What was supposed to be a fresh start in London instead saw Nolan paint more Kelly works, but in 1955 he was seeking inspiration. Accompanied by his wife, Cynthia, he travelled to Greece with the thought of exploring the mythology of the Trojan War and visited archaeological sites and museums in Athens and Delphi. In late November the couple went to Hydra as guests of their friends, the Australian authors George Johnston and Charmian Clift, who were living there. The plan was to stay a few weeks, but they did not leave Greece for another five months. As the Johnston's house was too small, Nolan and Cynthia moved into the seventeenth century mansion owned by the distinguished artist Nikos Hadjikyriakos-Ghikas while he was in Athens. The fortress-like house, set high above a rocky headland with beautiful views, was surrounded by a terraced garden of cacti, almonds, goats, and wildflowers. A contemporary article described their simple life: 'The Nolans lived for a few pounds a week, including wood for fires in winter. They generally had porridge for breakfast, bread, cheese and wine for lunch, and most evenings climbed down the hill to one of the village cafes.' When the weather permitted, Nolan painted outdoors within the garden walls.

Nolan's time in Greece was one of the most influential periods of his life. Besides the paintings made in Greece that are offered in this auction, it was the genesis of two significant series, Gallipoli and Leda and the Swan (Leda was the mother of Helen of Troy). Colin MacInnes, the author of the 1961 monograph on Nolan, considered that Greece was Nolan's 'true European hearth'. Throughout his career, Nolan's inspirations came from travel, literature, and poetry. On Hydra, he combined them all. He revelled in the rugged aesthetic of the island and its inhabitants and immersed himself in Homer's Iliad and Robert Graves' newly published The Greek Myths. Within days of arriving, Nolan began his Greek series with a frieze-like sequence of works painted in terracotta oil depicting Trojan War warriors in combat. As Johnston later wrote of these, Nolan associated 'the great Trojan epic tragedy with drought paintings he had done, with an Australian background of parched earth, dust, prickly vegetation, death, heat, bones in the dry burning of the sun'. He sensed 'a parallel, indeed a mutual poetry concerned with human struggle'. As weeks passed, the series developed and added Theseus and the Minotaur, Icarus, ancient theatre masks, and portraits of helmeted Homeric heroes.

In contrast, other works from the time depicted the contemporary world that Nolan observed daily: a priest in sunglasses, prickly pears and goats, cliff-top villages, and boats in the harbour. Visits to Mykonos, Delos, Santorini, Crete, and the Peloponnese linked the modern world to the ancient. MacInnes wrote, 'in Greece as it is and was, Nolan had found a familiar country, rich in myths, which pictorially, he tried to understand in order to create myths for his own people. The feeling of these Greek pictures is pre-classical, but the forms are those that he, like all European artists, has inherited from Classical Greece: it is the mood of the one civilisation, expressed in the forms of the other.'

At the end of his Greek sojourn, Nolan exhibited a group of Greek series works at the British School, Rome, during his residency there. Others he sent for exhibition at Macquarie Galleries, Sydney, where the National Gallery of Victoria immediately purchased four (they acquired two more later) and to a second exhibition at the Johnstone Gallery, Brisbane. However, most of the Greek paintings were kept by Nolan, and no less than twenty were included in his first major museum retrospective held at the prestigious Whitechapel Gallery, London, in 1957. In 2017 the exhibition Sidney Nolan: the Greek Series was held at the Hellenic Museum, Melbourne, and in 2021-22 numerous works from the series were included in the major exhibition Sidney Nolan: Myth Rider at TarraWarra Museum of Art, Victoria.

Nolan returned to Greece late in 1956 and again the following year. During his October 1957 trip, he visited Troy and Gallipoli, and at that moment, two wars separated by millennia began to merge in his mind. Works from Nolan's Greek series are included in the collections of the National Gallery of Australia, Canberra (2), National Gallery of Victoria, Melbourne (6), the Art Gallery of New South Wales, Sydney, and the Australian War Memorial, Canberra. 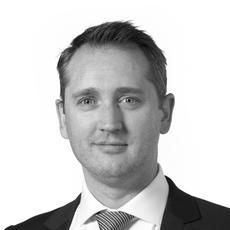