Rupert Banner is the Group Motoring Director, based at Bonhams New York and responsible for overseeing the International Motoring Department. He is an auctioneer, business getter, cataloguer, researcher and valuer with 25 years' experience in the auction industry, at all three major international houses.

In over 12 years with Bonhams, Rupert has helped develop the calendar of US auctions, pioneering new venues at the Greenwich Concours d'Elegance, Simeone Automotive Foundation in Philadelphia, Pennsylvania and in Amelia Island, Florida. He has handled the successful single-owner collection sales of Richard C. Paine Jr., Dr. Ralph W.E. Cox Jr., and, most recently in 2018, The Jacques Vander Stappen Collection and The Den Hartogh Ford Collection.

Highlights of Rupert's Bonhams career have ranged from Victorian and Veteran era motorcars to the Solomon R. Guggenheim's 1978 BMW M1 Art Car and first 2014 Ferrari LaFerrari to be sold publicly. With a particular leaning towards the great pre-war marques, recent successes have included world records for a 1935 Alfa Romeo 8C-35 Single Seater at $9.4m, a production Blower Bentley at $4.6m, and the Ex-Earl Howe Bugatti Type 51 at $4m.

Mercedes of all eras have been a major part of his career, such as the 1904 Mercedes 28/32hp sold at Quail Lodge in 2016 for $2.64m, and he handled no fewer than three of the legendary supercharged Mercedes Typ S cars, one of which sold for $4.45m from its original family's ownership. Other interesting projects have included finding a rare 1934 Mercedes-Benz 500K Spezial Roadster, which, having been bricked up behind a wall in a Scandinavian bunker, was sold for more than $4.4m to benefit two Swedish charities.

As an auctioneer, Rupert regularly takes major motoring department auctions as well as those from 20th Century Decorative Arts, to Jewelry and Watches and has helped charities such as the Peter Michael Foundation and New York Junior League.

Alongside the auction business, he is a board member of the Simeone Automotive Museum Foundation, Greenwich Concours and long-time New York Car Club the Madison Avenue Sports Car Driving and Chowder Society. And as an active enthusiast for the hobby, he is 25-time entrant on the Bonhams London to Brighton Veteran Car Run each November and has regularly competed on road tours such as the Tour Auto, Copperstate Rally and New England 1000. 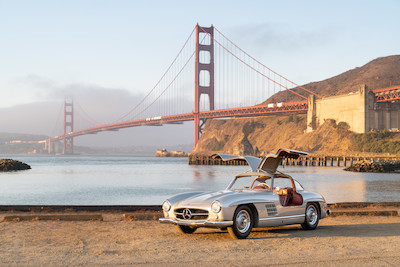 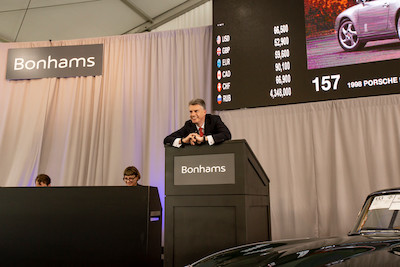