Eric Minoff is a Specialist in the Motoring Department at Bonhams in New York. He specializes in offering advice on the valuation, appraisal and sale of collectors' motorcars and motorcycles at auction.

Minoff joined the Bonhams West Coast Motoring Department in early 2007, relocating to New York in a more senior position in January of 2012.

Since becoming part of the Motoring team, he has been instrumental in the sell-out Wallace 'Wally' Lewis Collection sale in Portland, Ore., the world auction record of a Frazer-Nash and Austin-Healey, as well as numerous other auction successes. Minoff has greatly contributed to the rapid growth of motorcar auction sales at Bonhams in the U.S.

Prior to joining Bonhams, in 2006 Minoff earned his Bachelor of Arts in History and Political Science from Emory University in Atlanta. He is originally from Chicago and he established himself as familiar face in the Midwest vintage car scene. 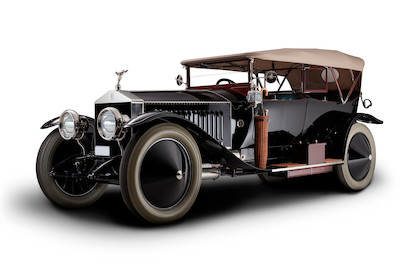