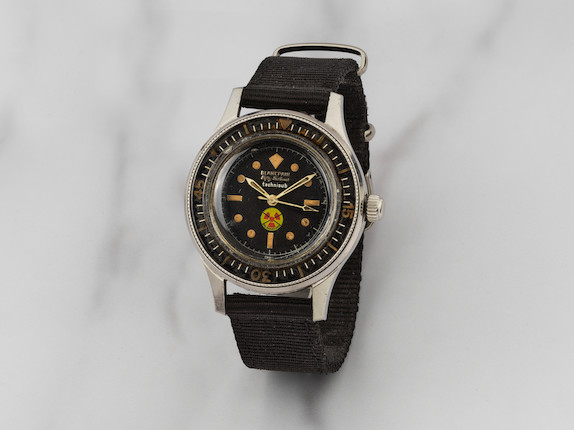 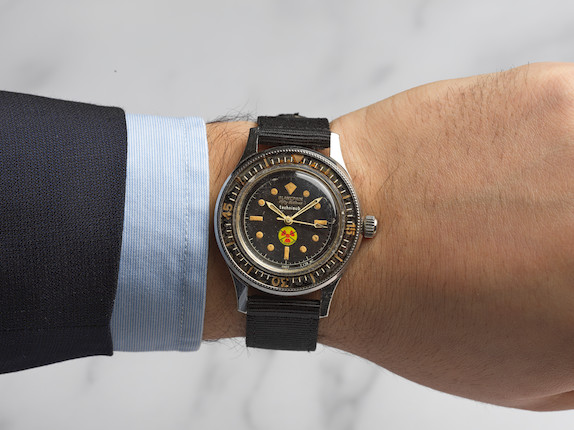 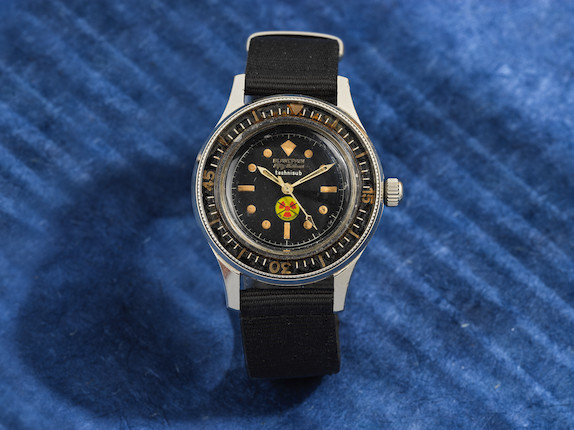 Our Watches specialists can help you find a similar item at an auction or via a private sale.

In 1932 the family's management of Blancpain, which had lasted for over two centuries, came to an end. The new owners were two employees of the company who were required by Swiss law to change the name of the business. They took the name "Rayville S.A., succ. de Blancpain". "Rayville" being a French phonetic anagram of Villeret. Despite this change of name, the identity of the Manufacture was perpetuated, and the characteristics of the brand were preserved.

The Fifty Fathoms watch was born in the 1950's from the encounter between Blancpain and two French naval officers, Captain Robert "Bob" Maloubier and Lieutenant Claude Riffaud, who were entrusted by the French Ministry of Defence with creating an elite Combat Divers unit. Having realised that none of the existing diver's watches were sturdy enough to withstand the extreme conditions of underwater military operations, they requested Blancpain to make a breakthrough development by producing a resistant, reliable and readable watch to accompany divers in their perilous missions.

In 1953, the first modern diver's watch, christened "Fifty Fathoms", emerged from the Blancpain workshops. The watch was named after the water resistance of the original model, guaranteed to a depth of 50 fathoms (equivalent to 91.45 metres). The Fifty Fathoms soon earned itself a great reputation for reliability and sturdiness and established itself as the archetypal modern diver's watch.

Our model has a black 'No Radiation' dial. This is a symbol above the 6-hour position that indicates that the lume on the watch is not radioactive. Furthermore, the word 'Technisub' is displayed below the 12-hour position. Technisub was a distributor of diving equipment in Italy, founded by Luigi Ferraro in 1962, and for this company Blancpain made a small batch of watches featuring 'Technisub' on the dial.

This year, Blancpain celebrates the 70th Anniversary of this iconic diver's wristwatch.