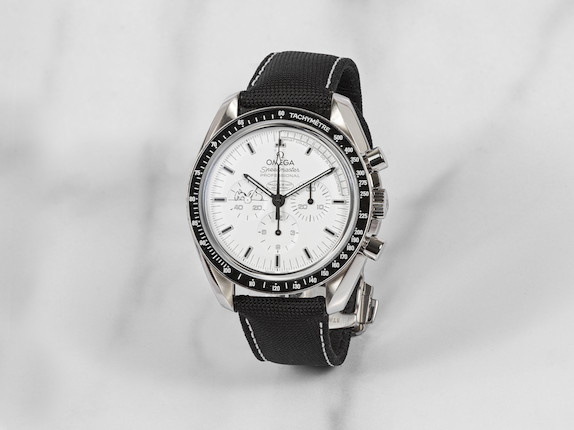 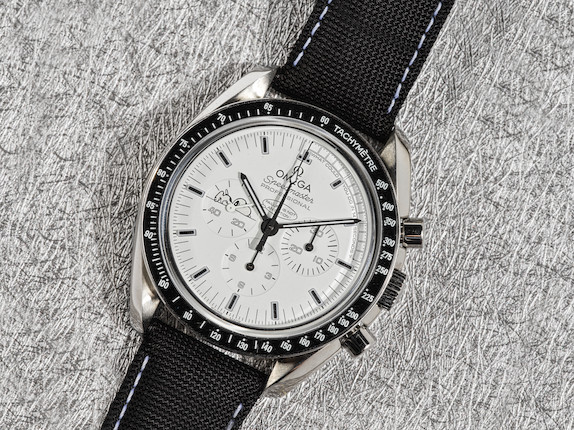 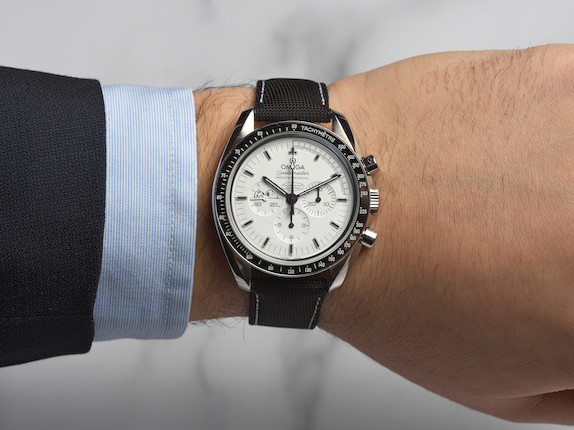 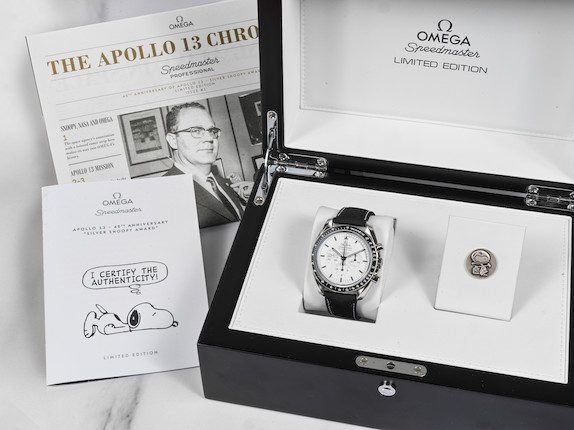 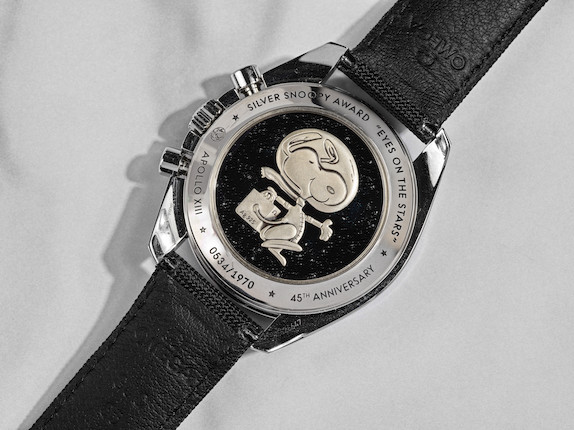 How to bidGet shipping quote

In 1970, the crew aboard Apollo XIII used their Speedmaster watches as part of their perilous yet successful return to Earth, an action for which Omega received NASA's Silver Snoopy Award.

The Silver Snoopy is a NASA award given to crews and suppliers who have contributed towards the success of a mission. Omega was given this award in 1970 in recognition of its role in providing reliable timepieces for use by NASA astronauts, most notably during the near-disastrous Apollo XIII mission, where the watch was crucial to timing the manual activation of a propulsion system that corrected the course of the lunar module.

For the 45th anniversary, this inspired "Moonwatch" has been created in a Limited Edition series of 1,970 pieces. The design has been refreshed with a white dial that features a Super-Luminova Snoopy on the subsidiary dial at 9.