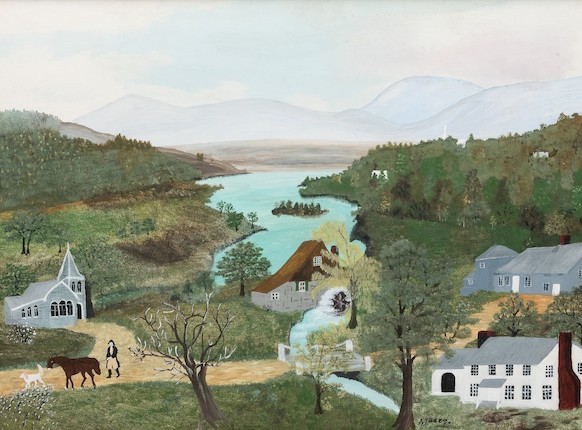 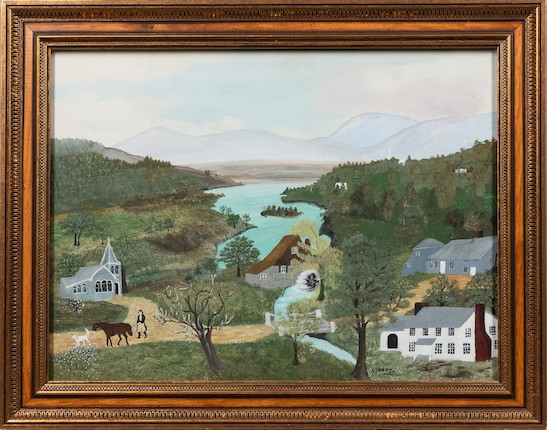 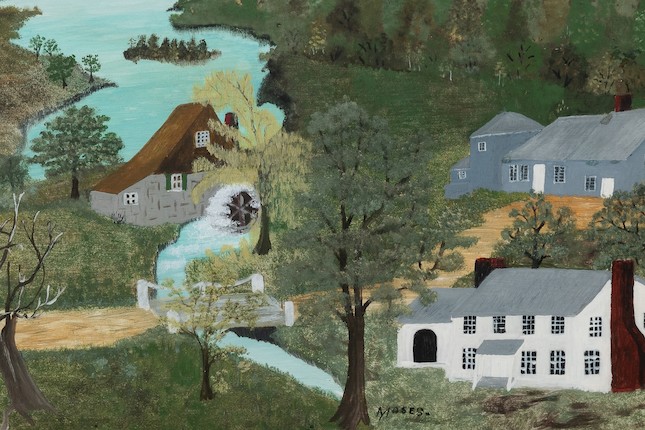 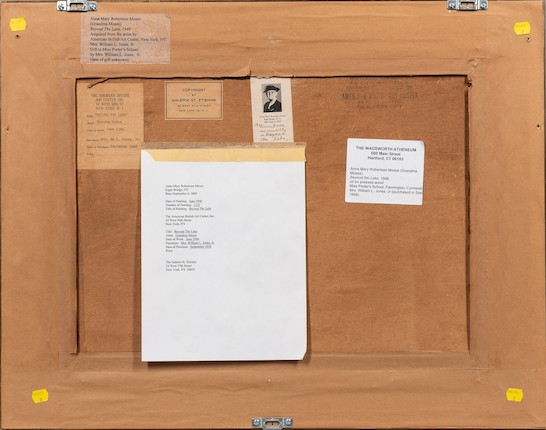 Our American Art specialists can help you find a similar item at an auction or via a private sale.

Provenance
From the artist to the American British Art Center, New York
Purchased from the above by Mrs. William L. Jones, Jr., September, 1948
By gift from the above to Miss Porter's School, Farmington, Connecticut, date unspecified.

N.B.
Born in 1860, just before the outbreak of the civil War, Anna Mary Robertson "Grandma" Moses grew up on a farm in upstate New York. By at the age of 12 she was employed doing housekeeping and various farm chores to a wealthier family in the area. While she enjoyed drawing even as a child, it was not until her 70s that she began painting in earnest. By this time her husband had passed and she found many of the chores of her younger days difficult. Her subjects harkened back to the days of her youth and as a young farmwife. In 1938 a collector discovered her works in a local drug store. He purchased the entire group, and eventually showed them to Otto Kallir of the Galerie St. Etienne in 1940. By 1945 Hallmark had purchased the rights to several images to create Christmas cards.

Although marketing her works was the furthest possible idea from the artist's mind, her arrival in the art market couldn't have been better. On the heels of the depression and at the outbreak of World War II, her images of the joys of simple, country life appealed to viewers at a moment when current events were overwhelming. The nostalgic subjects were perfect for lifting the public's spirits and her fame and popularity grew. She was on the cover of both Time and Life magazines and was even interviewed by Edward R. Murrow.

Founded in 1843 by Sarah Porter, Miss Porter's School educates young women from around the country and the world to become informed, bold, resourceful, and ethical global citizens. Donated to the School by Augusta Jones, class of 1917, the proceeds from the sale of this work will further support the school's mission to educate young women.

The copyright for this picture is reserved to Grandma Moses Properties, Co., New York.