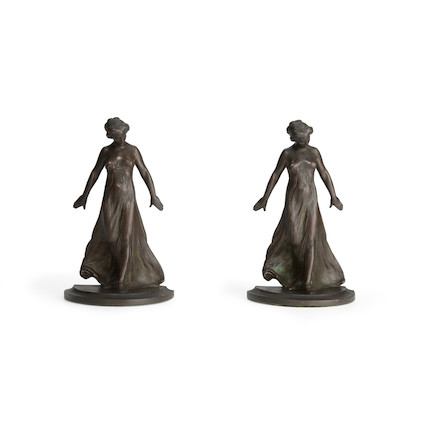 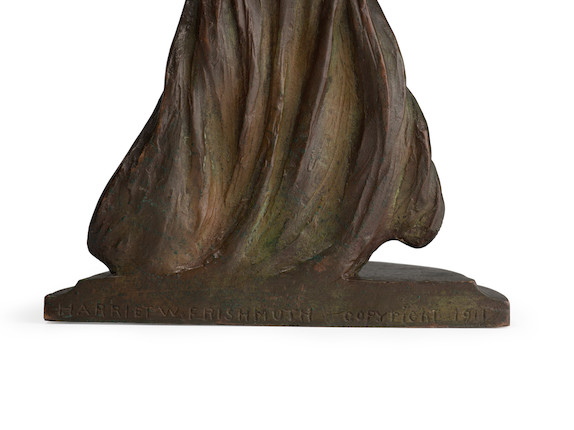 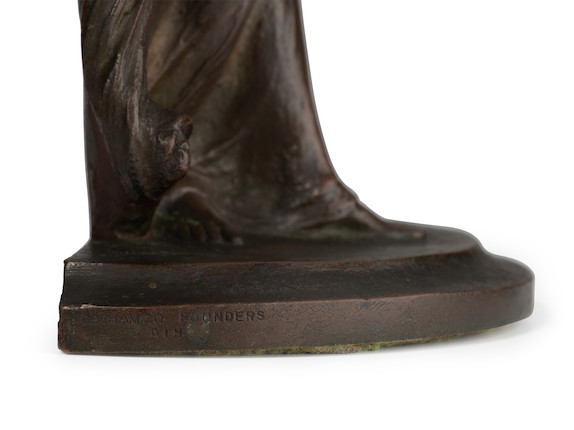 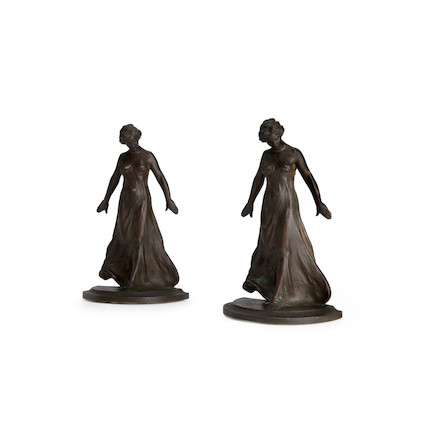 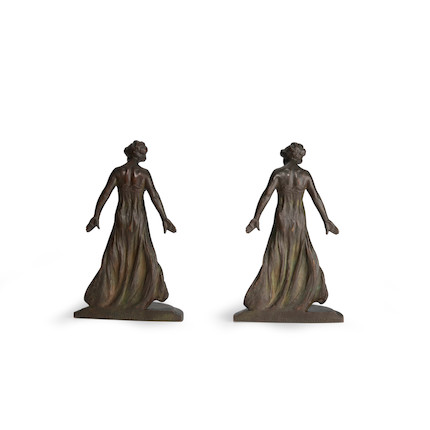 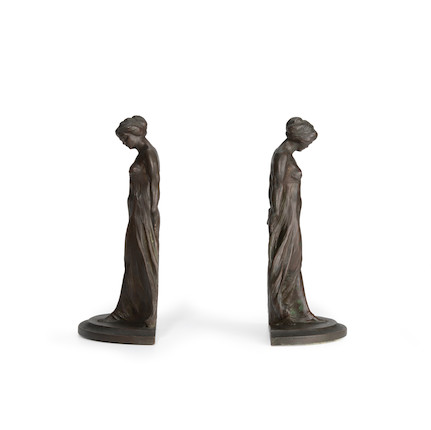 Our American Art specialists can help you find a similar item at an auction or via a private sale.

Provenance
Private collection.
Acquired from the above by the present owner, 2017.

Between 1910-12, Harriet Whitney Frishmuth actively set forth into designing and producing functional objets d'art, such as paperweights, ash trays, and bookends. Greek Dancers, which she modeled two versions of in 1910 and 1911, is one of three designs for bookends that Frishmuth created during this period alongside Pushing Men Bookends and Female Figure Bookends, both modeled in 1912. The elegantly decorative and functional qualities found in these works, such as in the second version of Greek Dancers, were in high demand during the early twentieth century and Frishmuth's close associations with her preferred foundry, Gorham made producing these works a commercially fruitful venture.