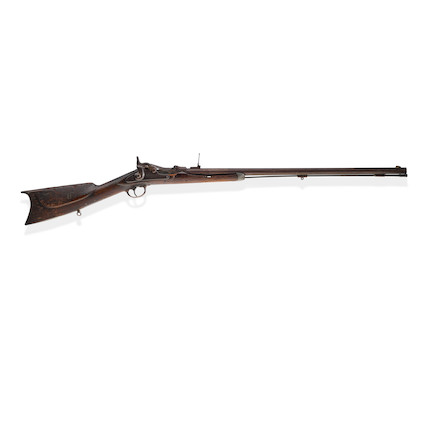 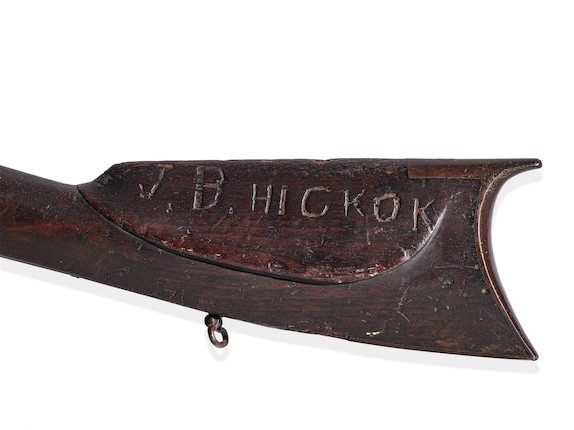 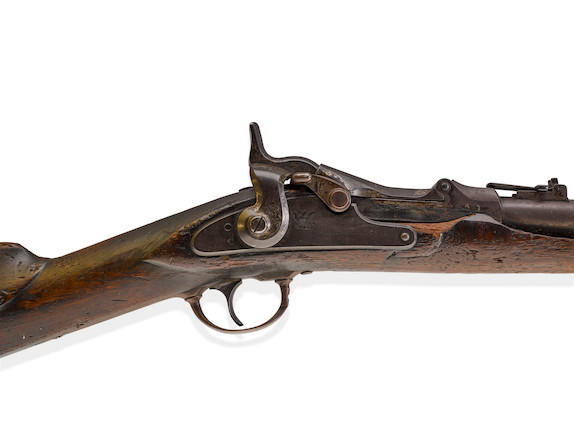 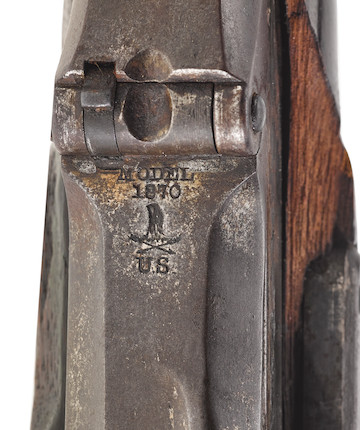 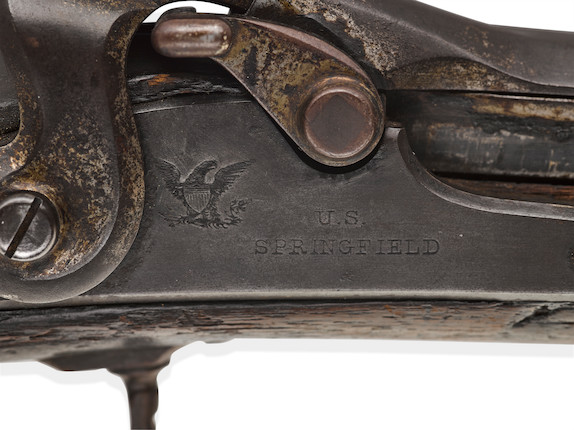 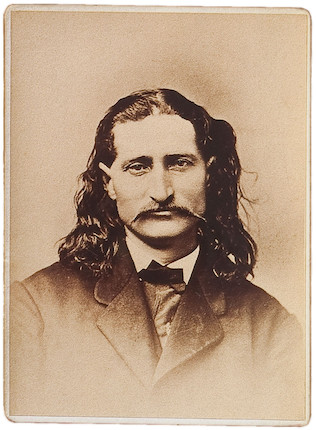 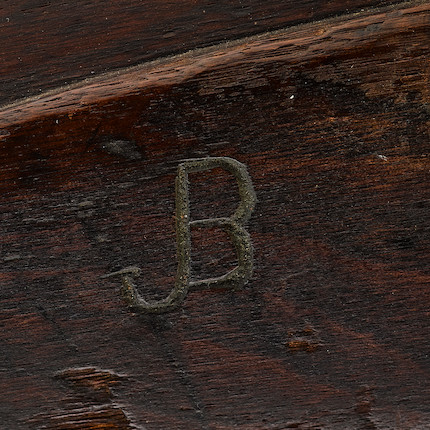 WILD BILL HICKOK'S SPRINGFIELD TRAPDOOR RIFLE BURIED BY HIS SIDE AT DEADWOOD SOUTH DAKOTA ON AUGUST 3, 1876.

THE MOST DOCUMENTED WILD BILL HICKOK GUN KNOWN: HIS PRIZED SPRINGFIELD SPORTER WHICH WAS BURIED WITH HIM AT DEADWOOD IN 1876.
Even if tales of James Butler "Wild Bill" Hickok having killed "over one-hundred men" are overstated, Hickok remains in many ways the archetypal gunfighter of the Wild West: cool, calm, deadly when necessary, but acting with attention to law and justice. Called "Bill" or "William" since the mid-1850s, Hickok served the Union during the Civil War as a wagonmaster, courier, and a scout, earning the nickname "Wild Bill" in the process. An 1867 Harper's New Monthly Magazine article brought his exploits to the general public, and Hickok again went to work as a scout, meeting Lt. Col. George Armstrong Custer for the first time.

By 1876, he made his way to Deadwood, South Dakota, where he prospected with Colorado Charlie Utter and gambled. On August 2, 1876, he was shot in the back of the head by Jack McCall, holding a poker hand of aces and eights (now popularly known as the "dead man's hand"). At the time of his death, he was revered and feared in the west for his quickness and skill, both as a lawman and as a gunfighter.

Journalist Leander Richardson, who had met Hickok just days earlier, recalled the scene at the funeral: "The body was clothed in a full suit of broad-cloth, the hair brushed back from the broad forehead, and the blood washed from the pallid cheek. Beside the dead hero lay his rifle, which was buried with him. The funeral ceremony was brief and touching, hundreds of rough miners standing around the bier with bowed heads and tear-dimmed eyes,—for with the better class 'Wild Bill' had been a great favorite" (Richardson, "A Trip to the Black Hills," Scribners Monthly 13, April 1877).

In 1879, with the growth of the town of the town of Deadwood, the original site of "boot hill" (the Ingleside Cemetery) had to be moved, and on September 3 of that year, Colorado Charlie Utter, William Austin, Lewis Schoenfeld and John S. McClintock moved him to the current resting place in Mount Moriah Cemetery. John S. McClintock describes the move in vivid terms in his 1939 memoir Pioneer Days in the Black Hills p (114). In the description, and according to the foremost authority on Hickok, Joseph Rosa, McClintock notes that this Springfield rifle "with the name of J.B. Hickok engraved [carved] in the wood" was removed and came into the hands of John Bradley of Spearfish, SD, "who used the gun for many years afterwards." Rosa gives a detailed description of the provenance, descending from Bradley to Allen Toomey, its exhibition for many years at the Adams Museum in Deadwood, to Isabel Toomey, and then sold to Jim Earle in 1993. Rosa's description encompasses the entirety of Chapter 13 ("Wild Bill Hickok's Rifle") in his book Wild Bill Hickok: Gunfighter.

In an article for Wild West Magazine in 2014, Rosa wrote that the "only authenticated Hickok weapon is the rife removed from his coffin in 1879 and now owned by Jim Earle in Texas." While we have seen other Hickok weapons that are likely authentic, it is extremely rare to find such an excellent provenance on one of the West's most important icons.

"His skill in the use of the rifle and pistol was unerring; while his deportment was exactly the opposite of what might be expected from a man of his surroundings. It was entirely free from all bluster or bravado. He seldom spoke of himself unless requested to do so. His influence was unbounded, his word was law." -General George Armstrong Custer on "Wild Bill" Hickok.