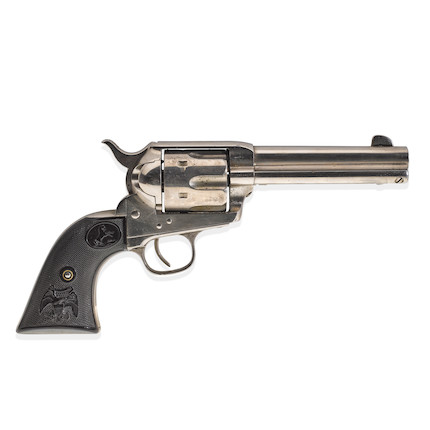 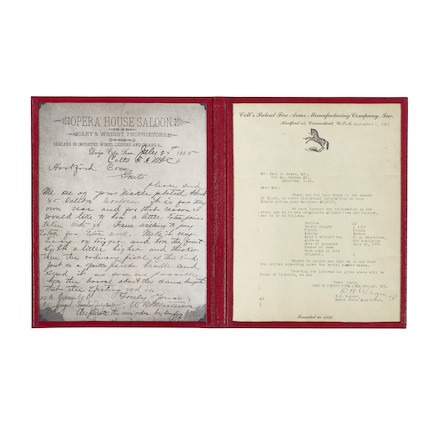 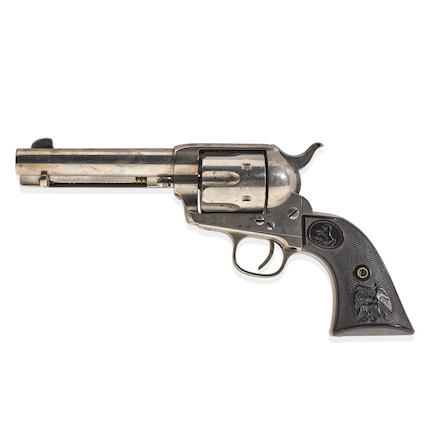 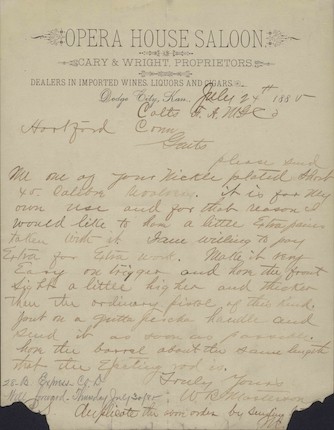 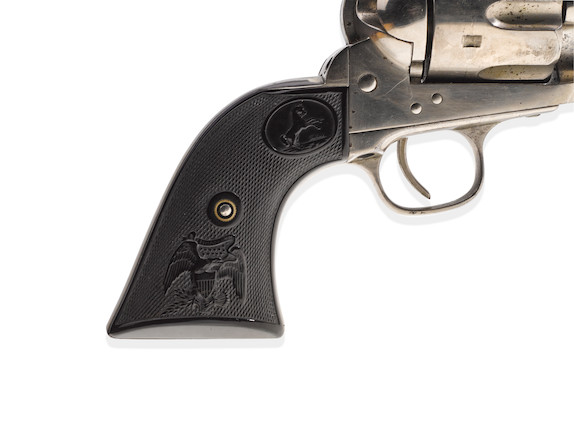 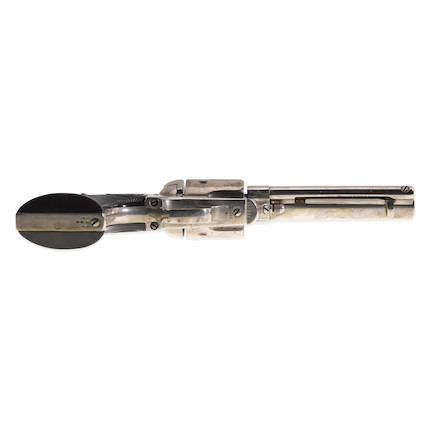 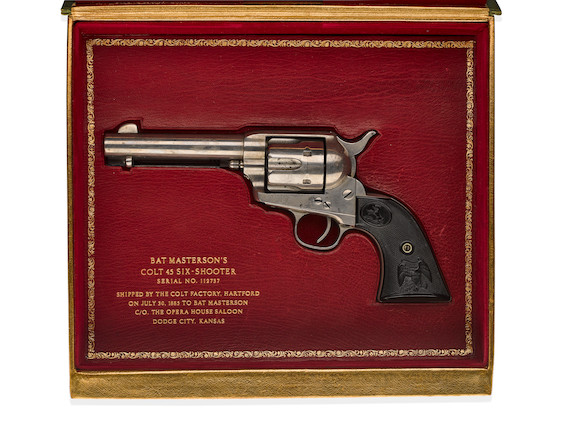 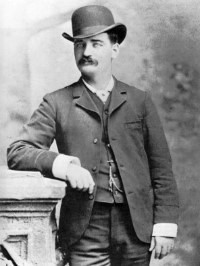 THE MOST FAMOUS OF BAT MASTERSON'S COLT SINGLE ACTIONS, ORDERED JULY 24, 1885 FROM THE OPERA HOUSE SALOON, DODGE CITY, KANSAS.
According to Masterson's famous letter, still present in the Colt Archives in Hartford, CT (and reproduced here), Masterson took great care in requesting his weapon, asking for an easy trigger, higher site, and gutta percha grips, details one would expect from a man who expected to use it. Masterson ordered nine Colt Single Actions between 1879 and 1888, but this is the most famous: ordered with his fantastically detailed letter at the height of his popularity and fame—and specifically stating that he is ordering it for his own use.

Masterson first arrived in Dodge City in 1876, quickly assuming a legendary role in Western law enforcement alongside his friend Wyatt Earp. He served as Sheriff of Dodge City as well as a U.S. Marshal, but was defeated in 1879, in part because of his participation with Earp and Doc Holliday in the Royal Gorge Railroad War. He spent time gambling in Colorado, as well as dealing Faro in Tombstone in early 1881 with Earp and Holliday, before returning to Dodge in order to help his brother Jim in April 1881. After a wide open shootout in the town square outside the Long Branch Saloon, he left again for Colorado, only to return to Dodge in 1883 to assist Luke Short against Masterson's old nemesis Larry Deger, bringing Earp, Holliday, as well as a host of other gunfighters. He returned again in 1885, acting as house dealer in the Long Branch and the Opera House Saloons, and taking the occasional deputy appointment when called. Indeed, during the July 4th celebrations, he was voted the "most popular man in Dodge City," receiving 170 of 310 votes, and awarded an engraved Elgin pocket watch and gold cane. With the specter of temperance creeping through Dodge City in late 1885, Masterson removed himself from Dodge for the last time.

Masterson's exploits are legendary and varied. As the Medicine Lodge Cresset noted on December 3, 1885, "It is to his credit that he has never been known to take cowardly advantage of any opponent, and that most, if not all, the men he killed were more of an ornament to a graveyard than to society." This is an important relic, with exquisite documentation, from one of the West's most important and iconic figures.

Gents
Please send Me one of your nickel plated short .45 calibre revolvers. It is for my own use and for that reason I would like to have a little Extra pains taken with it. I am willing to pay Extra for Extra work. Make it very Easy on the trigger and have the front Sight a little higher and thicker than the ordinary pistol of this Kind. Put on a gutta percha handle and send it as soon as possible, have the barrel about the same length that the ejector rod is.
Truly Yours,
W B Masterson