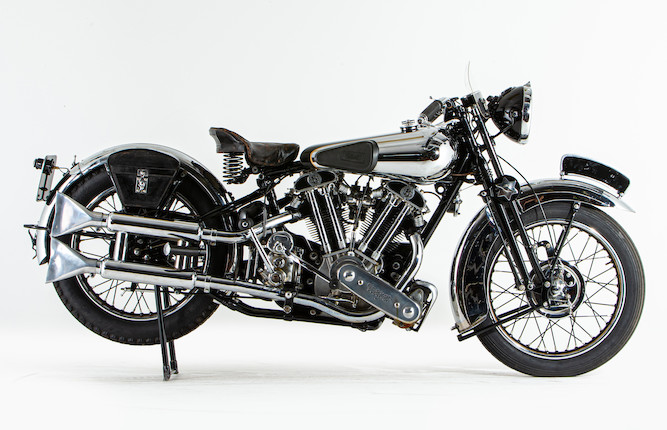 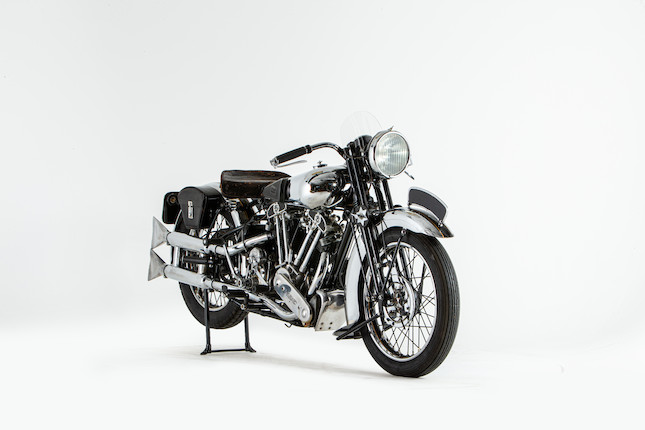 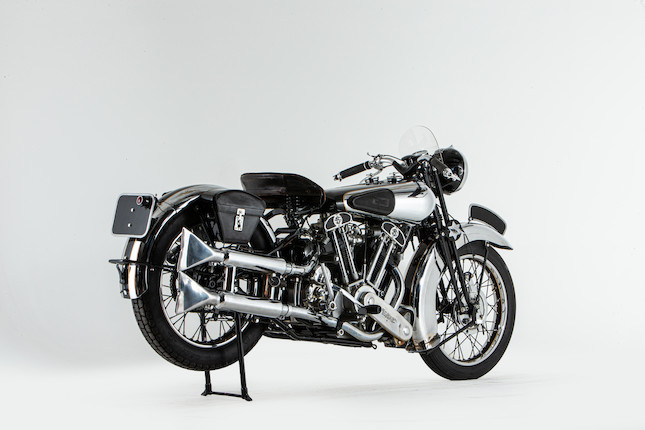 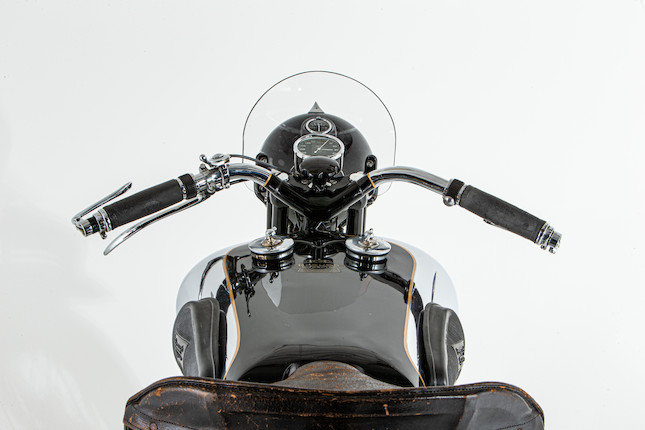 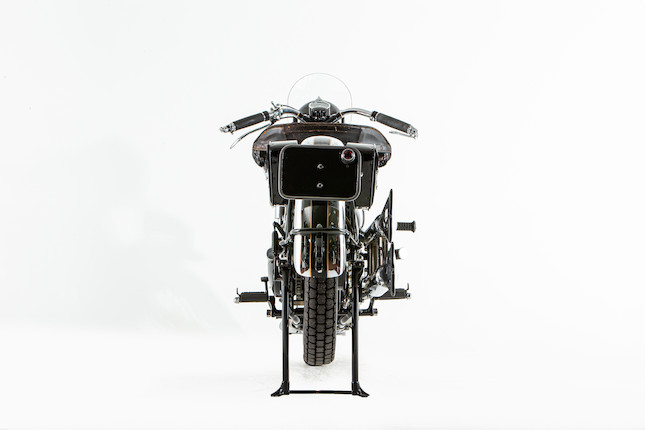 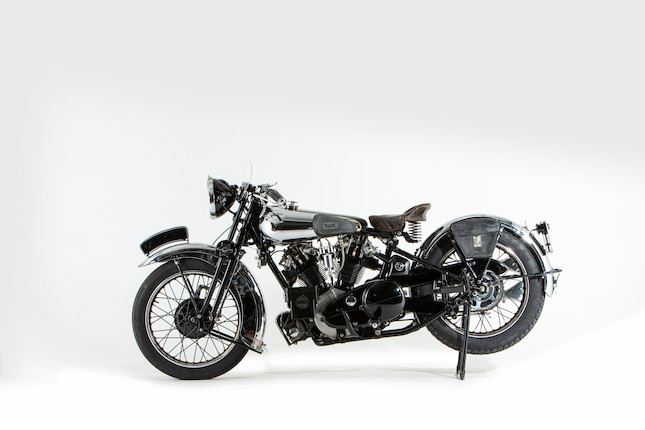 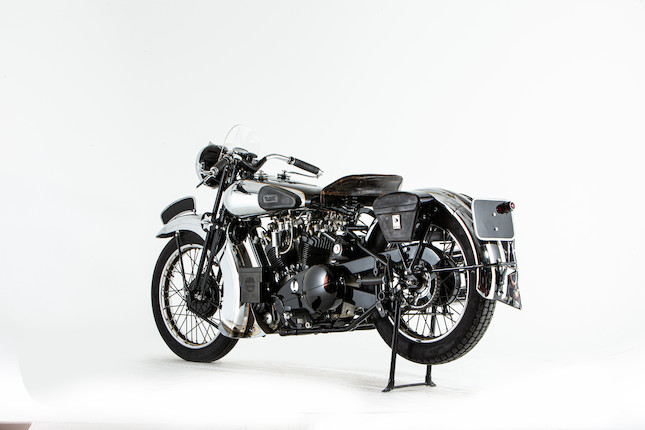 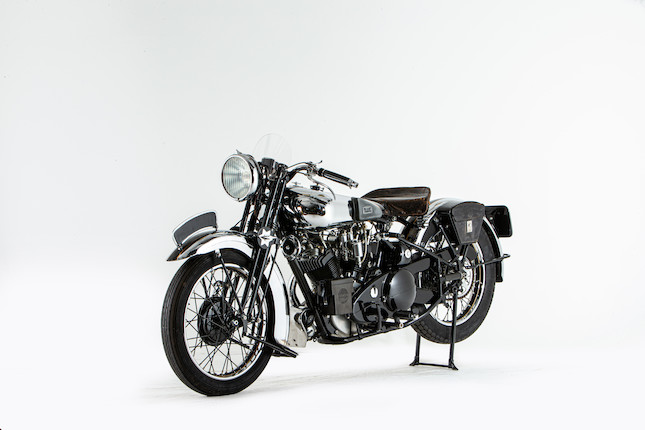 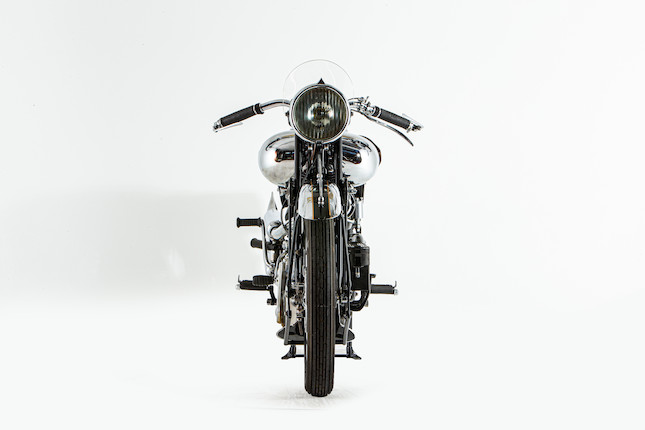 Legendary superbike of motorcycling's between-the-wars 'Golden Age,' Brough Superior - 'The Rolls-Royce of Motorcycles' - was synonymous with high performance, engineering excellence and quality of finish. That such a formidable reputation was forged by a motorcycle constructed almost entirely from bought-in components says much for the publicity skills of George Brough. But if ever a machine was more than the sum of its parts, it was the Brough Superior.

W E Brough's machines had been innovative and well engineered, and his son's continued the family tradition but with an added ingredient - style. The very first Brough Superior MkI of 1919 featured a saddle tank - an innovation not adopted by the rest of the British industry until 1928 - and the latter's broad-nosed, wedge-profiled outline would be a hallmark of the Nottingham-built machines from then on. Always the perfectionist, Brough bought only the best available components for his bikes, reasoning that if the product was right, a lofty price tag would be no handicap. And in the 'Roaring Twenties' there were sufficient wealthy connoisseurs around to prove him right.

Introduced in 1922, the JAP-powered SS80 achieved instant fame when a racing version ridden by George became the first sidevalve-engined machine to lap Brooklands at over 100mph. With the new SS80's performance threatening to put the overhead-valve MkI in the shade, it was decided to completely redesign the latter. The result was the legendary SS100. First shown to the public in 1924, the SS100 employed an entirely new 980cc JAP v-twin engine. A frame of duplex cradle type was devised for the newcomer, which soon after its launch became available with the distinctive, Harley-Davidson-influenced, Castle front fork patented by George Brough and Harold 'Oily' Karslake. And just in case prospective customers had any doubts about the SS100's performance, each machine came with a written guarantee that it had been timed at over 100mph for a quarter of a mile - a staggering achievement at a time when very few road vehicles of any sort were capable of reaching three-figure speeds.

With this level of performance available in road trim, it was only to be expected that the SS100 would make an impact on the race track, particularly the ultra-fast Brooklands oval, and the exploits of Brough Superior riders - among them Le Vack, Temple, Baragwanath, Fernihough, and Pope - did much to burnish the marque's image. When Brooklands closed forever at the outbreak of WW2, Noel Pope's Brough Superior held both the sidecar and solo lap records, the latter at an average speed of 124.51mph.

Brough entered the 1930s with an entirely JAP-powered range and then, after a brief absence, the SS80 reappeared in 1935 as the SS80 Special, this time with an engine built by Associated Motor Cycles. The following year the SS100 adopted an overhead-valve version of the AMC power unit, and the two models continued to use the Plumstead-made engines until production ceased in 1939.

All of which serves to emphasise the essentially bespoke nature of the Brough Superior. Records show that this particular SS100, frame number 'M1/1661', was despatched to Rossleigh Ltd in Edinburgh, who were Brough Superior agents for much of Scotland. It has the lowest engine number ('1001') of all the AMC-powered production SS100s (the prototype's engine was '1000') but is actually the seventh of this model despatched from the Nottingham factory. Rossleigh's sales manager Jimmy Watson later recalled selling the Brough to first owner James Shaw of Blantyre, Lanarkshire.

Issued in 1960, an old-style logbook on file records the owner at that time as Hubert Don of Newport, West Calder, followed by Jimmy Watson's firm Watson Bros (Aidrie) Ltd in 1963. There is a (copy) photograph on file depicting Jimmy Watson with the Brough. 'VD 6582' was next owner (from 1964) by William Proctor of Accrington, Lancashire followed by John Proctor at the same address. In 1974 the machine passed to L Potter of Newbury and since 1979 has belonged to the National Motorcycle Museum, where it was restored to 'show' specification. Following its lengthy period of museum display, re-commissioning and the usual safety checks are advised before returning the Brough to the road. The machine is offered with a copy of its Works Record Card and a V5C document.

As with all Lots in the Sale, this Lot is sold 'as is/where is' and Bidders must satisfy themselves as to the provenance, condition, age, completeness, and originality prior to bidding.

Please note we incorrectly state the frame number as being '1042' in part of the catalogue text. The frame number is, per the description, heading, and works record card, M1/1661. Please click the link to view the walkaround video of Lot 232: click here