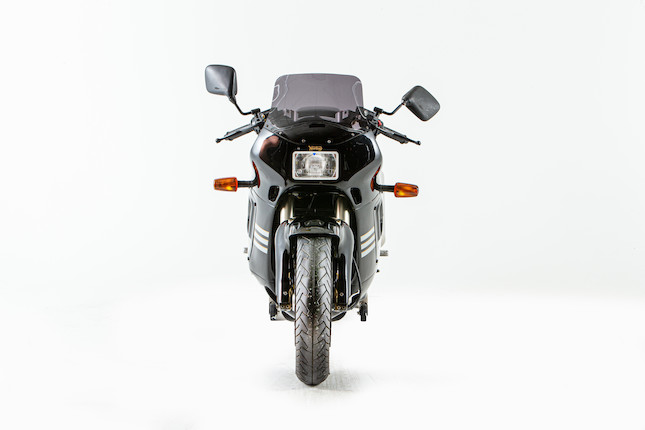 Norton's last valiant attempt to build a roadster around its fabulous rotary engine was easily the best looking. Race-styled and painted in the John Player Specials livery of Steve Spray and Trevor Nation's works bikes, the F1 made do with 94bhp as opposed to the racer's 150-plus, a figure putting its performance (top speed was around 145mph) on a par with that of contemporary sports 600s from Japan. In the quality of its equipment though, the F1 was streets ahead: Spondon alloy beam frame, White Power 'upside down' forks, White Power rear shock, and Brembo brakes all-round. The downside, however, was the F1's cost: a staggering £12,700 (a Honda VFR750 cost £5,799 at the time) but then quality never did come cheap. Perhaps not surprisingly, few were made before the factory hit yet another financial crisis and production ceased. Today, this last 'proper' Norton has become one of the most sought-after British motorcycles of recent times.

Displaying a total of 21,188 miles on the odometer, this F1 was purchased 'as is' from its first owner in July 2003. Accompanying documentation consists of an old-style V5C, photocopy old V5, and a valuation report (2005). The machine's mechanical condition is not known; accordingly, prospective purchasers must satisfy themselves with regard to its condition, completeness, correctness, or otherwise prior to bidding.

As with all Lots in the Sale, this Lot is sold 'as is/where is' and Bidders must satisfy themselves as to the provenance, condition, age, completeness, and originality prior to bidding.