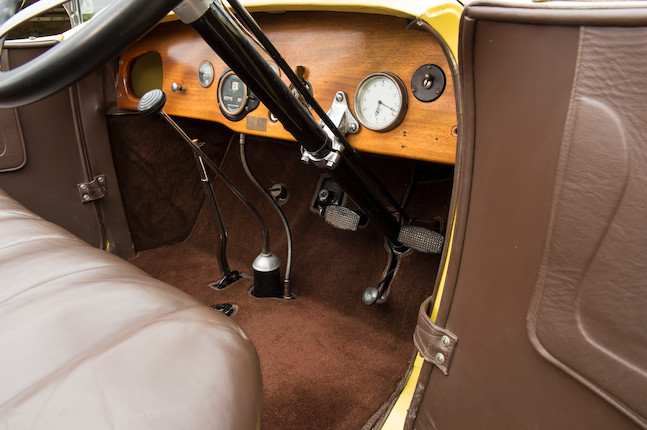 Engine and transmission suppliers to Ransom Eli Olds and then Henry Ford, the Dodge brothers - John and Horace - diversified into automobile manufacture in 1914. Featuring a 35hp four-cylinder engine, welded all-steel body and 12-volt electrical system, the first Dodge was a robust, 'right-first-time' design that changed little, apart from a couple of extensions in wheelbase length, over the course of the succeeding ten years. Dodge was second only to Ford in the US in 1920, but in that year both brothers died and the firm went into decline, falling to 13th place in the US industry rankings by 1928 when it was acquired by Walter P Chrysler. The latter wanted a cheaper car to complement his more upmarket Chryslers, and after only a year under his control Dodge had risen to 5th place in the manufacturing league table. By that time Dodge was offering its first six-cylinder car, and the last examples of the 'Fastest Four in America' would be built for the 1927/1928 model year. These were the Series 128 and 129, the latter distinguishable by virtue of its four-wheel hydraulic brakes.

This rare, right-hand drive Dodge 'Fast Four' would have been exported to the UK in chassis form for bodying in this country. It was originally owned by London-based author, Lesley Catchpole, who used it until the outbreak of war in 1939. Apart from a brief period in the early 1960s, the car is understood not to have been driven until it was sold at auction in 1987 following Mr Catchpole's death in 1986. Its purchaser was the current vendor, who commissioned Mr Mike Vardy of Mottisfont, Hampshire to restored it. On the restoration's completion 12 months later, the Dodge won the Class A category for pre-war cars at the Benson & Hedges Concours English National Final at Beaulieu and was 'highly commended' at the International Final at Syon Park (see press cuttings on file).

Significant works carried out over the course of the last 30 years include a full engine rebuild in August/September 2012, which was carried out by Motor Engineer Robert Large with specialist machining by Thomas Hamlin & Co (bills on file). Representing a wonderful opportunity to acquire one of these rare and powerful Vintage-era tourers, this concours-winning 'Fast Four' is offered with a V5 registration document and the aforementioned paperwork.