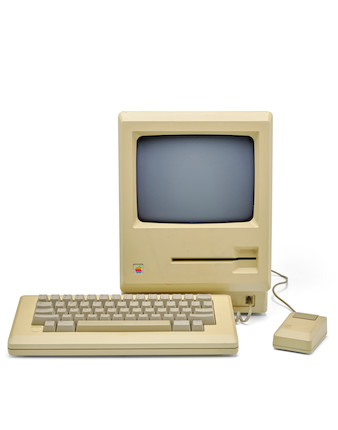 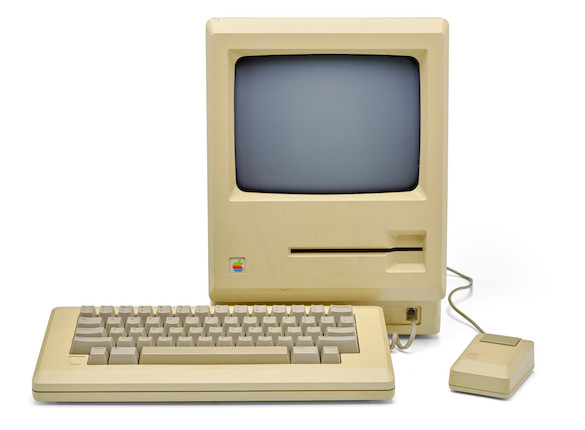 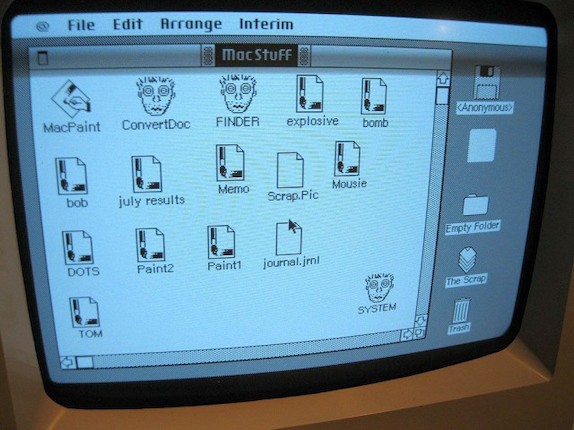 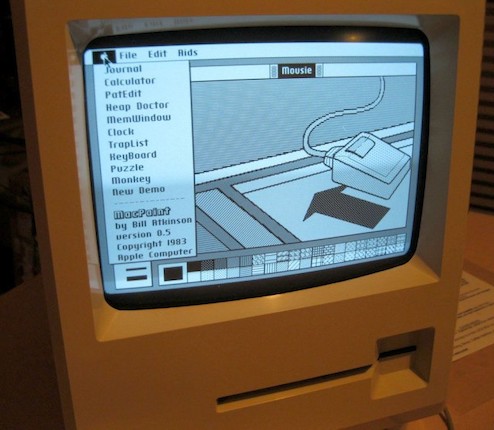 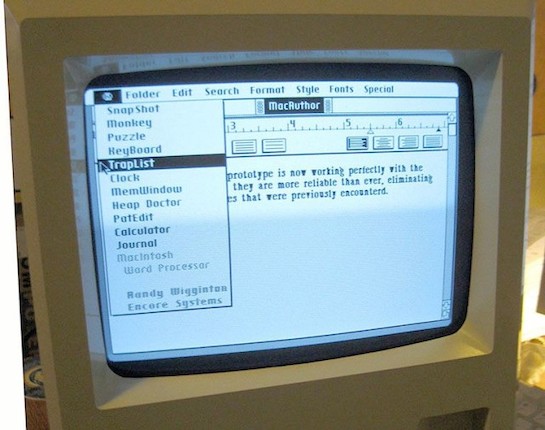 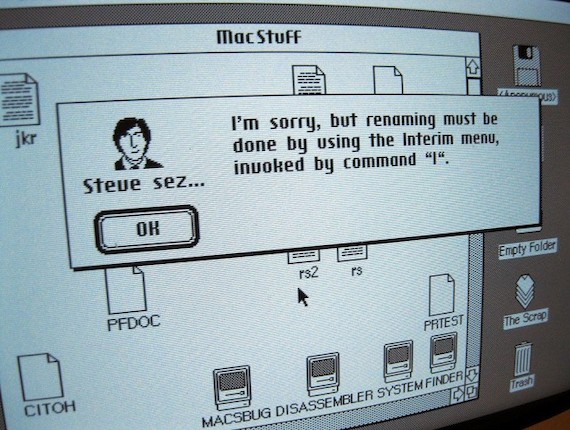 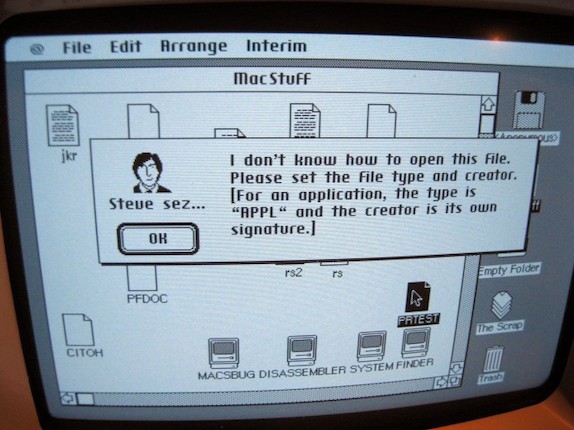 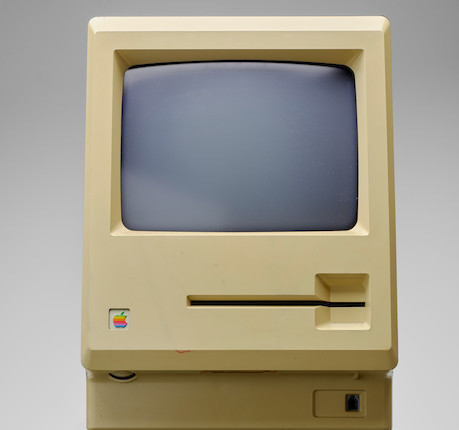 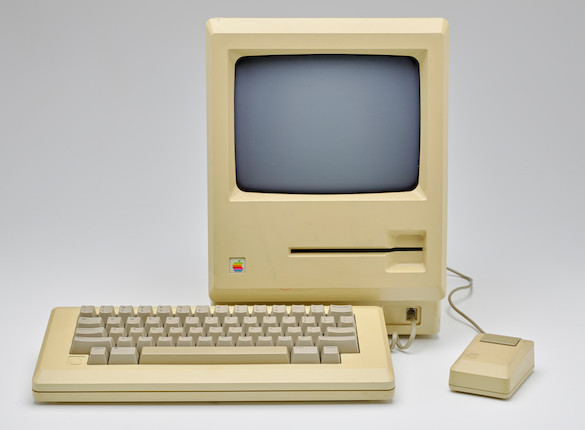 THE EARLIEST MACINTOSH—THE MACHINE THAT "HAS CHANGED OUR LIVES FOREVER" (Wozniak). Extremely rare working example of the earliest Macintosh prototype, with a functioning 5 ¼ inch Apple proprietary twiggy drive, one of only two known machines that survived after the move to the Sony 3 ½ inch drive.

The Macintosh began as a personal project of Jef Raskin, who envisioned a Swiss army knife of a computer: a low-cost, easy-to-use, high volume appliance named for his favorite apple. Already by 1981, utilizing the 16/32-bit Motorola 68000 microprocessor used in the Lisa, they had the design for a machine 60% faster and much less expensive than the Lisa. It was this design that caught the attention of Steve Jobs who, after being removed from the Lisa project, was looking for something new to capture his attention.

Once Jobs took interest in the project, it wasn't long before Raskin was forced out. Jobs "immediately saw that Burrell's machine could become the future of Apple" (Hertzfeld p 121). Jobs took over the project in January of 1981 and more than changed the direction, he wanted to build a "friendly" computer —the personal computer as a tool for personal empowerment. He engendered a non-conformist attitude in his team and a shared vision of a product that was "insanely great." It was an approach that utilized years later when Jobs returned to save Apple with the iMac, iPod, iPhone and iPad. "The best products, he [Jobs] believed, were 'whole widgets' that were designed end-to-end, with the software closely tailored to the hardware and vice versa. This is what would distinguish the Macintosh, which had an operating system that worked only on its own hardware, from the environment of Microsoft was creating in which its operating system could be used on hardware made by many different companies" (Isaacson p 137).

Still, Jobs recognized the importance of third-party software developers. After all, it was the third-party spreadsheet program Visicalc, created first only for the Apple II, that drove many to adopt the personal computer—beginning with the Apple II. The team created a manual for software developers, Inside Macintosh, and issued prototype Macintoshes to important developers like Randy Wigginton, Apple employee #6 who left in September 1981, but agreed to work on MacWrite as a semi-independent developer. MacWrite and MacPaint were the two major pieces of software bundled with the original Macintosh. Both incorporated the WYSIWIG (what you see is what you get) approach pioneered at Xerox Parc. The Macintosh would also take the GUI (graphical user interface) that Steve Jobs and the Lisa developers had borrowed from Xerox PARC and make it accessible to the masses. They realized that they had to show software developers how to work with this new playground, but unlike with the Apple II where each piece of software could have its own key commands, they wanted to maintain a consistent user experience.

Among the last-minute major changes to the Macintosh was the disk drive. The original plan was to use the new 5 ¼-inch "Twiggy" drive that was built to greatly expand the capacity of standard floppy disks. It soon became apparent with the release of the Lisa, which featured 2 of these drives along with a hard drive, that they were very unreliable and that it would be unfeasible to rely on a single "Twiggy" drive. The team scrambled, under the direction of Jobs, to develop their own 3.5-inch drive with Japanese company Alps based on the latest Sony drive, but realized, excepting Jobs, that they would never make it in time for the projected ship date. The team had to secretly work with Sony until Jobs was ready to acknowledge this—at one point having to hide a Sony employee in the closet to maintain the secret. The finished Macintosh used the new disk format which featured the same data rate as the Twiggy, was more robust than a 5 ¼ inch floppy and small enough to fit into a shirt pocket. Reportedly, Jobs had all of the existing twiggy prototypes destroyed.

The new Macintosh was launched during Superbowl XVIII with what is considered by many to be the greatest commercial of all time, "1984" by Ridley Scott. "The ad cast Macintosh as a warrior for the latter cause—a cool, rebellious, and heroic company that was the only thing standing in the way of the big evil corporation's plan for world domination and total mind control" (Isaacson p 162). Although originally sales were sluggish, the Macintosh's all-in-one, friendly design at a reasonable price eventually won out, and the "insanely great" philosophy of Steve Jobs that it embodied informs the devices that today have been inextricably woven into the fabric of daily life.
Hertzfield Revolution in the Valley [Sebastopol, 2005]; Isaacson Steve Jobs NY: [2011]; Levy. Insanely Great [NY: 1995].

"There are occasionally short windows in time when incredibly important things get invented that shape the lives of humans for hundreds of years. These events are impossible to anticipate, and the inventors, the participants, are often working not for reasons of money, but for the personal satisfaction of making something great.
The development of the Macintosh computer was one of these events, and it has changed our lives forever. Every computer today is basically a Macintosh, a very different type of computer from those that preceded it."
Steve Wozniak from the forward of Revolution in the Valley.


"I'm one of those people who think that Thomas Edison and the light bulb changed the world a lot more than Karl Marx ever did" (Steve Jobs quoted in Levy's Insanely Great).