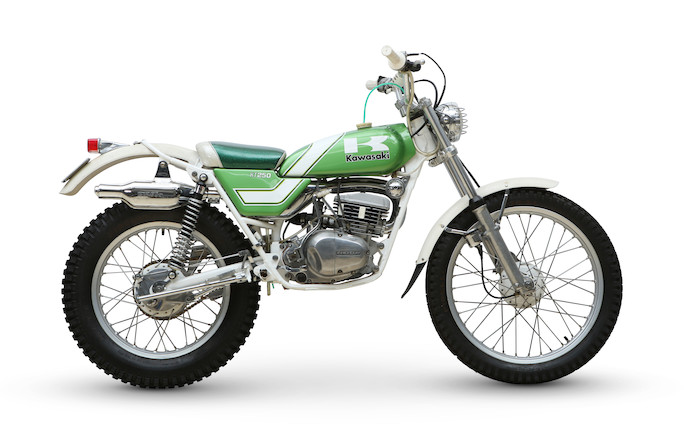 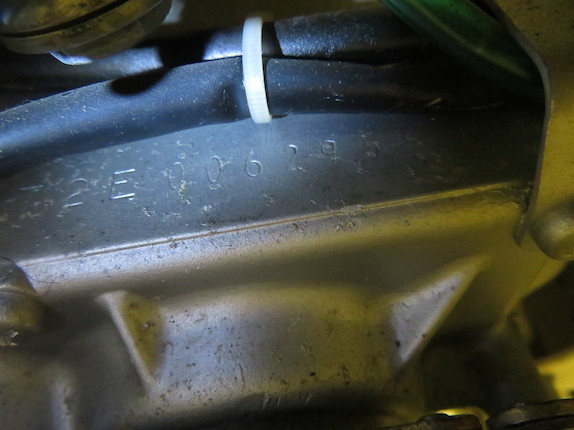 Development of the trials motorcycle has been marked by a series of high-profile collaborations between star riders and the sport's major manufacturers, most notably Sammy Miller's association with Bultaco (and later Honda). Miller's successful transformation of the Sherpa into a world-beater prompted rivals Montesa to recruit Don Smith and later Malcolm Rathmell to develop the Cota, while Mick Andrews was signed up by Ossa, giving his name to the 'Mick Andrews Replica'. Andrews would move on to Yamaha while Smith too was wooed successfully by a Japanese firm, transferring his allegiance to Kawasaki in 1972. Formerly with Greeves, Smith certainly had the CV to justify his appointment, having won the European Trials Championship on three occasions (1964, 1967, and 1969). Don built a prototype using a Kawasaki 450cc moto-cross engine, which led in 1975 to the launch of the production KT250, undeniably one of the best-looking trials bikes ever to come out of Japan.

This beautiful KT250 was purchased by the vendor in 2010, having been with its previous owner since 2004. The machine is offered with a V5C document.