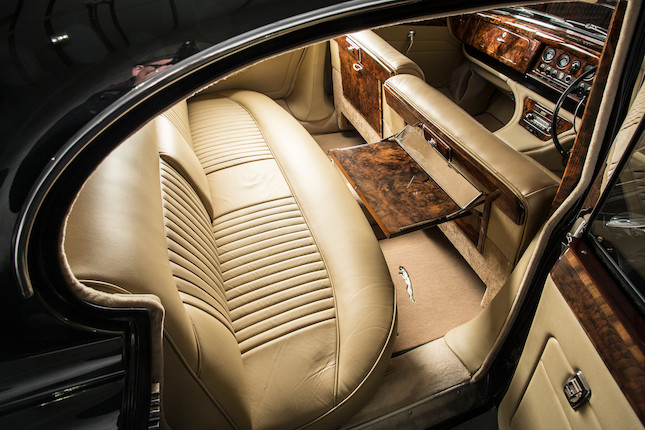 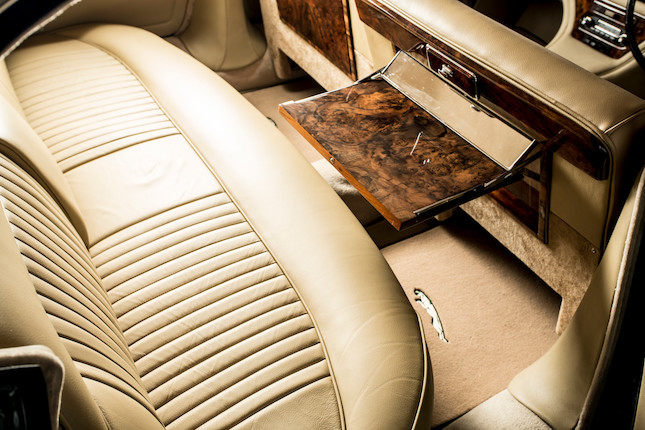 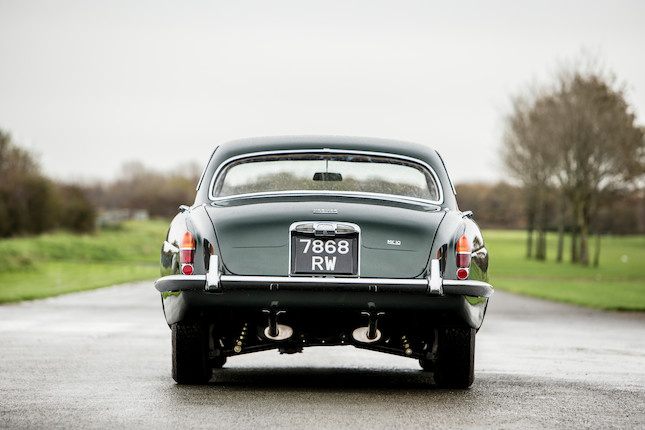 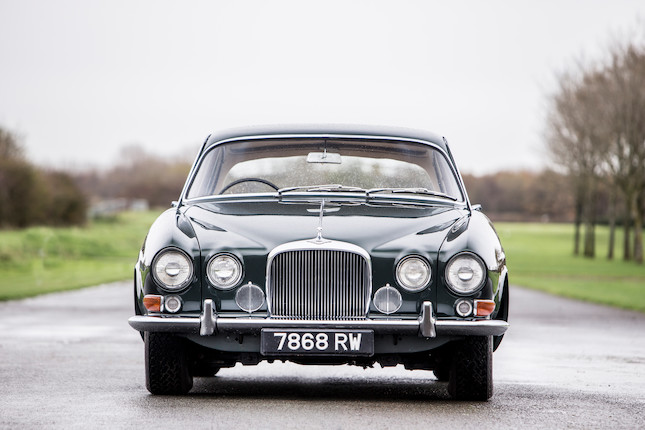 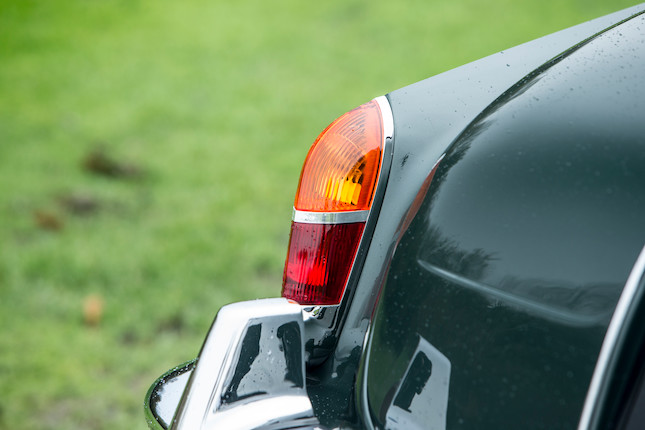 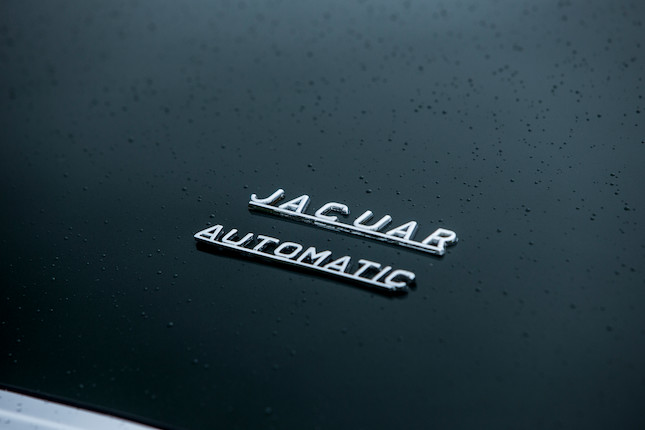 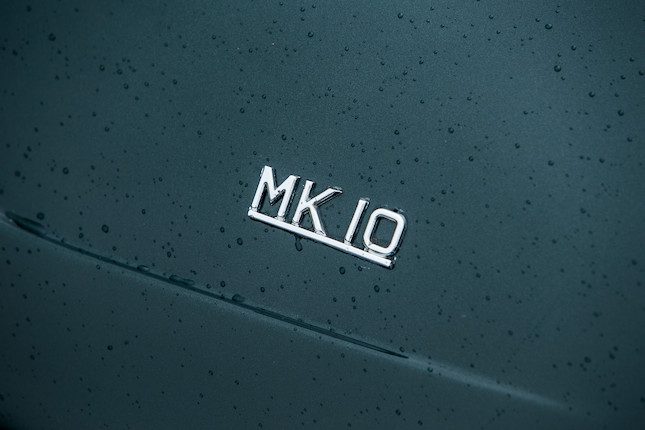 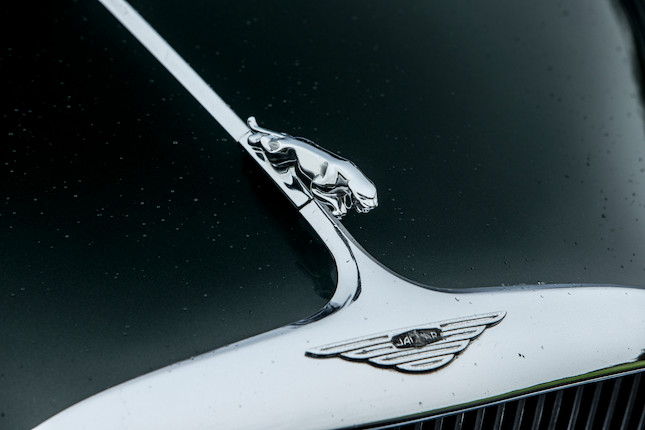 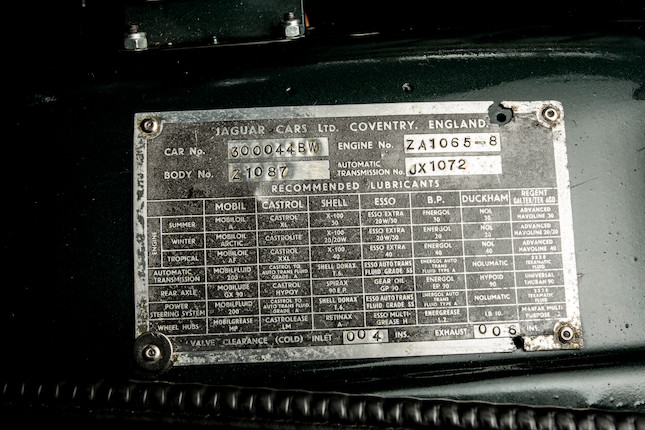 Please note the block has been replaced, but retains its original cylinder head.

'Undoubtedly the biggest surprise which this new Jaguar gives on taking the wheel for the first time concerns the matter of size. Its beautiful sweeping lines seen from the outside, and its spacious and luxurious interior sampled from within, both suggest the large car that it really is ... yet it does not feel a large car to drive. The finger-light controls, the good forward vision and, above all, the taut "oneness" about the whole car all combine to place a driver immediately at ease.' – Motor magazine on the Jaguar Mark X.

Launched in October 1961, the Jaguar Mark X had been developed to suit the North American market and was a large car by European standards. It was also technically more advanced than preceding Jaguar saloons and featured independent rear suspension similar to that of the E-Type sports car. The same unit as that fitted to the contemporary E-Type, its engine was the tried-and-tested 3.8-litre XK six producing 265bhp on triple SU carburettors, and for a car weighing around two tons the 120mph Mark X was impressively quick, though inevitably the weight took its toll of the fuel consumption. The interior, like that of all Jaguar saloons, was exceptionally well appointed and comfortable, and the Mark X came with power-assisted steering as standard. By the time the face-lifted 420G version came along in 1966, the Mark X was being built with the 4.2-litre engine and (optional) all-synchromesh gearbox while incorporating numerous other improvements.

This particular Mark X was one of the very first cars produced. It left the Brown's Lane factory in December 1961 having been built specifically for the daily use of company founder, Sir William Lyons. Jaguar Cars had grown out of 'SS' (the Swallow Sidecar & Coachbuilding Company) which had been founded in Blackpool in 1922 by Lyons and his partner, William Walmsley. The company branched out into motor manufacture in 1926, its first major success being an attractive sports saloon on the Austin Seven chassis. Designed by Lyons, that car brought the Swallow name to the attention of the motoring public and paved the way for the stylish SS models of the 1930s. The latter established the enduring pattern for future Jaguars, combining sporting good looks with a better-than-average specification, and all at a bargain price.

Lyons' Mark X was finished to his own personal specification and differed from standard production models in numerous ways. It had the optional automatic transmission, while electric windows were fitted in the rear (in addition to the front) together with individual 'vanity mirrors' for him and Lady Lyons. Registered as '7868 RW' on 17th January 1962, the Mark X was used by Lyons for the next three years, carrying him - chauffeur driven, of course - to all his official functions. The accompanying Jaguar Heritage Trust Certificate records that the car was finished in Opalescent Dark Green with beige leather interior, the same as it is today, and states that it was sold second-hand to Imperial Motors, Cheltenham on 30th March 1965. Its next owner kept the Jaguar, latterly off the road in a barn, until 2011 when the car passed via the third (albeit brief) ownership to the current vendor, who acquired it in 2014.

Some three years later, '7868 RW' is offered fresh from a comprehensive professional restoration to exemplary standard. It should be noted the original engine cylinder block is offered with the car, the engine being fitted with another block during rebuild. The restoration was carried out by marque specialists including Huddersfield-based Miles Classic and XJK in Newcastle-under-Lyme, while for the finishing touches and final approval the Mark X was despatched to Jaguar Heritage, returning to Brown's Lane for the first time in many years. The story of Lyons' Mark X was recounted in an article published in Octane magazine (April 2017 edition) and the car has also appeared in various Jaguar magazines.

As one would expect, this beautifully presented Mark X is reported to drive as well now as it did in Sir William's day, possessing all the 'Grace, Space and Pace' forever associated with Jaguar's peerless saloons. A possibly once-in-a-lifetime opportunity to own this important piece of Jaguar history, it comes with a V5C document and MoT to July 2018.