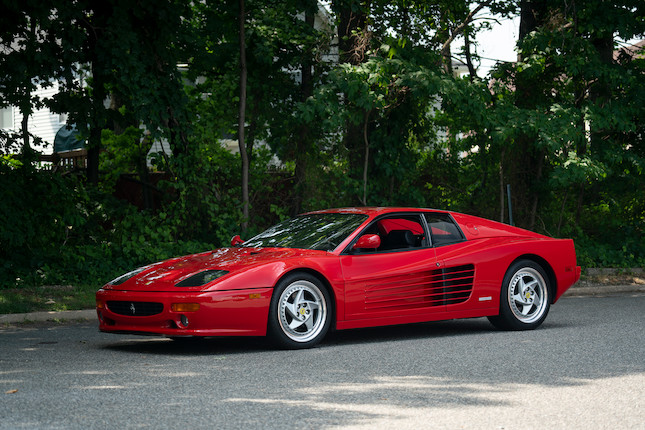 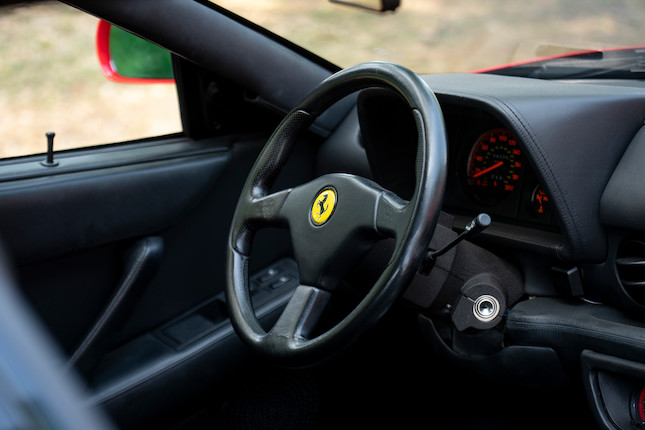 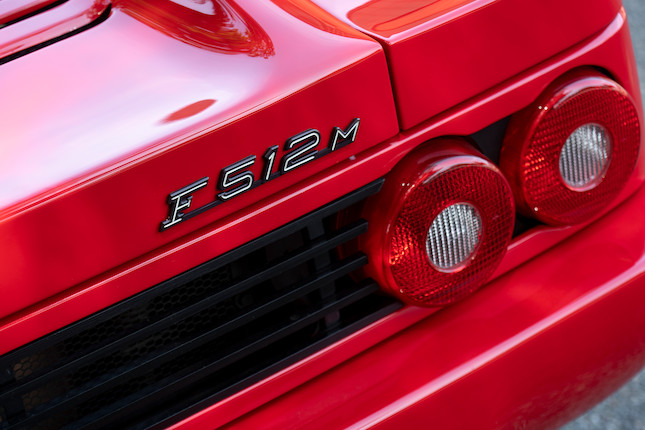 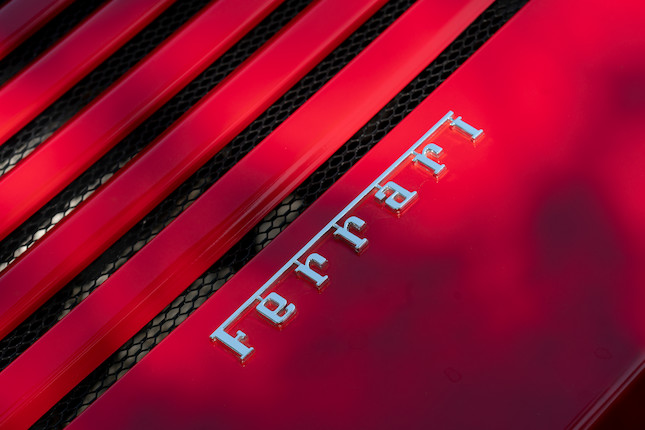 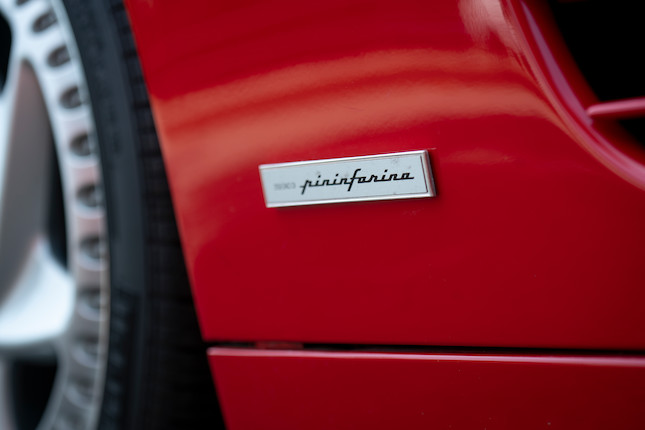 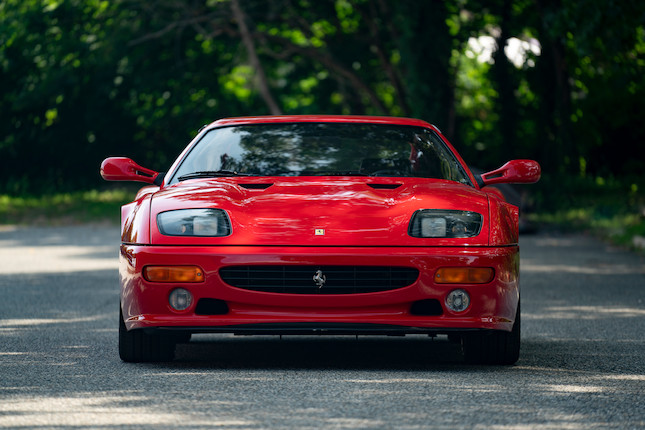 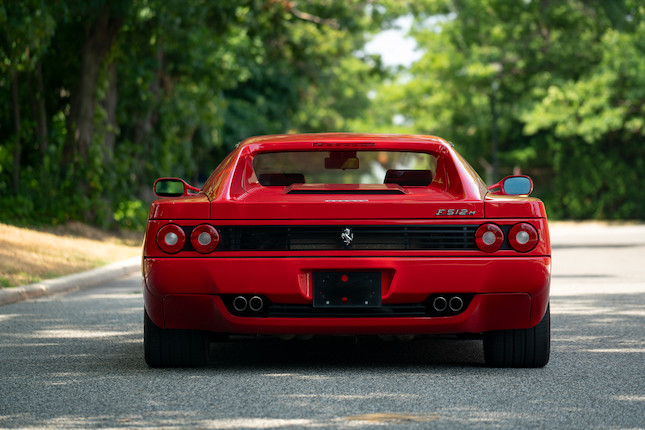 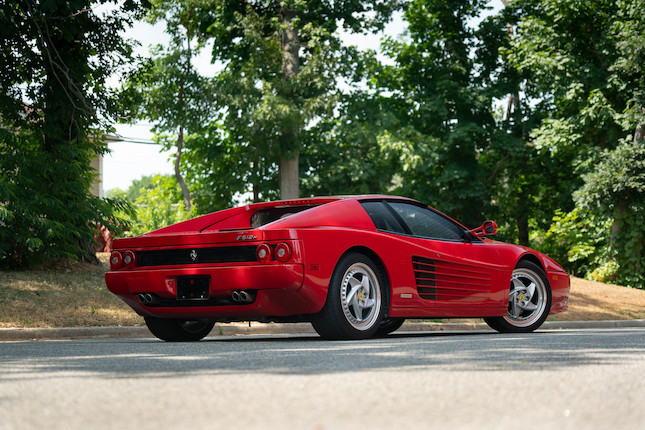 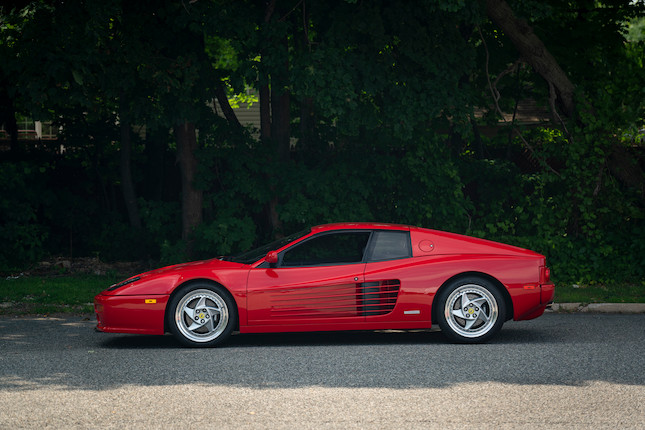 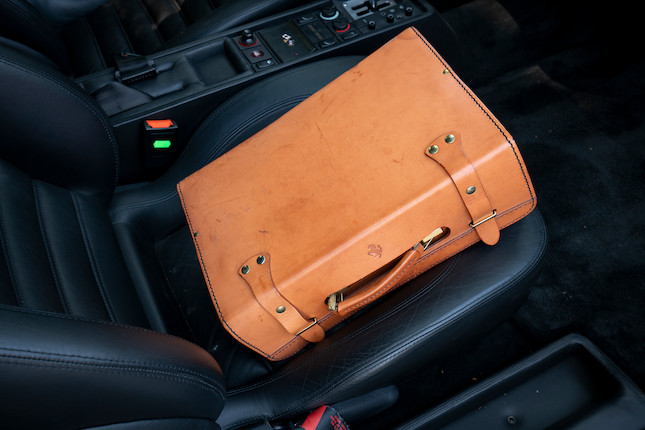 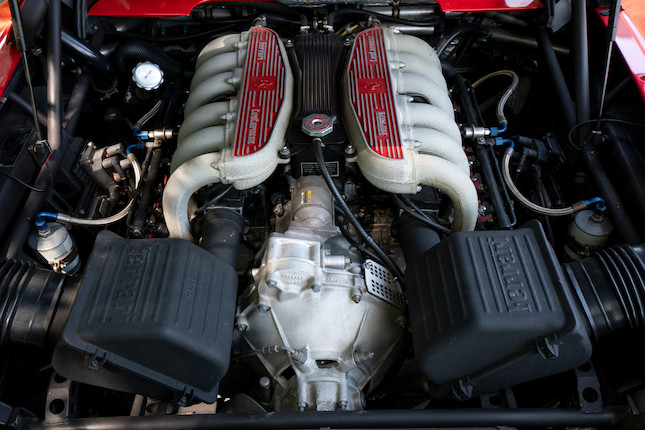 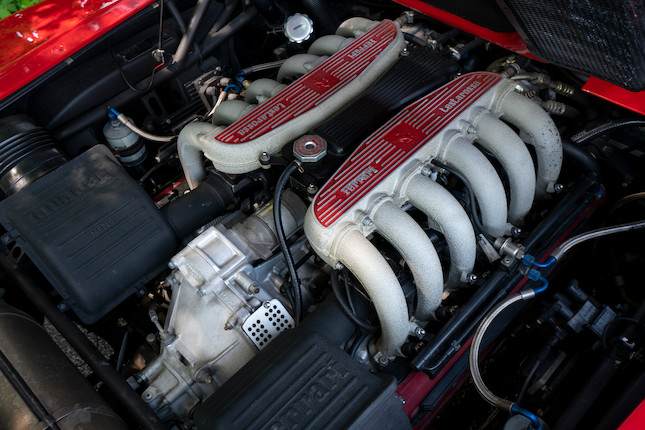 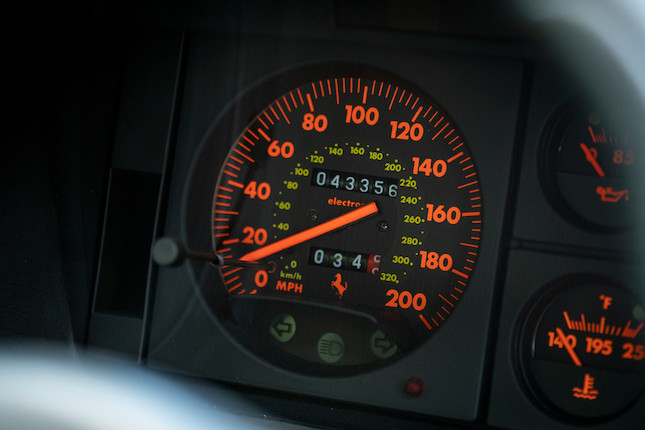 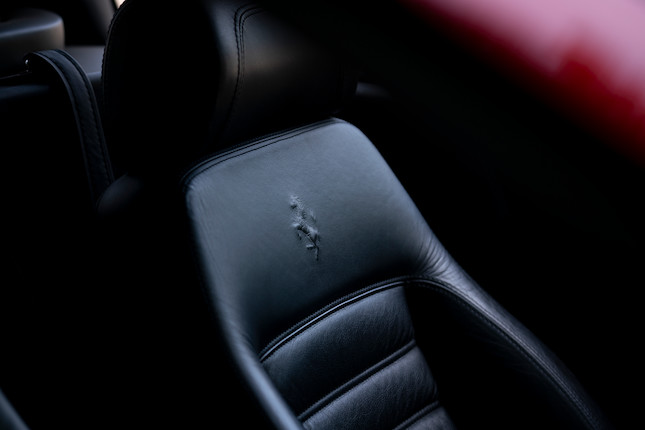 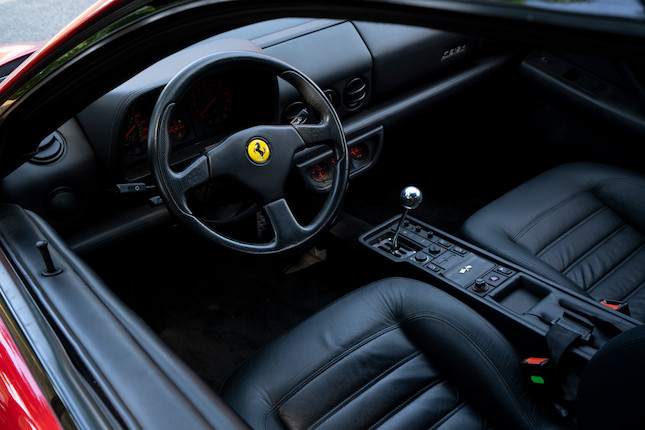 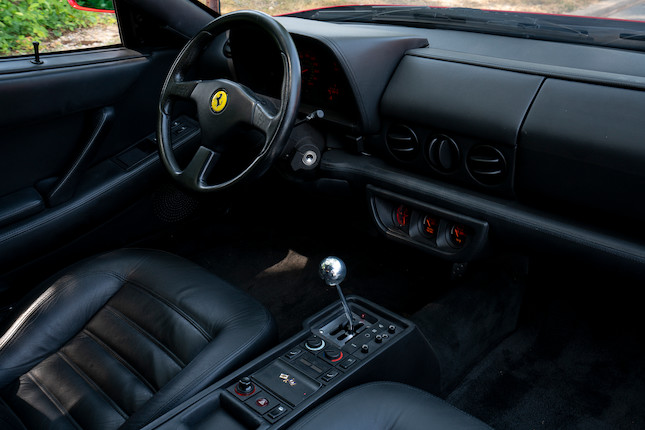 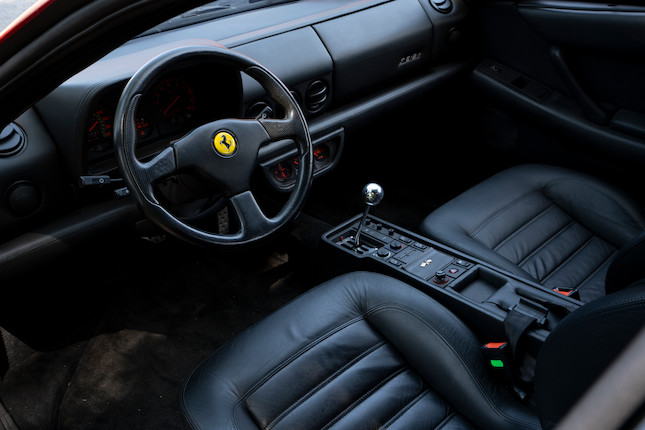 *One of the rarest modern production Ferraris
*Just one owner until 2014
*The final evolution of the Boxer Berlinetta platform
*Accompanied by tools, books, service and ownership records

Ferrari's flagship model, the Testarossa supercar, revived a famous name from the Italian company's past when it arrived in 1984. A "next generation" Berlinetta Boxer, the Testarossa retained its predecessor's amidships-mounted, 5.0-liter, flat-12 engine; the latter now boasting a maximum power output raised to 380bhp at 6,300rpm courtesy of four-valve cylinder heads. Despite the power increase, smoothness and drivability were enhanced, the car possessing excellent top gear flexibility allied to a maximum speed of 180mph.

Rivalling Lamborghini's Countach for presence, the Pininfarina-designed Testarossa succeeded brilliantly, the gill slats feeding air to its side-mounted radiators being one of the modern era's most instantly recognizable—and copied—styling devices. A larger car than the 512BB—the increase in width being necessary to accommodate wider tires—the Testarossa managed the trick of combining high downforce with a low coefficient of drag. Its graceful body being notable for the absence of extraneous spoilers and other such devices. Despite the increase in size over the 512BB, the Testarossa was lighter than its predecessor, the body—its steel doors and roof excepted—being, somewhat unusually for a production Ferrari, of aluminum. Luxury touches in the well-equipped cabin included air conditioning, electrically adjustable seats, tilting steering wheel, and plentiful leather.

Unlike some of its rivals, the Testarossa possessed light controls and was relatively easy to drive. Factors which, allied to its outstanding performance and stunning looks, contributed to an instant and sustained high level of demand. In 1992, the original Testarossa was succeeded by the updated 512TR version, which came with 428bhp on tap, while ABS brakes were added to the package before the 512TR was replaced by what would be the Testarossa's final incarnation – the 512M – for 1995. For the first time, there were major cosmetic changes: the original pop-up headlights being replaced by fixed lamps beneath clear covers, the grille size reduced, round tail lamps adopted, and three-piece wheels fitted. Titanium connecting rods went into the engine, which produced marginally more power and torque than before. Only 501 examples of the 512M had been completed when production ceased.

Further proving the scarcity of this vehicle is the fact that only seventy-five of these Ferraris made it into the United States in 1995. Finished in the classic color scheme of Rossa Corsa, this flat-12 powered gran-tourer also features a sleek black leather interior. According to the Carfax, the history of this vehicle begins in the vast state of Texas, where it was purchased by a Houstonian. This coinsure of speed would fully take advantage of the vehicle and, over the course of almost twenty years, would put 42,000 miles on the car.

A nicely presented, honest Ferrari, it appears in wonderful and well-maintained shape, both inside and out. The vehicle had its major engine out service at 41,979 miles and will be accompanied by its books, tools, and service records. This F512M would make an excellent addition to any collection and certainly represents the future of the hobby with growing enthusiasm for the model among rising collectors.

Please note, the title for this vehicle will be in transit.