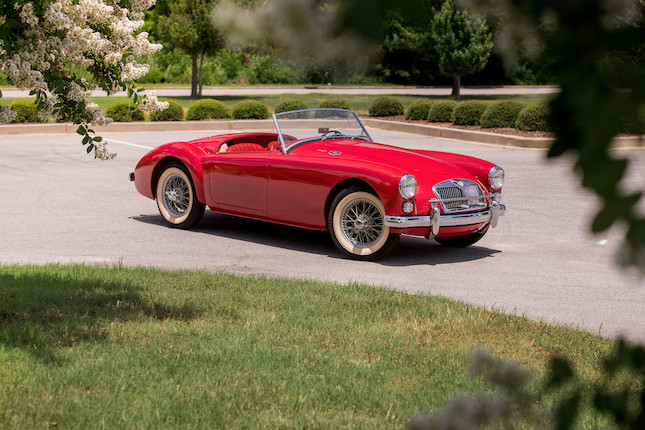 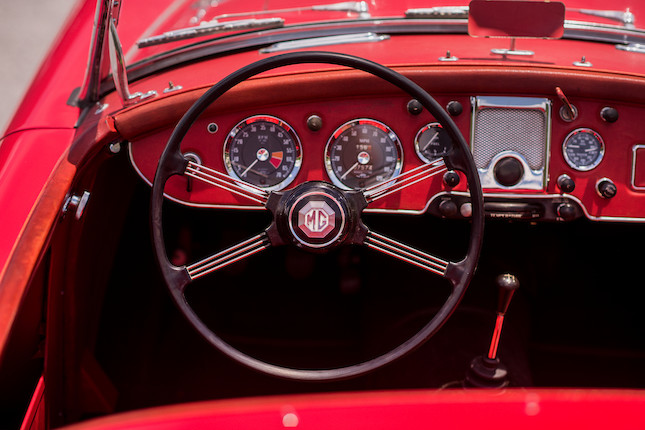 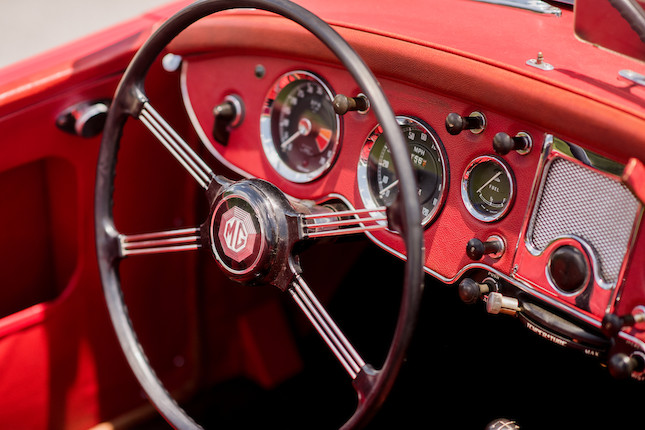 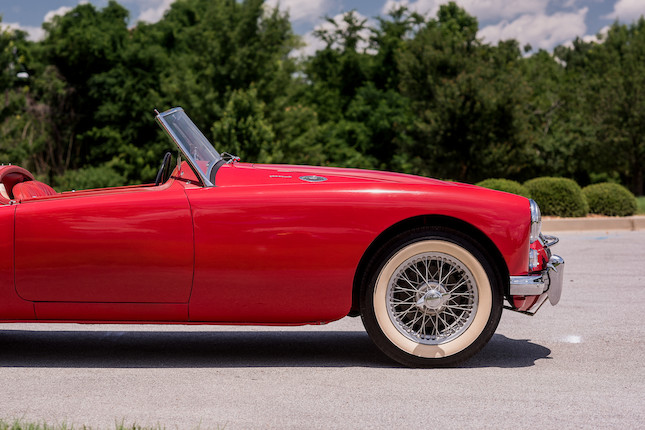 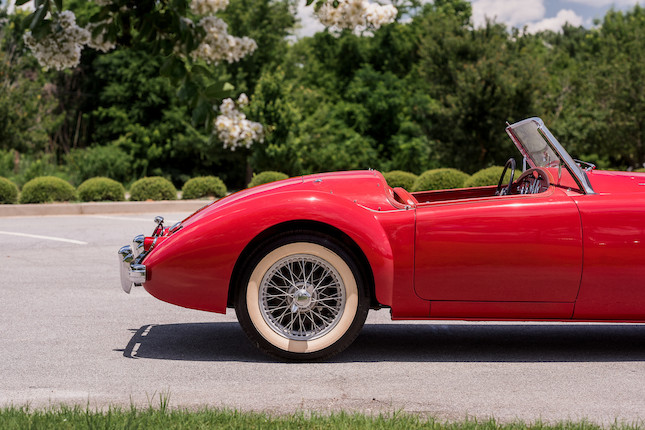 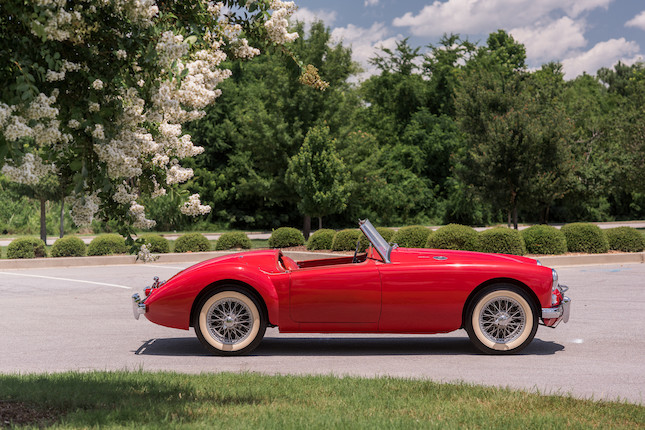 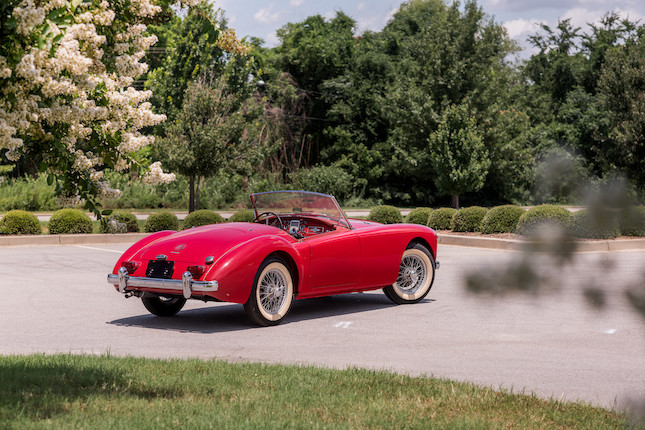 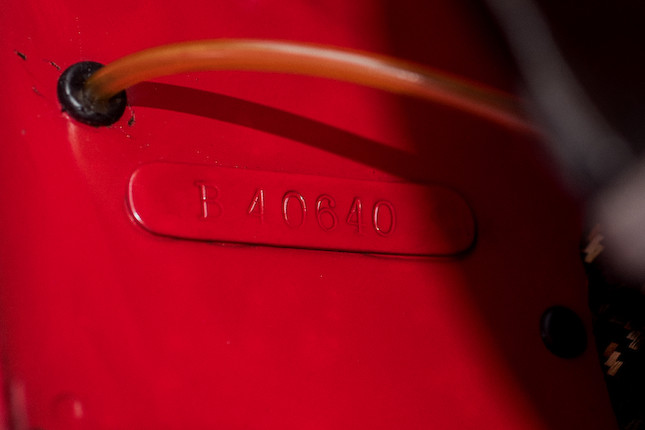 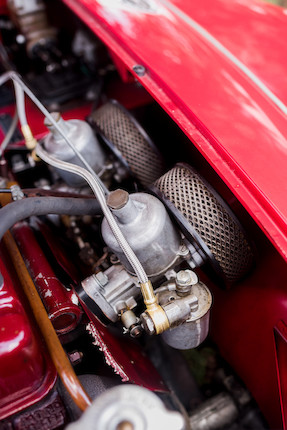 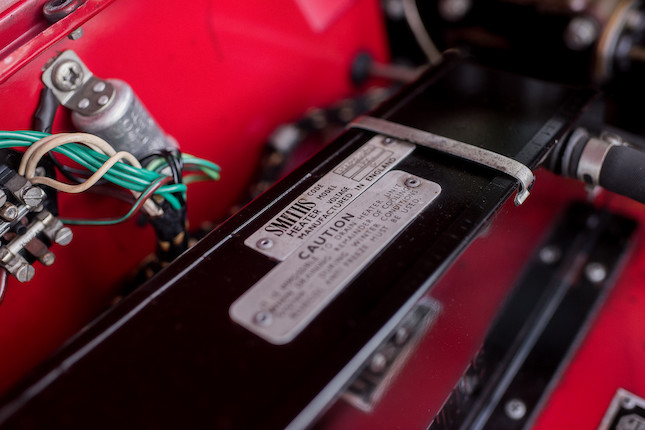 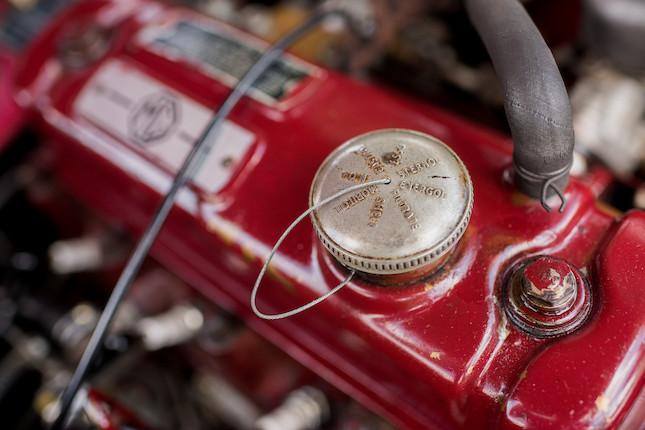 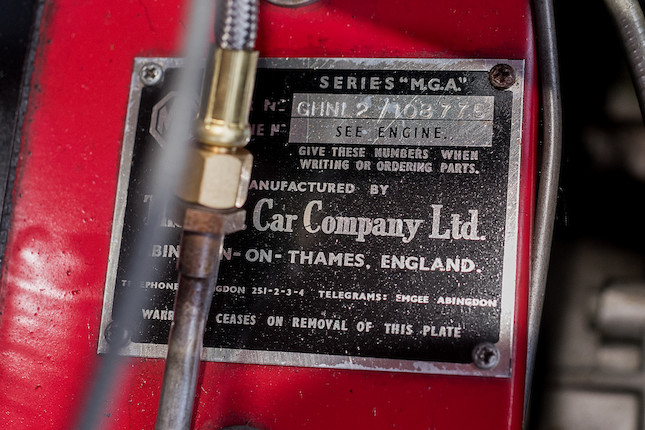 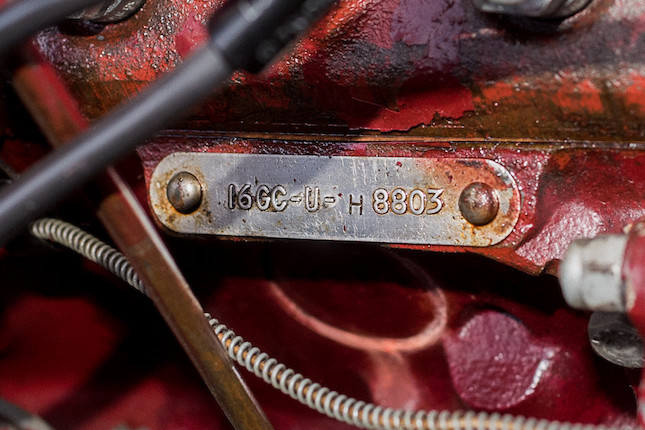 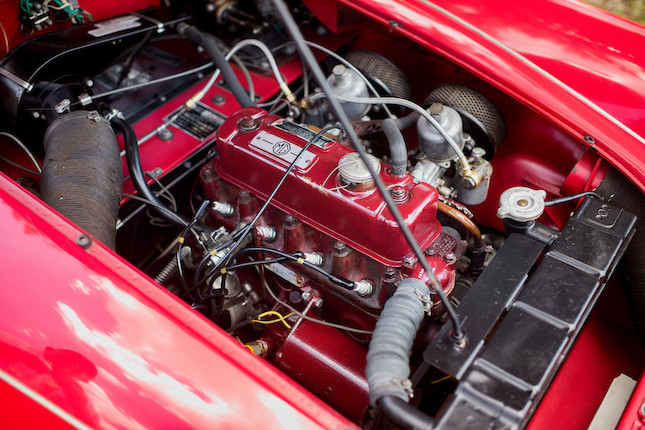 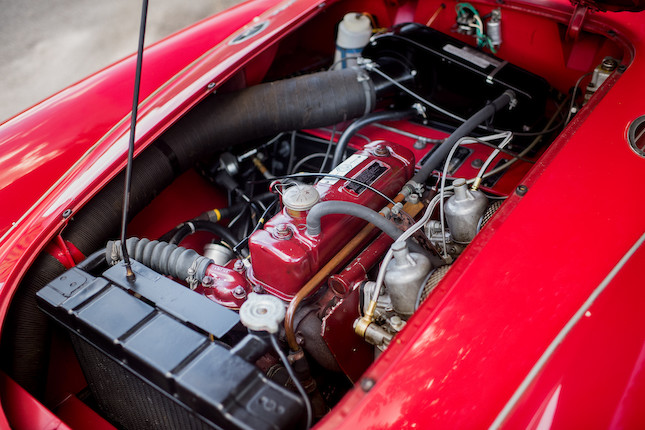 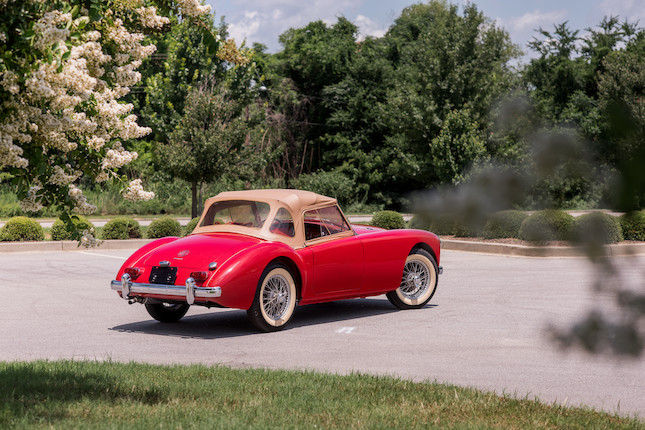 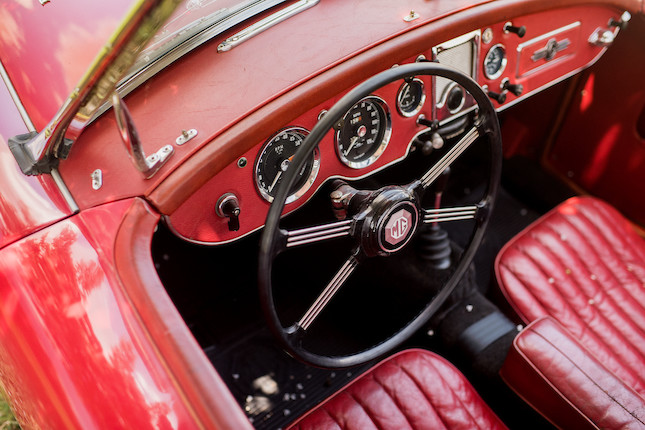 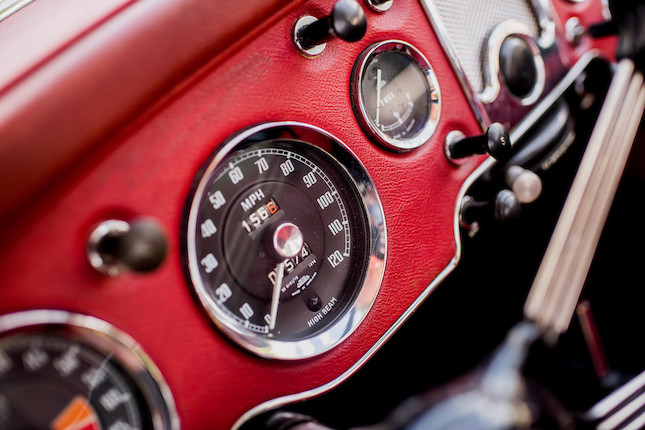 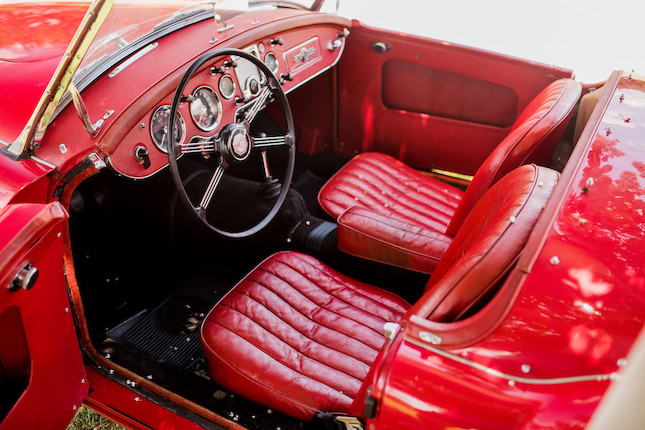 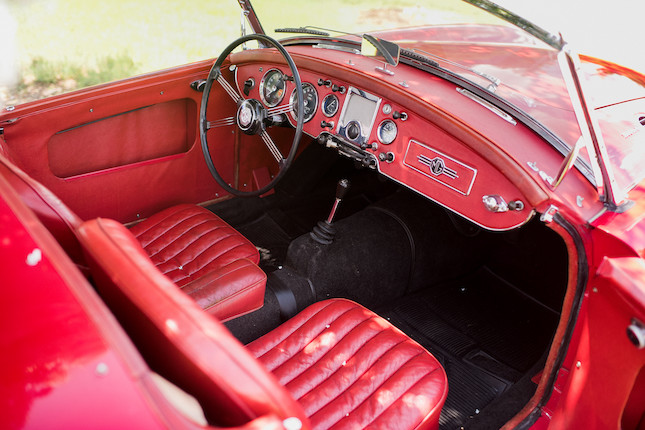 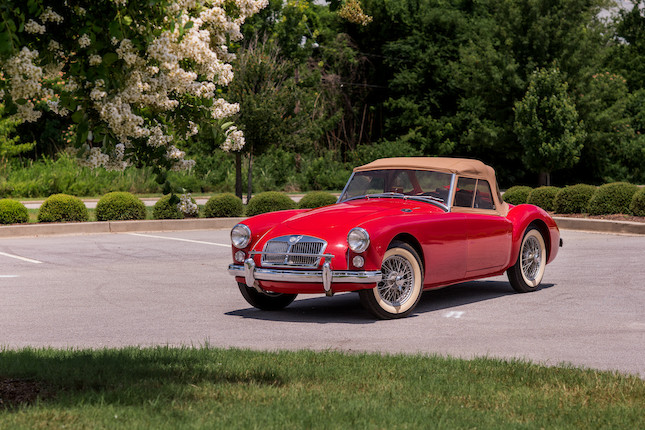 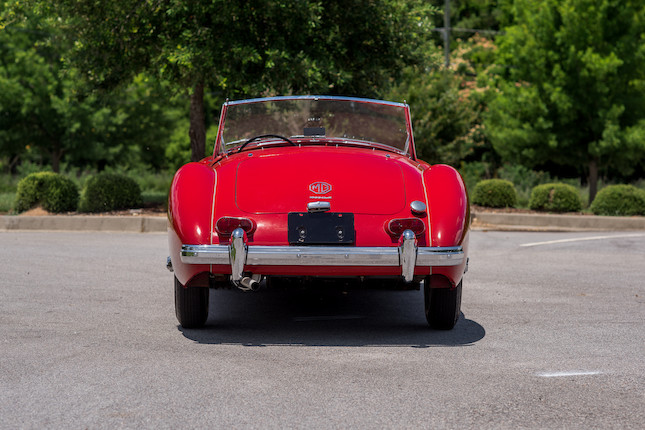 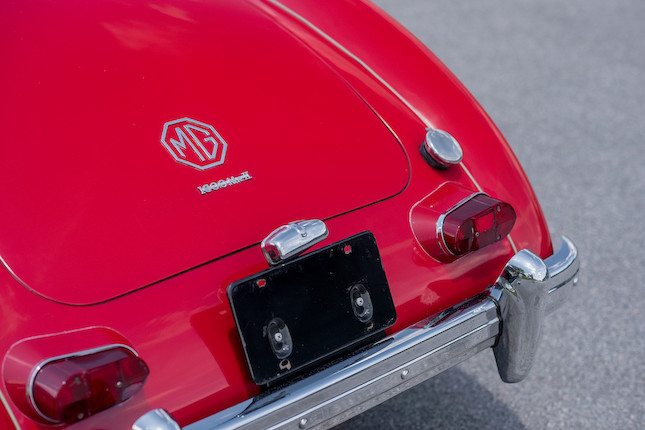 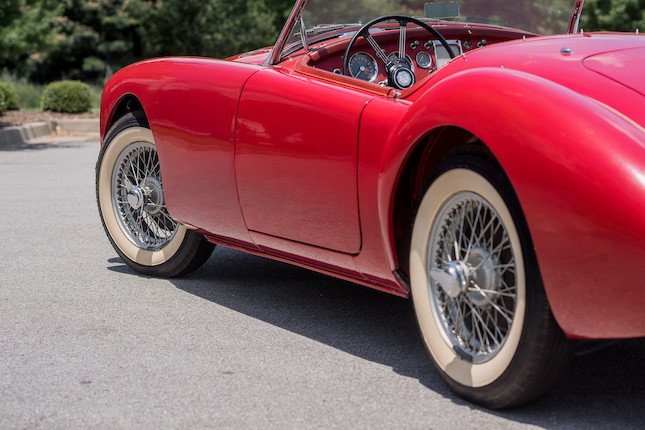 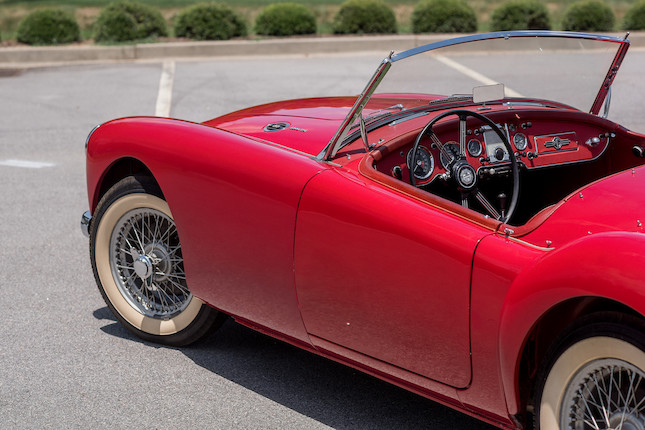 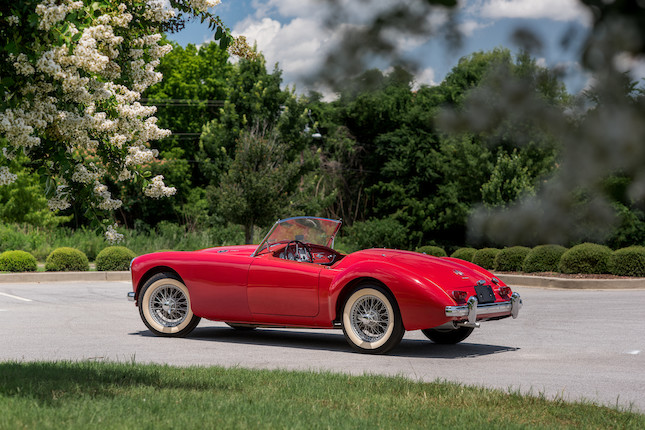 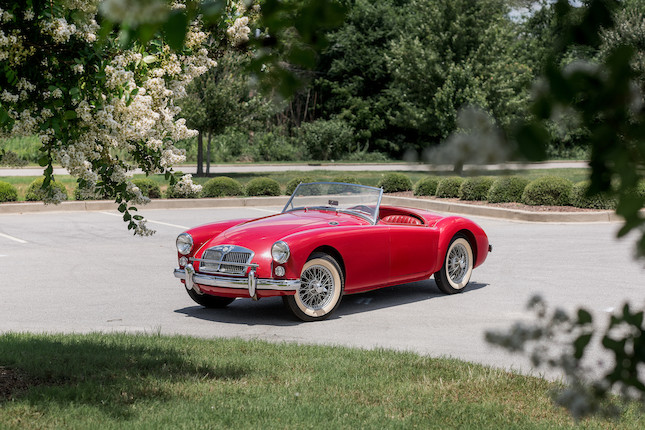 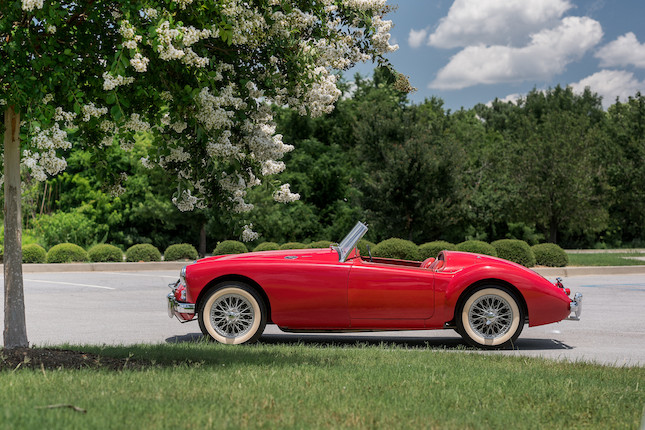 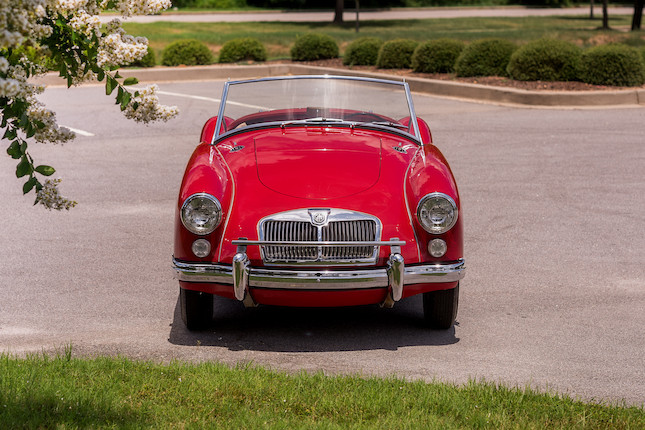 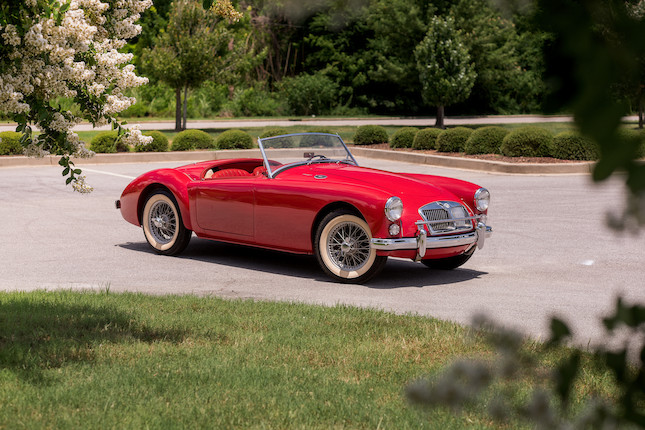 Introduced in March of 1961, the MGA 1600 Mk II was the final, and fully-evolved, version of MG's popular sports car. Outwardly, the Mk II received face-lifting around the grille and taillights, yet it retained the classic and elegant Roadster silhouette and dimensions. Under the hood lay the biggest change; some 10 more horsepower than the stand 1600. Intake valves were bigger, and compression up from 8.3 to 8.9 to 1. Acceleration was slightly better, while top speed raised to considerably over 100 mph (107, factory rating). From the driver's view, there was little interior change, except for increased use of leather trim in the dash area. Handling characteristics remained as impressive as the earlier cars.

This stunning MGA 1600 Mk II Roadster is among the last 300 MGAs manufactured, and left the Abingdon-based works (May of 1962) just as it appears today. Astonishingly, the car remains original and unrestored to this day, with just 7,574 original miles on the odometer at the time of cataloging. The car's first owner resided in Albany, New York. The car's second owner, Mr. Terry Rady of Toronto, Ontario, Canada, purchased the car in 1982. The car was acquired from Mr. Rady, in 1994, by the late Robert "Bob" Koons, and soon joined Koons' impressive Columbia, SC-based collection of preservation class cars. The MGA Mk II has remained there ever since, enjoying a climate-controlled environment, dedicated service, and maintenance.

A true "Time-Capsule" example, this MGA retains its original Chariot Red paint, except for the left front fender, which was refinished by the dealer before delivery when the car was new. The original mechanicals, Road Speed Dunlop Gold Seal tires, interior (including seats and carpets), top, and weather equipment remains intact. From the last of the MGA line, this original and fastidiously preserved MGA 1600 Mk II has had just three caring owners from new and deserves careful consideration.