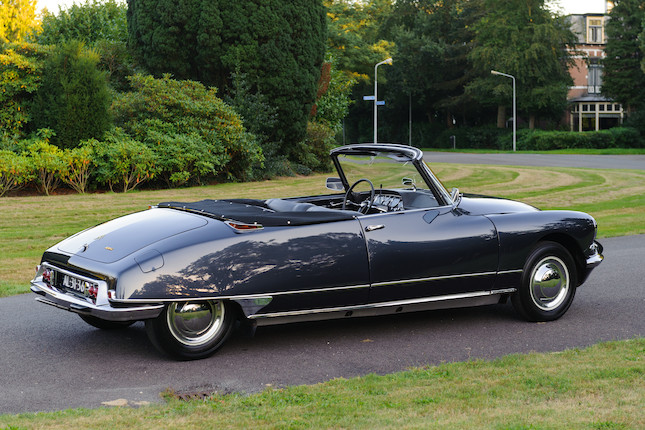 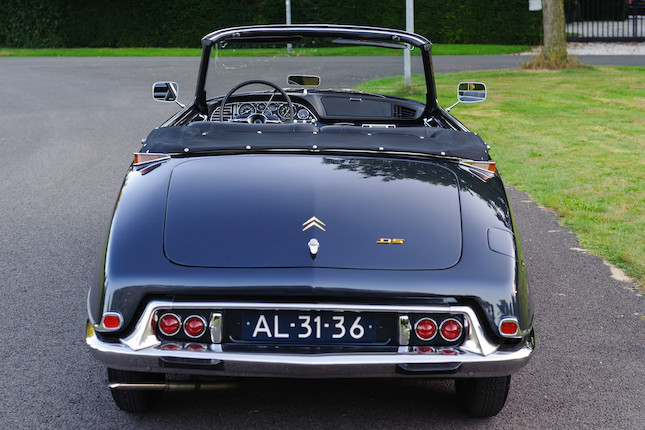 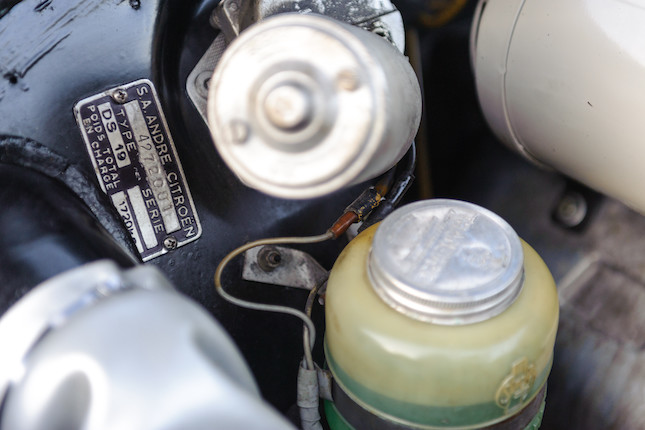 Just as it had done 21 years previously with the revolutionary 'Traction Avant', Citroën stunned the world again in 1955 with the launch of the strikingly styled 'DS'. Beneath the shark-like newcomer's aerodynamically efficient, low-drag bodyshell there was all-independent, self-levelling, hydro-pneumatic suspension; plus power-operated brakes, clutch and steering. No European car would match the DS's ride quality for several years, the fundamental soundness of Citroën's ahead-of-its-time hydro-pneumatic suspension being demonstrated by its survival in present-day top-of-the-range models. The DS's original 1,911cc, overhead-valve, long-stroke engine was replaced in 1966 by a short-stroke 1,985cc unit, also available in 2,175cc and 2,347cc capacities, while other DS developments included a restyled front end, swivelling headlights, fuel injection, and a five-speed gearbox.

Other models offered alongside the original DS were the ID (a simplified, cheaper version), the cavernous Safari estate, and the two-door Décapotable (convertible), the latter boasting coachwork by Henri Chapron. (Chapron's first convertibles had been produced independently of Citroën, but the factory eventually gave the project its blessing). Despite a much-reduced demand for bespoke coachwork after WW2, Chapron survived thanks to his exemplary creations for Delahaye, Talbot and Salmson, switching to offering bespoke versions of unitary construction models when motor manufacturers began to abandon the traditional separate chassis frame. The arrival of the Citroën DS in 1955 presented Chapron with a fresh opportunity that would result in his name being forever linked with this remarkable car.
Citroën's own Décapotables were built on the longer, stronger chassis of the ID Break (Estate) but the model was never produced in England, where Citroën's right-hand drive cars were assembled at its Slough factory up to 1966. In total, 1,365 usine (factory) convertibles were made with either the DS19 or DS21 engine between 1960 and 1971, while Chapron built a further 389 of his own, the last in 1973.

Built in 1964, this DS 19 Décapotable has the original-style front end predating the revised version introduced in 1967. A semi-automatic transmission model, the car was delivered new in Lyon, France and remained with its original owner until 1971. The second owner, a resident of the Loire region in France, kept the DS until 1999 when it passed to the current (third) owner in Holland. Between 1999 and 2002, the car was completely restored in Holland, including an interior re-trim and renewal of the electrics, with complete overhauls of the engine and transmission being carried out in 2015. Invoices relating to the 2015 overhauls are on file, and the DS also comes with its original first-owner and second-owner French Cartes Grises. The car is currently registered in the Netherlands and has a valid technical inspection.