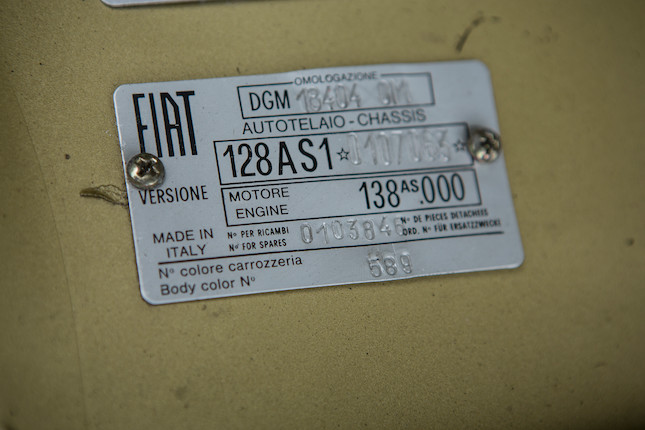 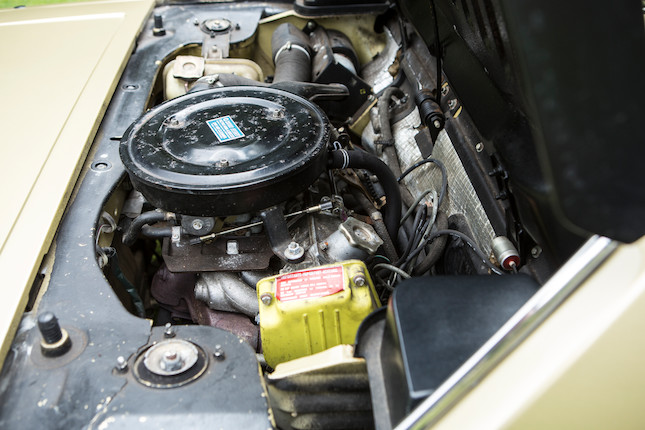 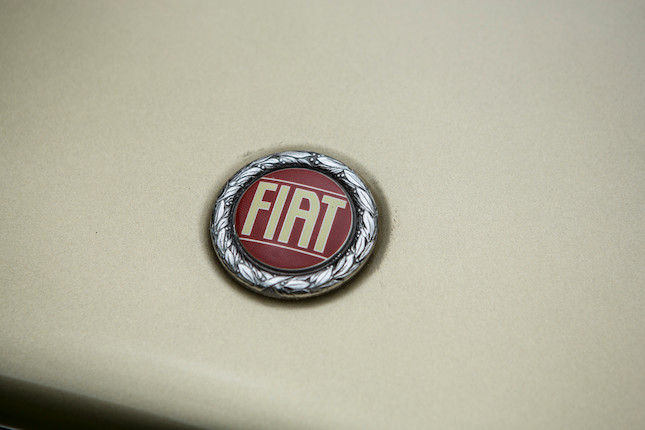 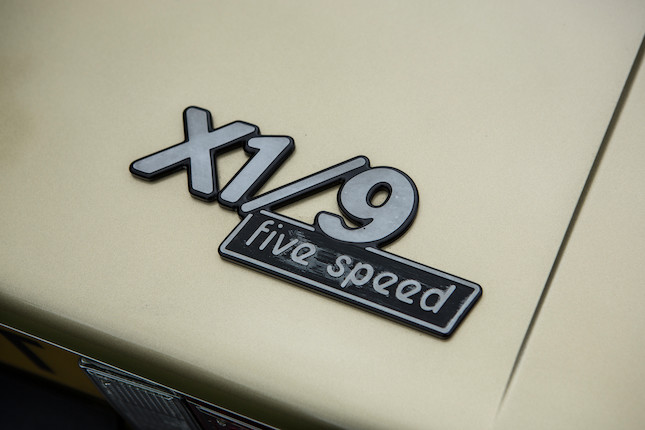 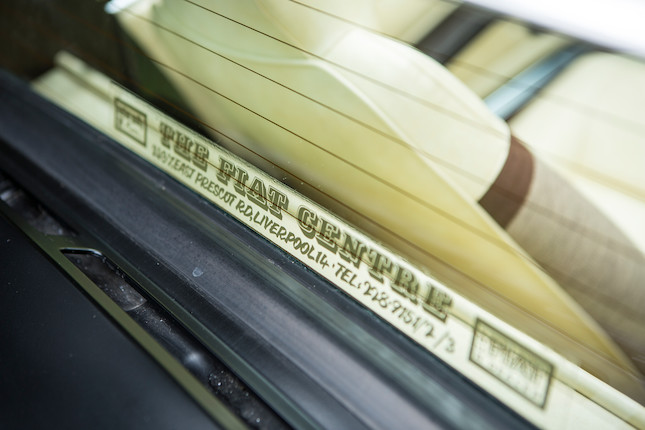 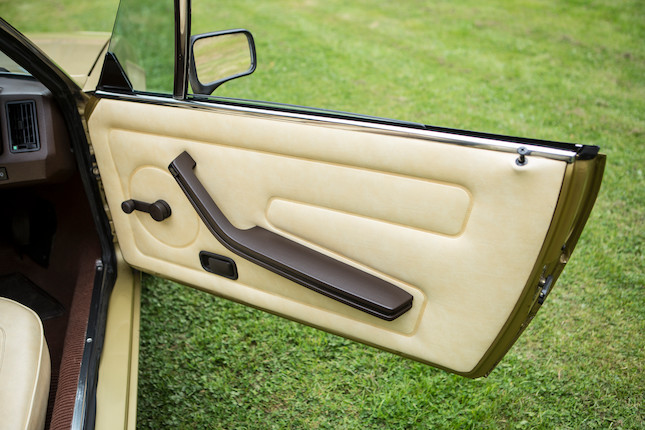 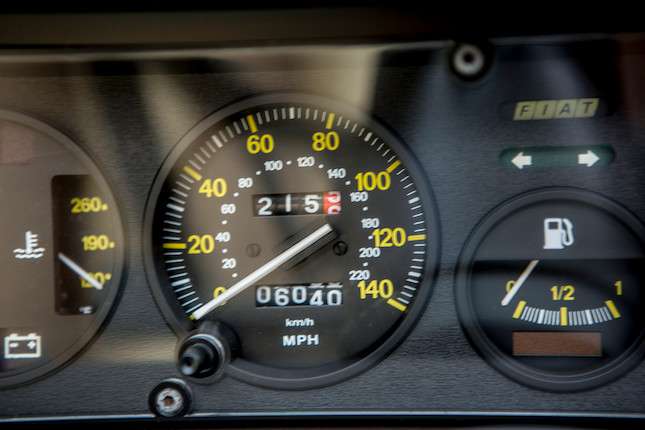 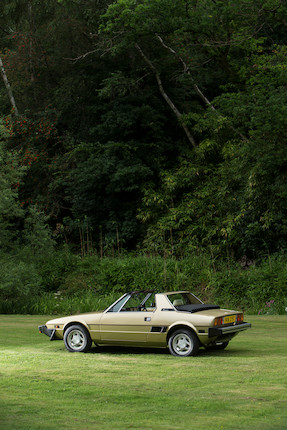 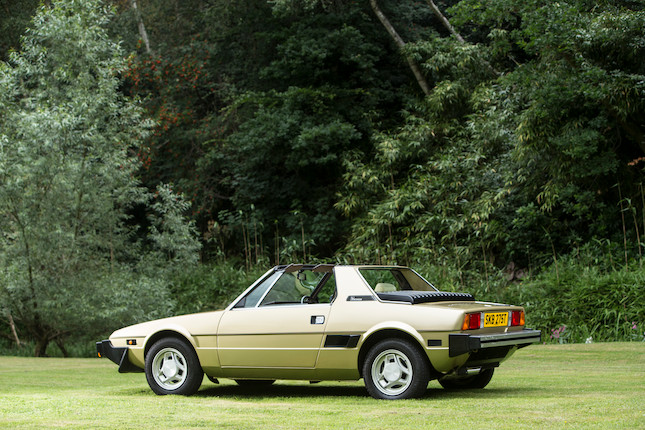 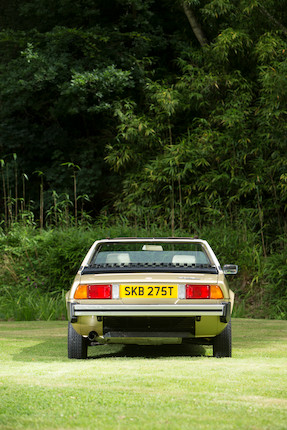 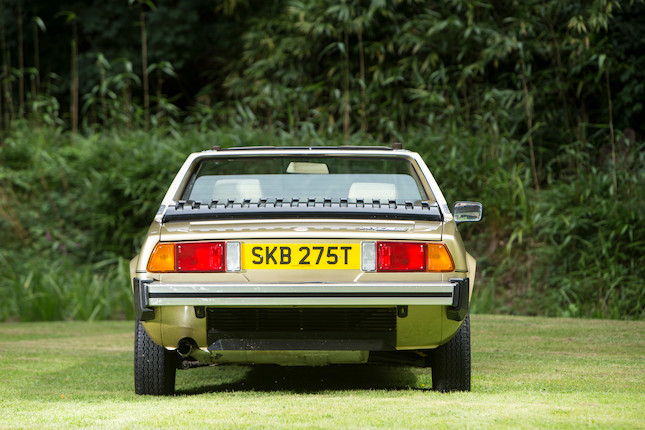 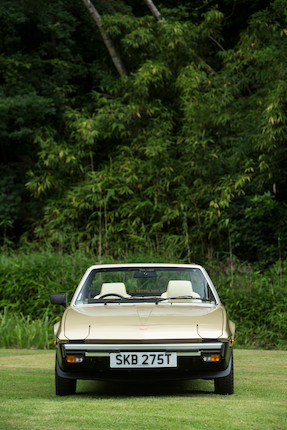 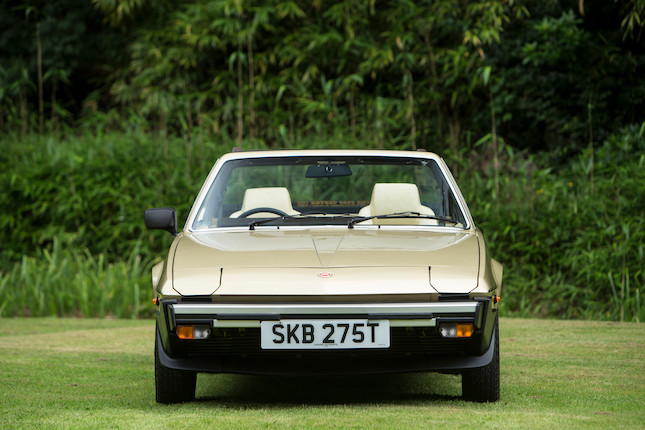 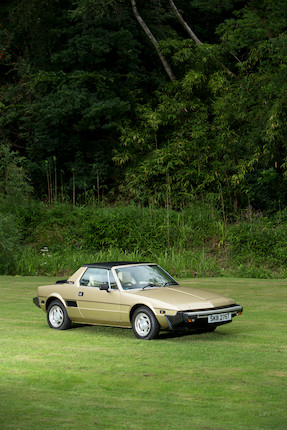 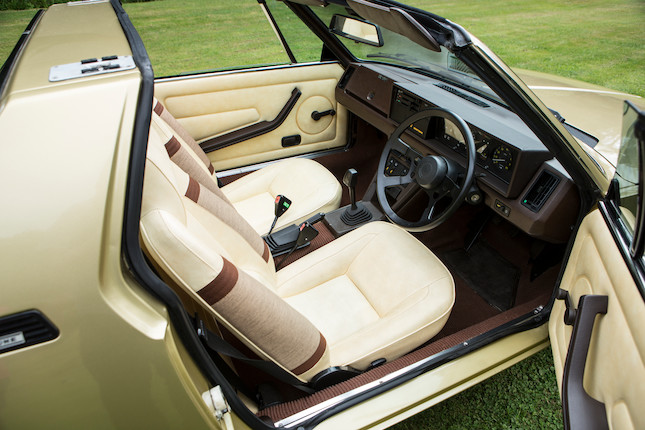 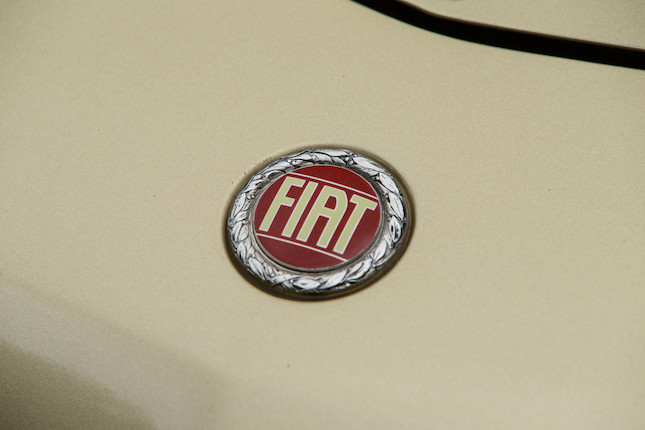 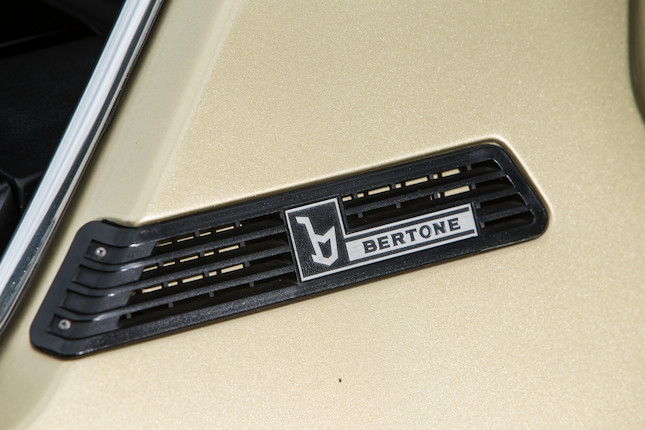 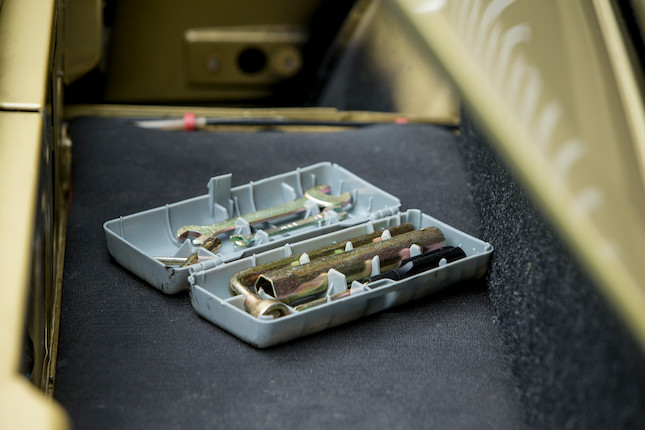 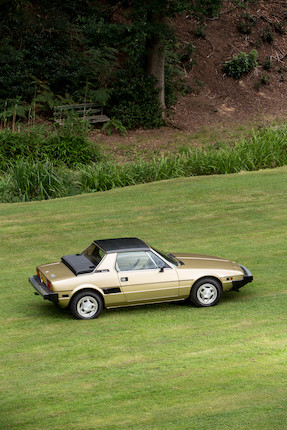 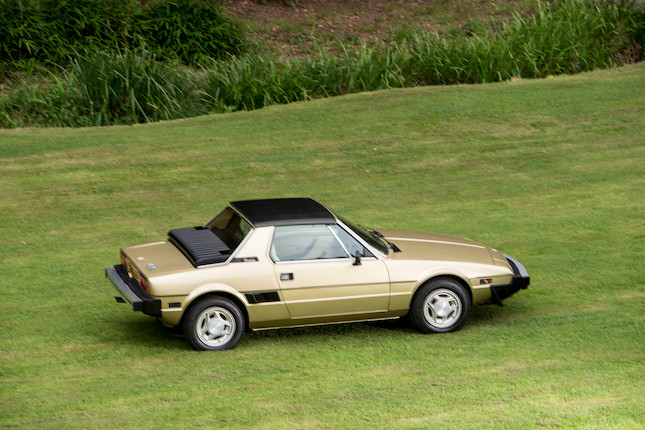 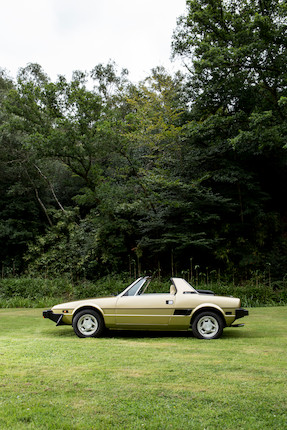 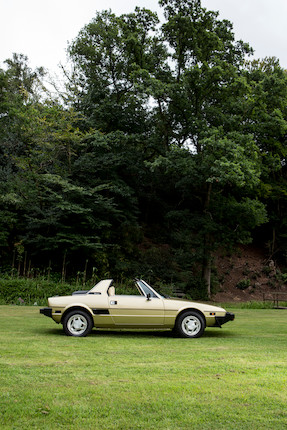 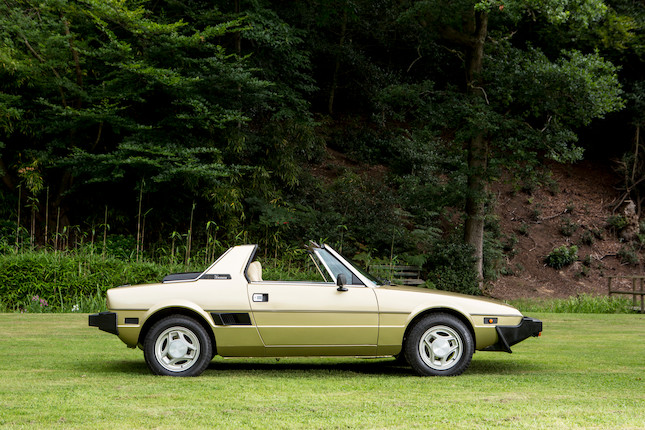 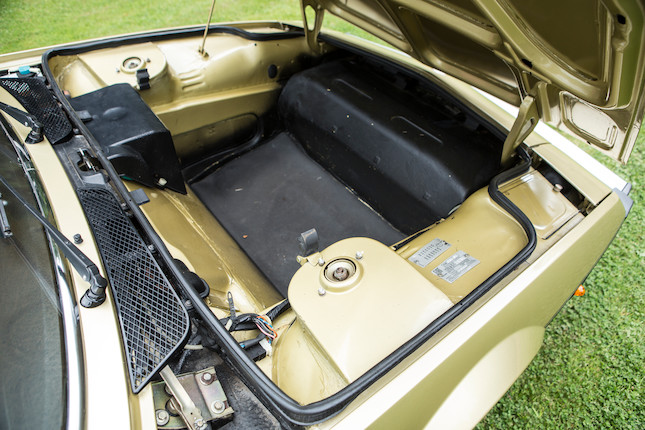 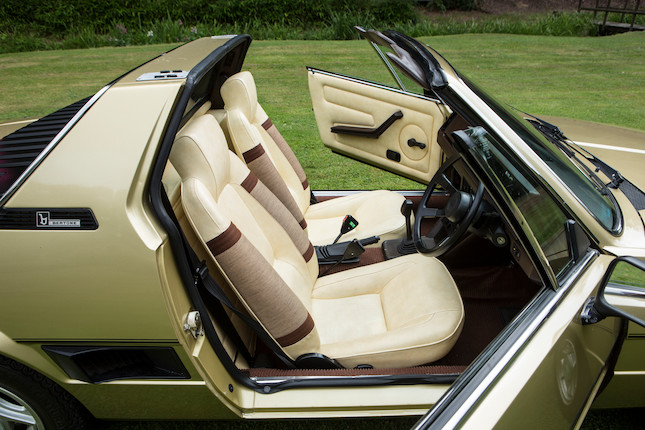 Finished in gold with cream interior, this right-hand drive FIAT X1/9 was bought new by a Liverpool farmer, Mr John Shacklady, who passed it on to his son, Ian. A desirable five-speed model, the FIAT was little used over the next few years, spending most of the time in dry storage. Ian Shacklady died in 2006 and the car, which even now has covered only 6,000 miles from new, remained in storage until his widow decided to sell it. A previous owner had known the FIAT from new so decided to buy the car, which was re-commissioned and offered for sale at Bonhams' Harrogate Sale in November 2009 (Lot 441). The current vendor purchased 'SKB 275T' at Bonhams' Oxford Sale in March 2010 (Lot 408), since when the cam belt has been changed and the brakes overhauled.
The car remains as it left the factory in every respect, even down to retaining its original Pirelli Cinturato tubed radial tyres, and is described as 'as new' condition, ready for use or show. Representing a wonderful opportunity to acquire a barely used example of this 'baby Ferrari', the car is offered with sundry bills, MoT to April 2017, and a V5C registration document.

Please note the chassis number should read: 0107063 and is misprinted in the catalogue.