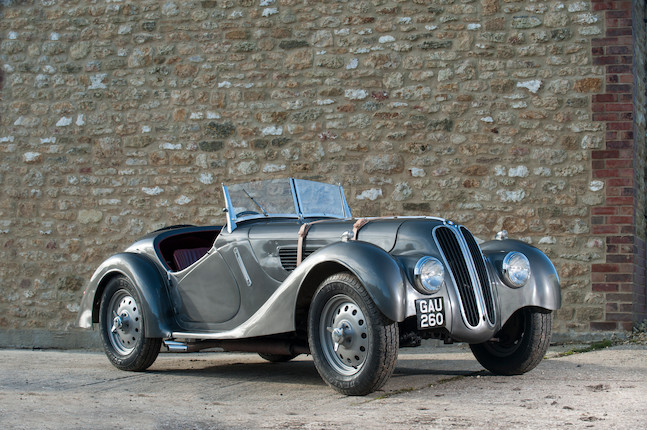 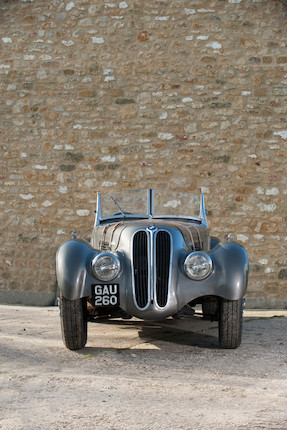 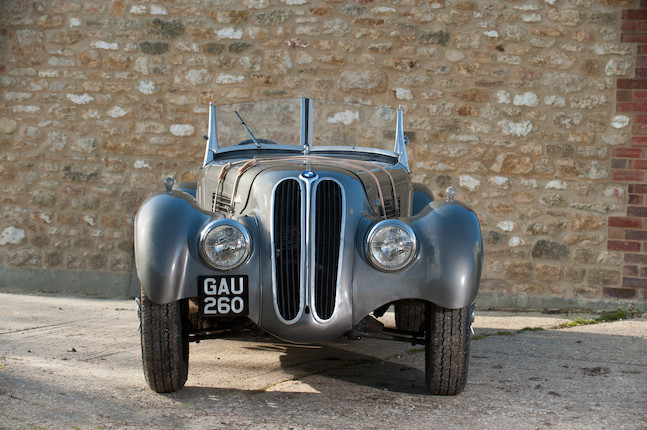 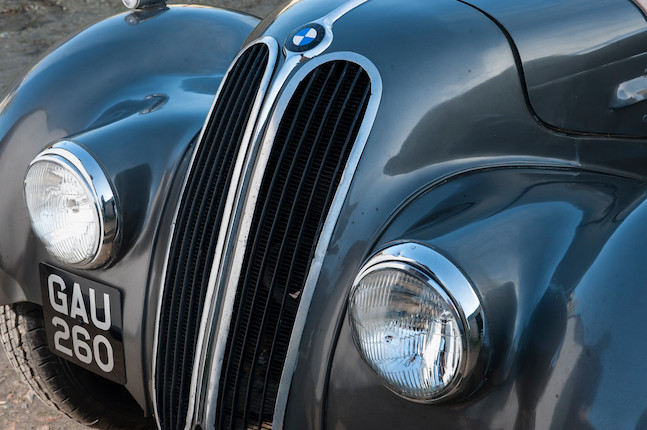 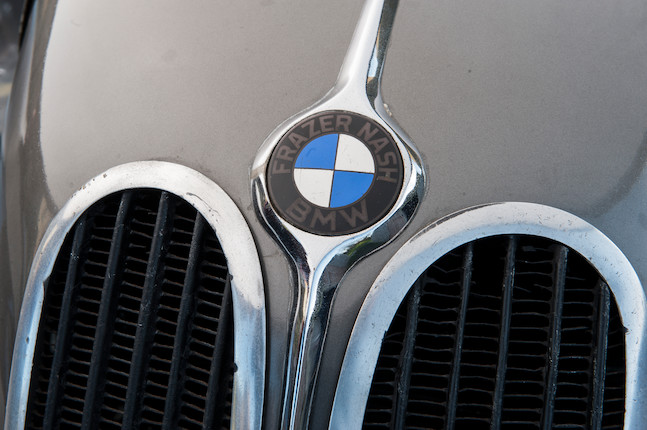 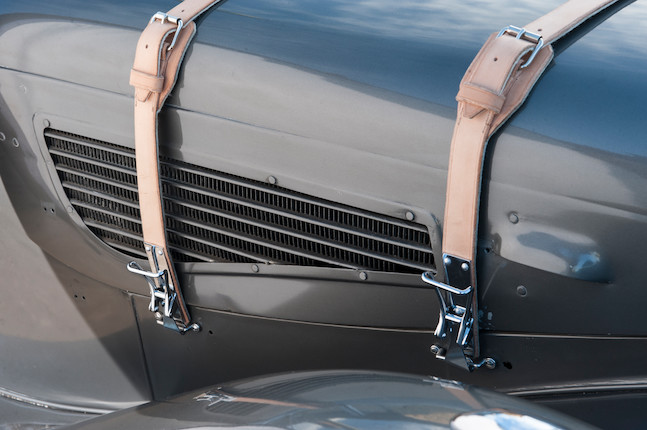 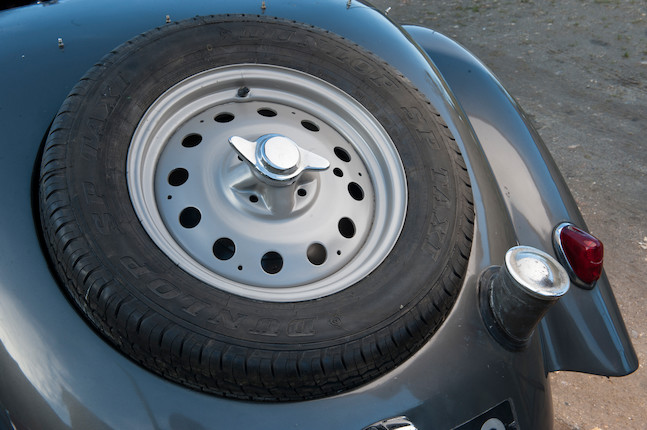 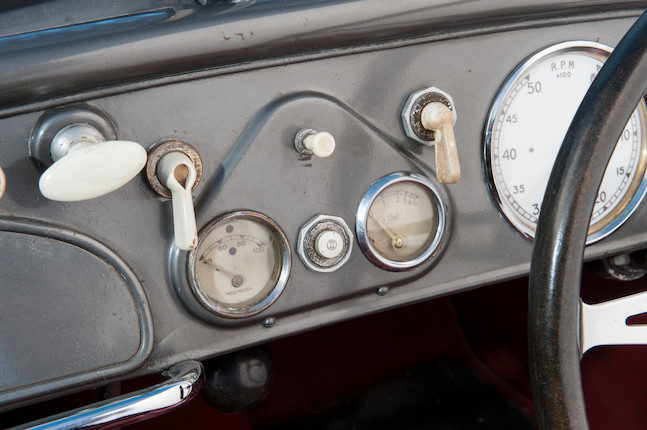 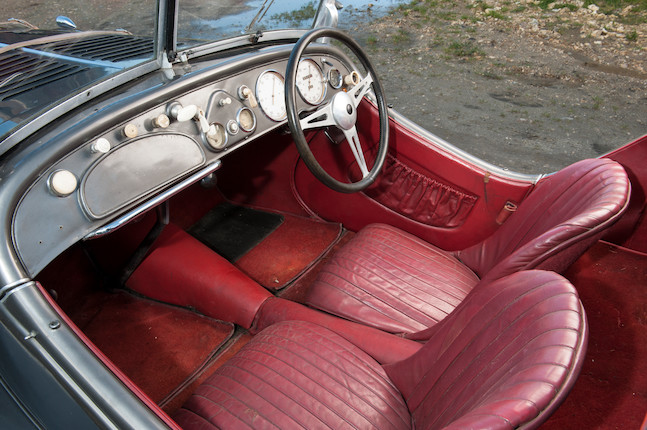 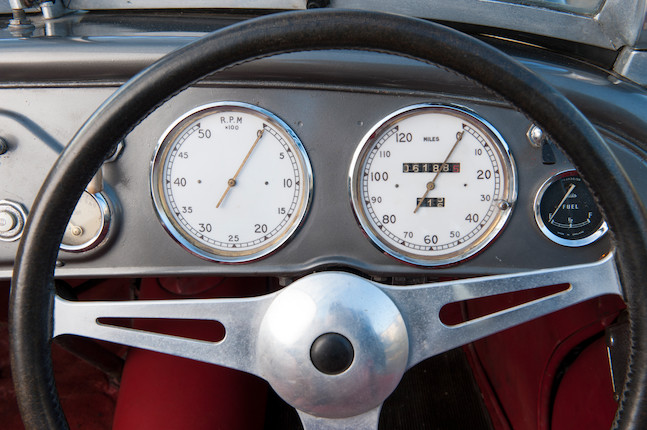 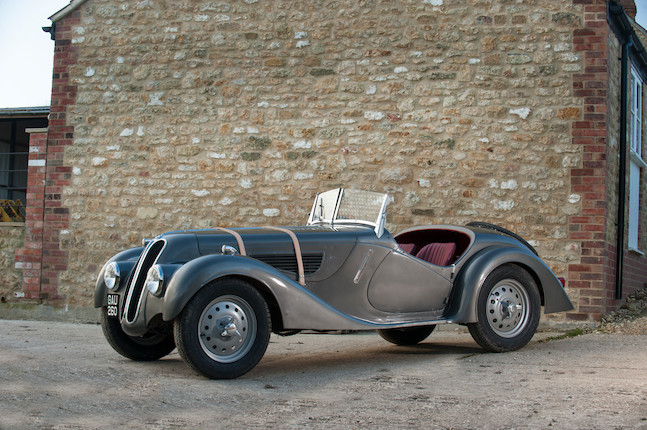 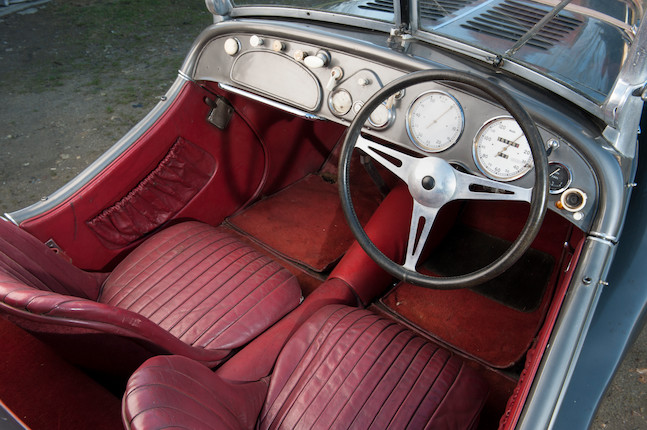 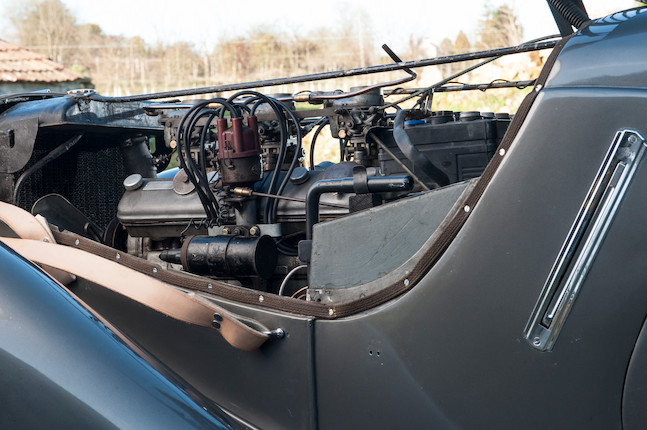 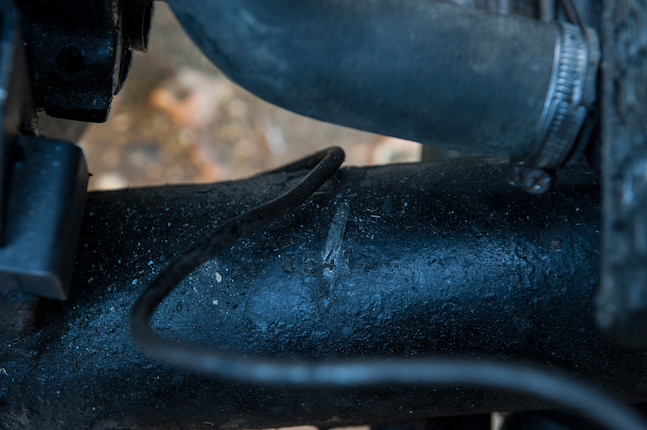 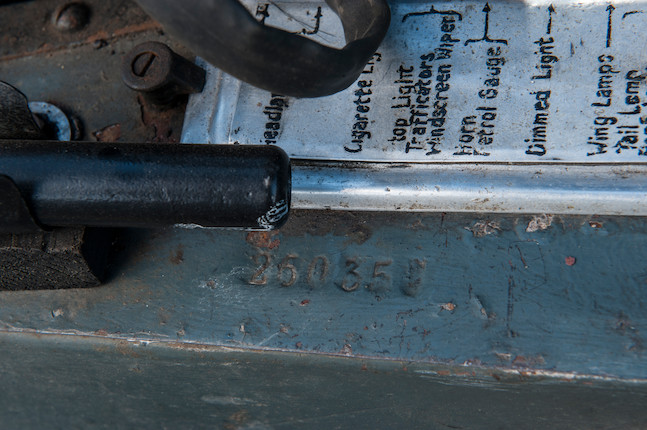 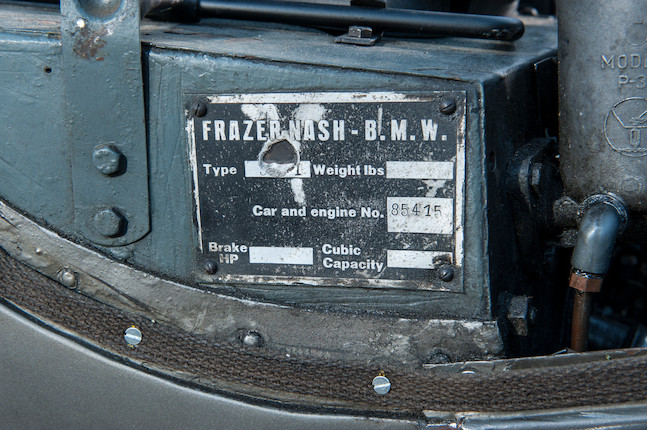 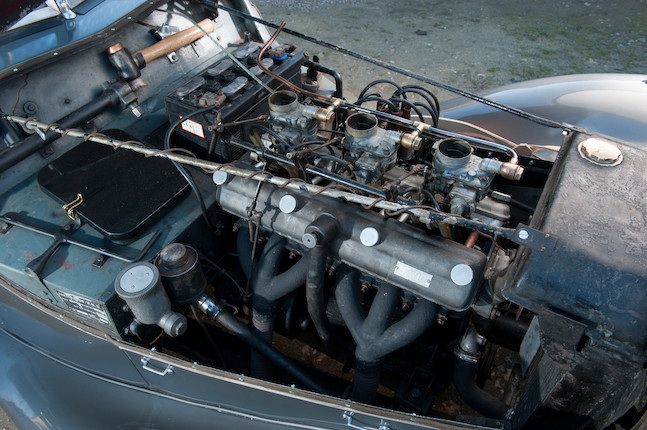 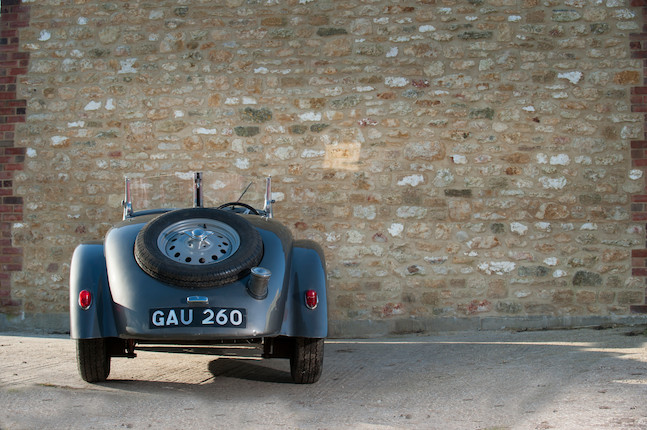 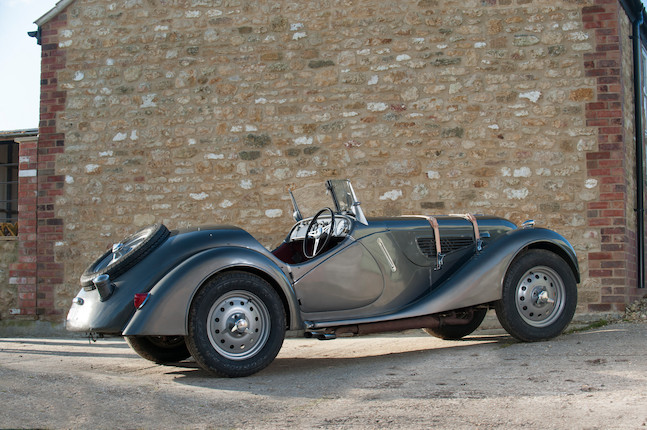 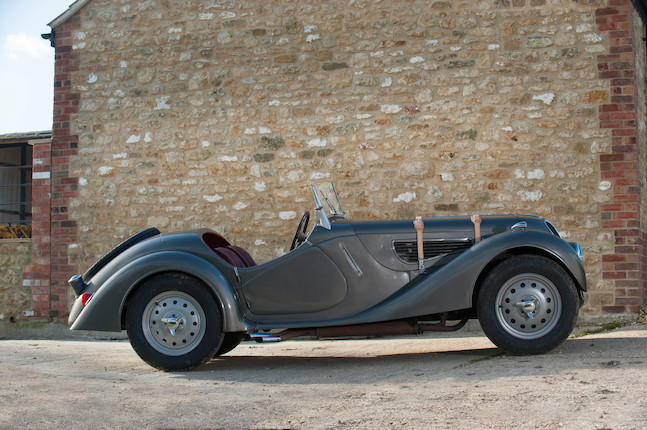 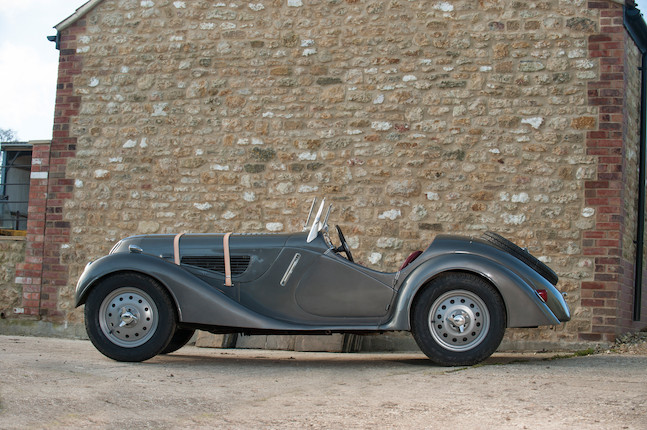 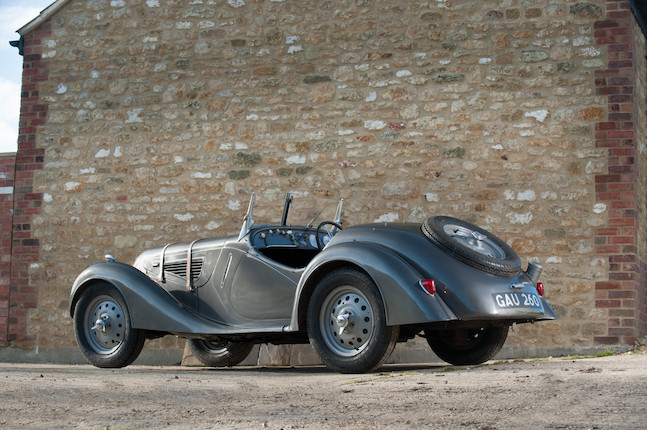 BMW's emergence as a manufacturer of fine sporting motor cars can be traced back to the annual Eifelrennen event, held at the Nürburgring on 14th June 1936, when Ernst Henne beat a field that included 1½-litre monoposto racing cars driving the prototype of what would become one of the most iconic sports cars of all time – the legendary '328'. The fact that this overwhelming victory had been achieved only eight years after BMW's establishment as an automobile manufacturer is all the more remarkable.

It had been the acquisition of the Dixi works at Eisenach in 1928 that provided BMW, hitherto a manufacturer of aero engines and motorcycles, with a foothold in car manufacturing. Dixi's built-under-license version of the Austin Seven was gradually developed and improved, ending up with swing-axle suspension and overhead valves, and then in 1933 came the first true BMW - the six-cylinder 303. The latter adopted a twin-tube frame and abandoned the rear swing axles in favour of a conventional live axle, while up front there was a superior transverse-leaf IFS and rack-and-pinion steering. These features, along with the four-bearing, overhead-valve engine, would provide the basis for the more powerful and sportingly inclined models to follow.

Lacking the resources of larger and longer established rivals, BMW adopted an evolutionary, 'mix and match' approach to model development. Thus the 328 employed the tubular chassis, transverse-leaf independent front suspension and live rear axle of the 319; the cylinder block and hydraulic brakes of the 326; and a body incorporating stylistic elements of the 319/1 Sport and 329. With the 328, BMW's Chief Engineer Fritz Fiedler turned accepted chassis design on its head, coming up with a frame that combined lightness and stiffness in equal measure - virtues that permitted the use of relatively soft springing with all its attendant advantages. In short: the 328 was the first truly modern sports car.

The 328's six-cylinder engine featured an ingenious new cylinder head, designed by Rudolf Schleicher, which incorporated hemispherical combustion chambers and inclined valves without recourse to overhead, or twin camshafts. Instead, the Type 326, 1,971cc engine's single, block-mounted camshaft and pushrod valve actuation were retained, thus avoiding an expensive redesign. Two rocker shafts were employed, one situated above each bank of valves, giving the engine an external appearance almost indistinguishable from that of a twin-overhead-cam design. Down-draught inlet ports contributed to the motor's deep breathing, and its tune-ability made it a popular choice for British racing car constructors, most notably Cooper, during the 1950s. The 328 engine produced 80bhp, an exemplary output for a normally aspirated 2.0-litre unit at that time, with more available in race trim.

The two door-less 328 prototypes and the first batch of cars were lightweight racers with aluminium coachwork intended to establish the model's competition credentials before production proper got under way. Available from the late summer of 1936, the production 328s featured doors and a convertible hood, and were well equipped and very comfortable in the manner of the best Grandes Routières. On the racetrack the 328 reigned supreme, winning its class at the Mille Miglia, Le Mans, Spa 24 Hours and Britain's Tourist Trophy. In 1940 an example fitted with special aerodynamic bodywork won the Mille Miglia outright.
The most advanced sports car of its day, the 328 remained competitive for years after the war, a state of affairs that only served to further enhance its reputation, which was out of all proportion to the limited number produced. Between 1936 and 1939 only 426 BMW 328s were made, of which fewer than 200 are believed to exist today.

In late 1934, AFN Ltd concluded an agreement with BMW for the importation of their cars into the UK where they were sold as Frazer Nash-BMWs, some with coachwork by British firms and others with German-made bodies. Built at BMW's Eisenach factory, this late 328 is the penultimate example sold in the UK prior to the outbreak of WW2. Denis Jenkinson's 'The AFN Story' confirms that '85.415' was sold in July 1939 to a Mr R W V Smith of Nottingham and registered as 'GAU 260', the registration that has remained on the car to this day. An original old-style buff logbook on file similarly confirms the date of first registration to be 6th July 1939.

In 1951, '85.415' was offered for sale by the well-known dealership Performance Cars of Windmill Garage in Brentford, Middlesex. A picture and correspondence on file confirms that it appeared in their advertisement in the October 1951 edition of Motor Sport magazine, offered at £950. At this point the car sported external headlamps, a single-piece windscreen and two-tone colour scheme, modifications made during the late 1940s doubtless to give the car a vintage appeal.

In the late 1950s the 328 was owned by a Mr Nev Howe of Norfolk. He returned the headlamps and windscreen to original specification and painted the car in British Racing Green. This was confirmed by a letter Mr Howe wrote to the BMW Historic Car Club in October 2014, appearing in the Club's magazine together with photographs.

In 1962 the car was purchased from a Devonshire farmer by Colin Harrisson, a serving Lieutenant in the Rifle Brigade at the time. The buff logbook then shows an ownership change on 18th June 1963 when the car was sold by Colin to a Mr Robert John McArthur of Hounslow, Middlesex. Colin Harrisson had meanwhile competed in various Hill Climbs with the car during his brief period of ownership and only sold GAU 260, which he greatly cherished, because of a posting to the Far East for two years. Colin recalls today that the car handled superbly and was quicker than more modern opposition.

Apart from blowing a cylinder head gasket at Prescott due to some over enthusiastic driving, GAU 260 proved very reliable and was used as daily transport! In October 1966 the car was sold to the well-known BMW 328 specialist dealer Tony Mitchell, based the near Farringdon. He sold the car the following year to Ian Sanders Beardsley of Sheffield. The buff logbook on file confirms that the 328 was registered at their Sheffield address on 13th September 1967, then at their new address in Derby on 15th July 1968.

In 1971 Tony Mitchell repurchased the car and sold it again early in 1972 to Lord Cranworth, a well known motoring enthusiast with a substantial car collection housed in his own museum. Tony Mitchell had the engine, gearbox and braking system rebuilt, as detailed in an invoice on file to Lord Cranworth dated May 1972. The invoice, to include a rubdown and repaint in Gunmetal Grey, totalled £843.92. Accompanying correspondence on file from Tony gives advice on the car's controls, foibles and running-in procedure. A photograph on file shows the car with hood up shortly after delivery to Lord Cranworth. On 29th June 1972 Lord Cranford registered the 328 to his Gloucestershire address near to Tony Mitchell; however, the car was placed on show at his Banham Motor Museum in Suffolk.

The museum was dispersed in the early 1980s and most of the cars were sold at auction. However, Lord Cranford retained a few of his favourite cars and passed them on to his children.

Since purchase by the family in 1972, the 328 has seen hardly any use at all; indeed, a tax disc dated 1972 remains on the windscreen. When not on view in the museum, the car has been in storage, latterly in Gloucestershire. It was serviced and maintained occasionally, as detailed by numerous invoices on file, and is currently MoT'd.

Today the car is in delightfully original order, with a most marvellous patina one rarely finds in a 328. Fortunately '85.415' has never been fully restored and so retains its original character, unlike so many others. The car has recently been recommissioned for the road. This has being completed by an engineer who for three decades was the private mechanic for the late John Coombs. Mr Coombs was a great exponent of the 328 model and he had three rebuilt by this gentleman, including one that arrived in a number of cardboard boxes and after completion was sold by Bonhams at its Bond Street Auction in December 2013 (Lot 22). This 328 really is quite a find and it is doubtful there will be another like it available for quite some time, if ever.