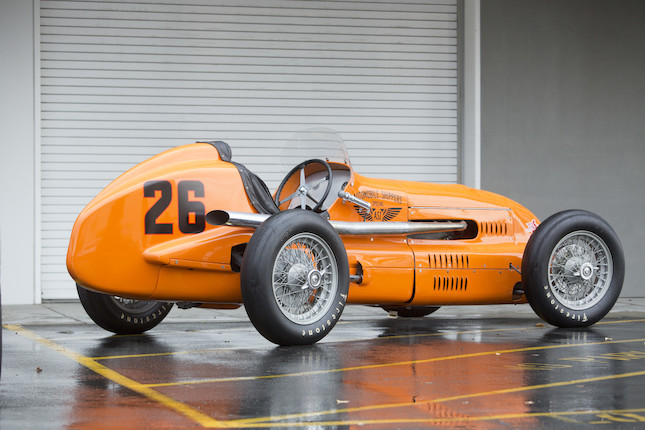 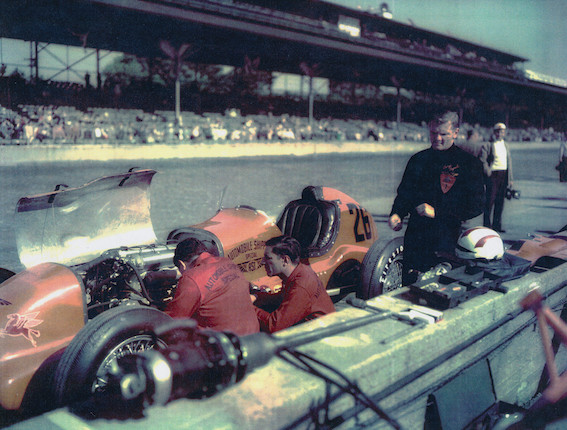 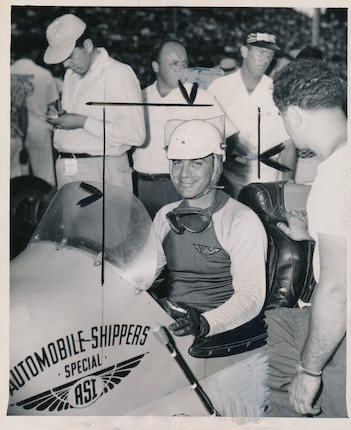 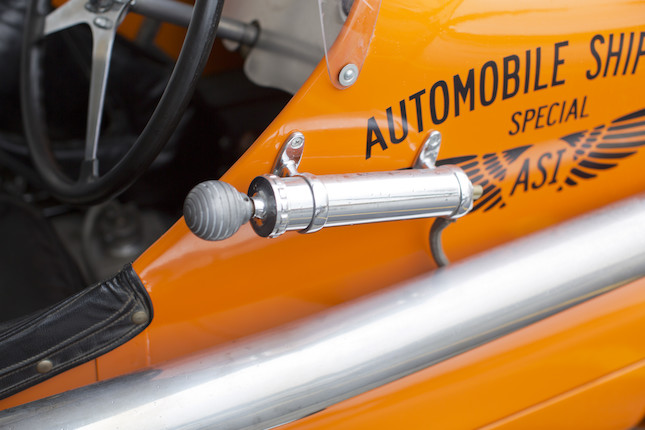 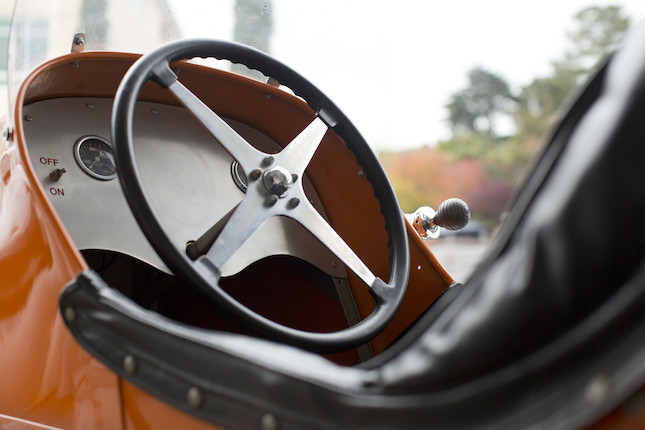 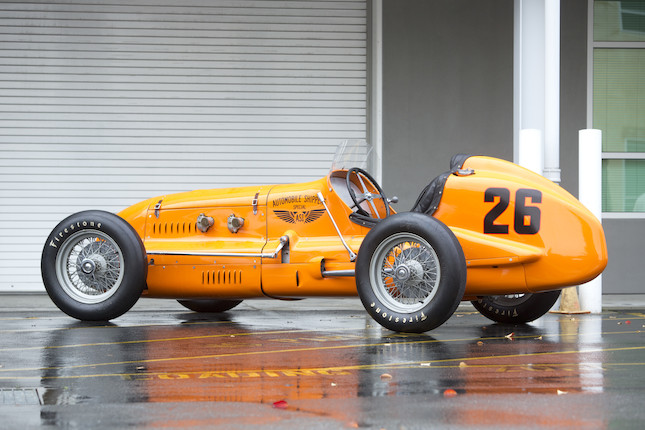 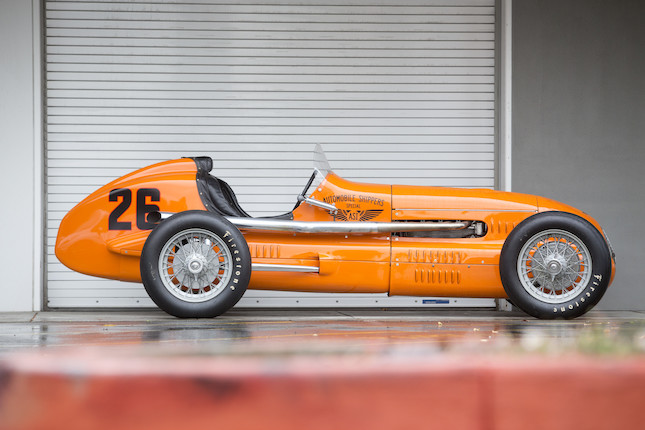 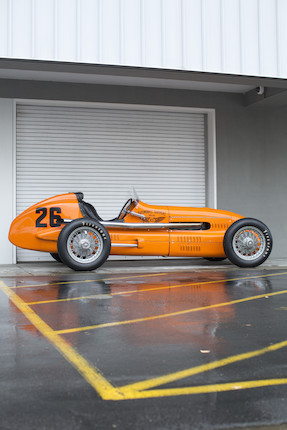 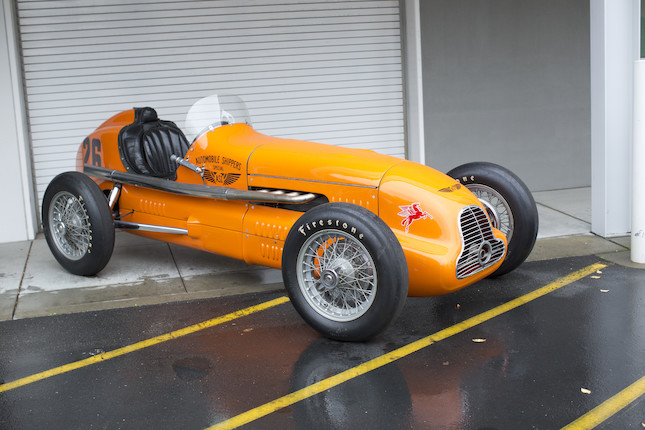 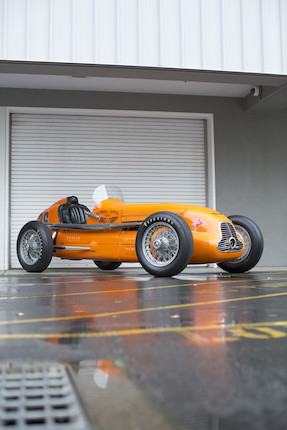 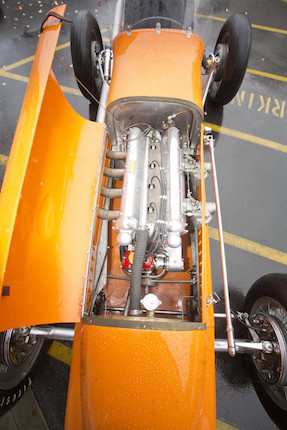 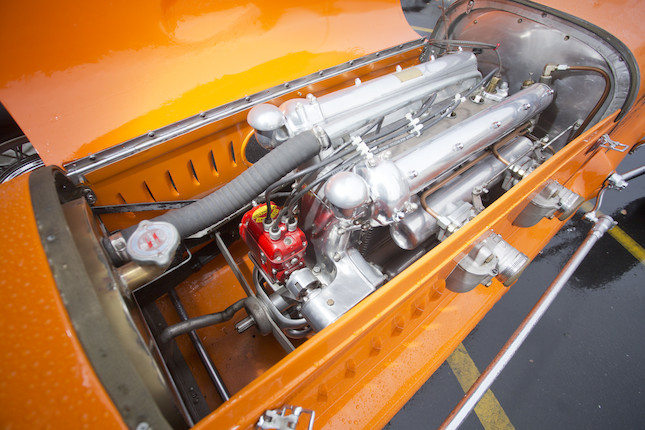 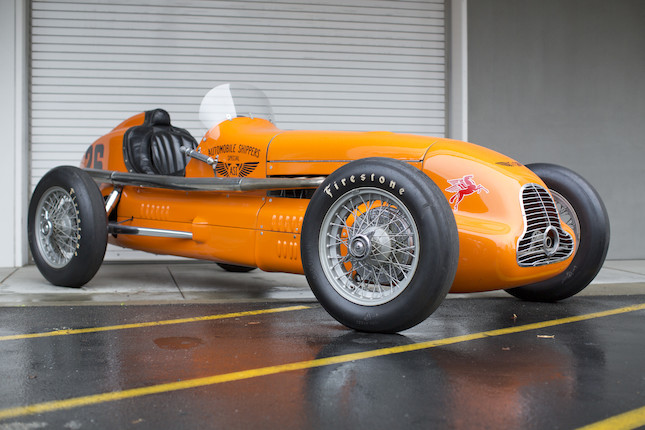 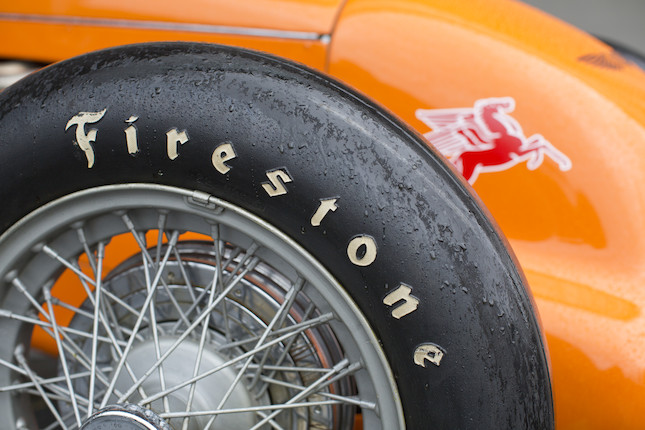 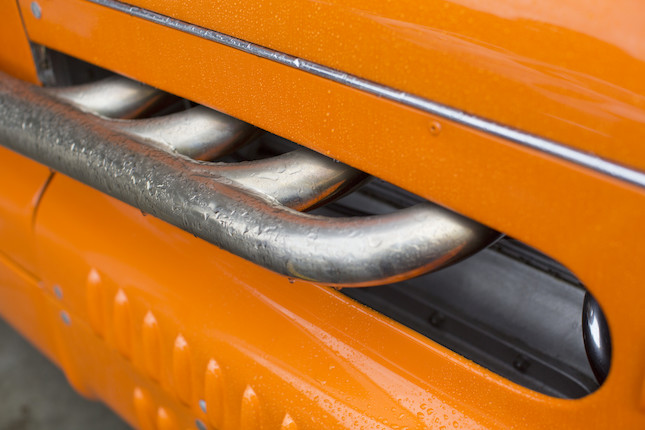 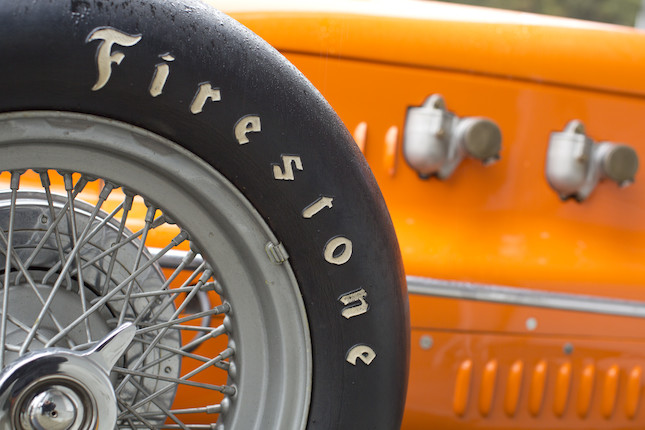 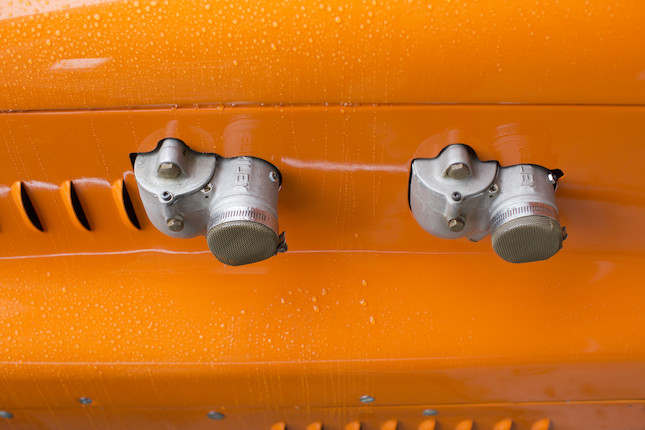 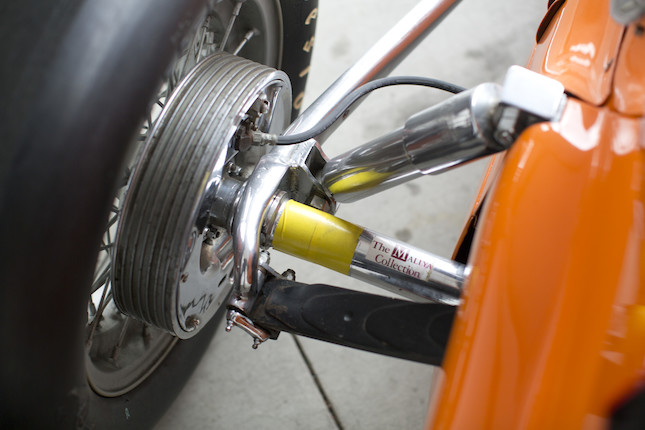 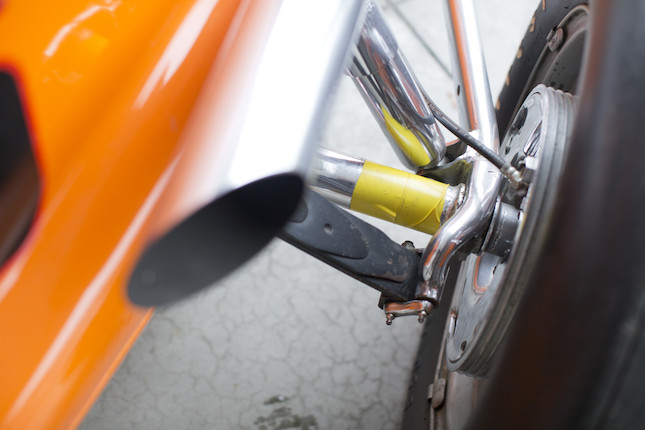 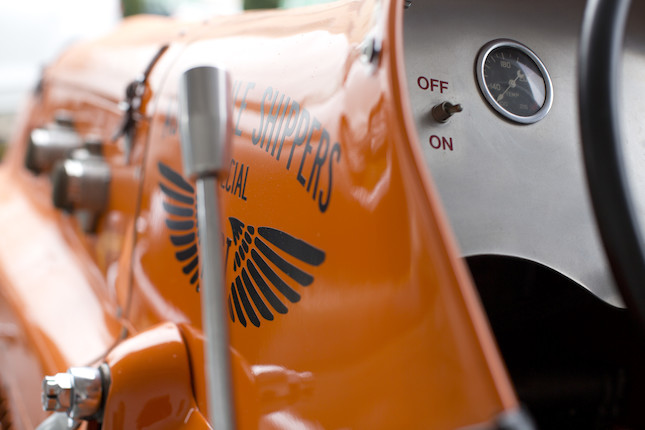 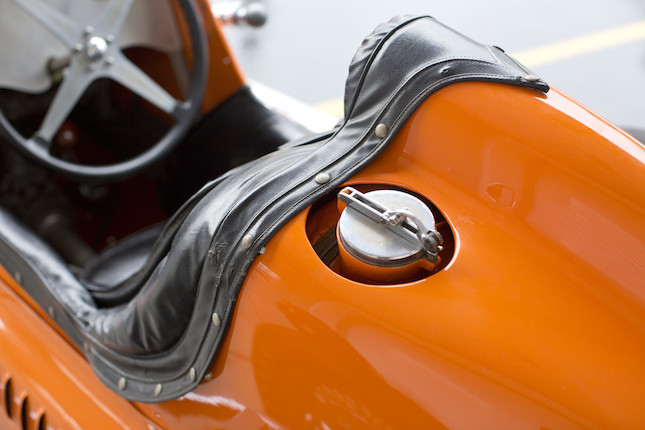 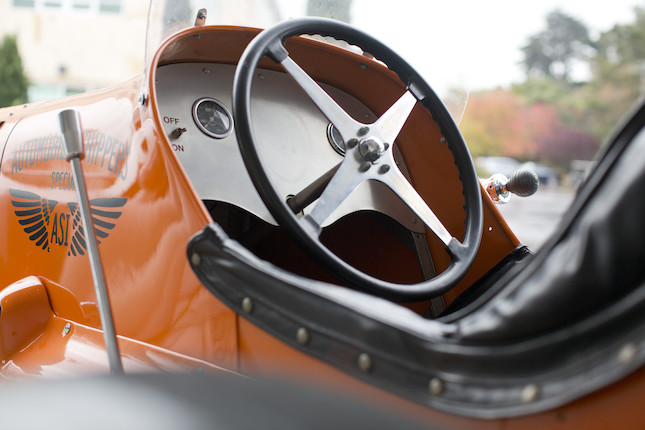 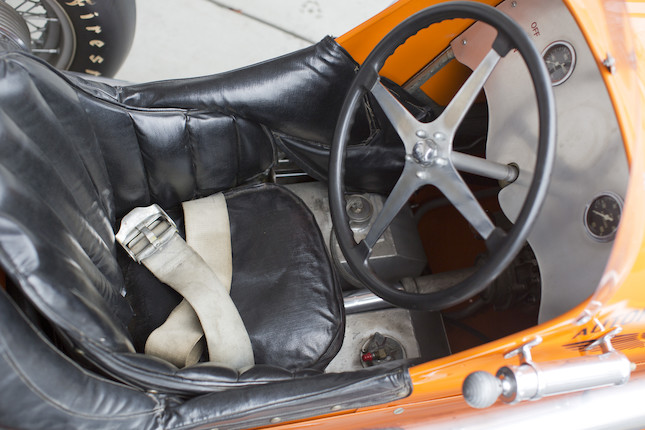 In 1950 at the Indianapolis 500, Louis Rassey put a one-legged East Coast midget car racer, Bill Schindler, in his rail-frame 270 Offenhauser-powered upright racing car. It was a marriage made in heaven.

Bill Schindler had built a nearly unparalleled record of success racing midgets. He was a legend who drove all sorts of midget race cars – imaginative creations powered by outboard motors, JAP and Harley-Davidson vee-twins, Indian and Henderson fours, Ford V8-60's and the ultimate Offenhauser twin cam fours – to stirring, crowd pleasing wins in some of the most exciting races of the 1930s and 1940s. Schindler won on every surface, from dirt and pavement to the final surviving high-banked board tracks.

No one was faster or more consistent than Schindler, the "Freeport Flash", despite losing his left leg following a crash at Mineola, New York in 1936. A multiple championship winner in midget series, and with nothing left to conquer behind the wheel of midgets, Schindler tried his hand in AAA Sprint Cars in 1950, filling in for Joie Chitwood filming racing sequences for the movie "To Please a Lady" starring Clark Gable in April.

Chitwood convinced car owner Ervin Wolfe to let Schindler substitute for him in a race on April 24, and Schindler showed what he could do, finishing second to Duane Carter in a stirring drive. The next race on the AAA circuit was the Indianapolis 500 and Schindler made the trek to the Brickyard in search of a ride. There no one seemed to be interested in a one-legged driver, especially one who had angered the AAA's owners years prior when he had set up the competing, and eventually supremely successful, American Racing Drivers Club, to sanction midget racing. Lou Rassey's Auto Shippers Special also seemed a bit long in the tooth; it was aged. In a genius marriage, Rassey put the under-rated midget driver in his Big Car.

Rassey and mechanic Ed Zalucki had built the Auto Shippers Special for the 1948 500. Initially powered by a V-16 engine Rassey had built from components acquired from Harry Miller, and driven by the experienced Louis Durant, the car developed engine trouble during practice and the V-16 was swapped for a Meyer & Drake Offenhauser four. Their qualifying attempt was rained out.

The team came back in 1949 with George Lynch behind the wheel, qualifying eighth. But Lynch crashed on the second lap, prematurely ending what might have been a successful run at the Brickyard.

Schindler showed both his own and the Auto Shippers Special's potential by passing his rookie test with flying colors, then qualifying it with the fifth fastest time at 132.690 mph after the first day of qualifying; the time would ultimately put him in the 22nd starting spot for the 500. A spin put him at the back of the field early, but by 111 laps he was nearly in the top ten when a universal joint failed. Just 12 laps later rain started to fall and the race was flagged in a procession at 138 laps. Rassey knew he had a good thing in Schindler, but good subsequent qualifying performances couldn't offset unreliability, with 12th at Springfield and 7th at Darlington to show for their partnership. In 1951, Schindler and Tommy Hinnershitz waged a tremendous season-long battle with Schindler winning 10 races to Hinnershitz's six. Schindler died a year later in Allentown, Pennsylvania in a fence-clearing accident, the end of a brilliant career marked by his unexpected success in his debut appearance at Indianapolis in 1950.

In 1982, the Auto Shippers Special Indy Roadster was acquired by David Uihlein for his fabled collection; it represented a pristine example of the evolution of American open wheel racing cars in the late 1940s and early 1950s. Uihlein had it restored to its 1950 Indianapolis configuration as driven by Bill Schindler with a Jud Phillips-built Offenhauser 270 four, dual Riley carburetors, and brilliant Auto Shippers' orange livery. It has been carefully preserved ever since after passing into the present owner's exceptional collection in 1998, and has been displayed at the Pebble Beach Concours d'Elegance.

The 1948 Auto Shippers Special represents a milestone in the evolution of American open wheel race cars, the pinnacle of the upright sprint cars that raced...everywhere, on dirt, pavement and bricks, from Indy's 2 1/2 mile expanse to tight bullrings in the hands of drivers with legendary skills, courage, sensitivity and reactions. It embodies Bill Schindler's talents, a driver who could make a frog look like a prince, seizing the best from machinery, tracks and opportunities with modesty and good humor.

It is a driver's car, driven at Indianapolis by one of the best drivers of the era, Bill Schindler.

Offered on a Bill of Sale.