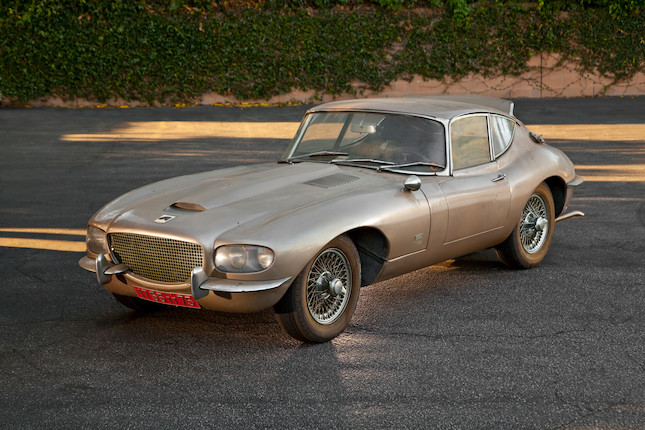 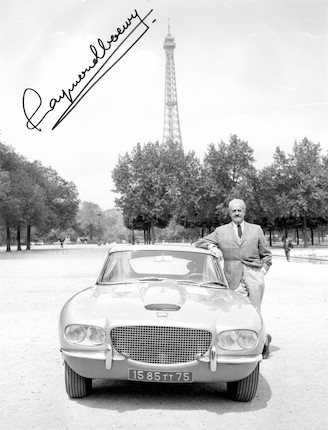 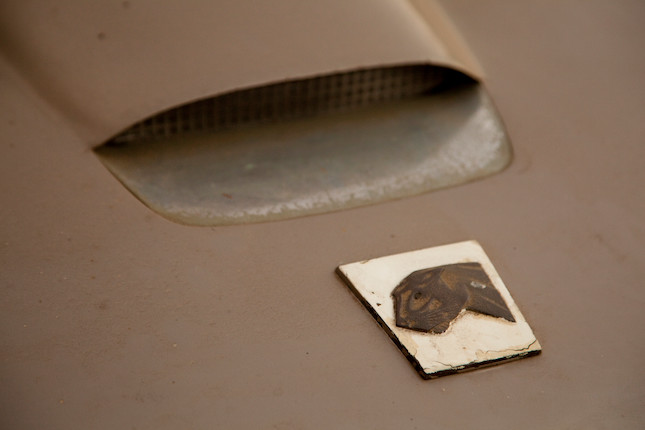 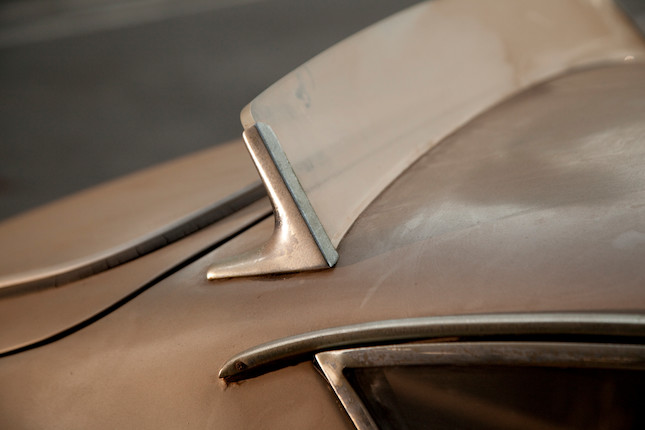 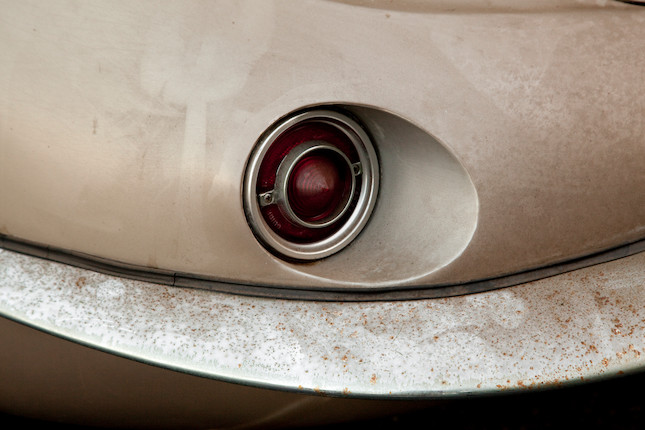 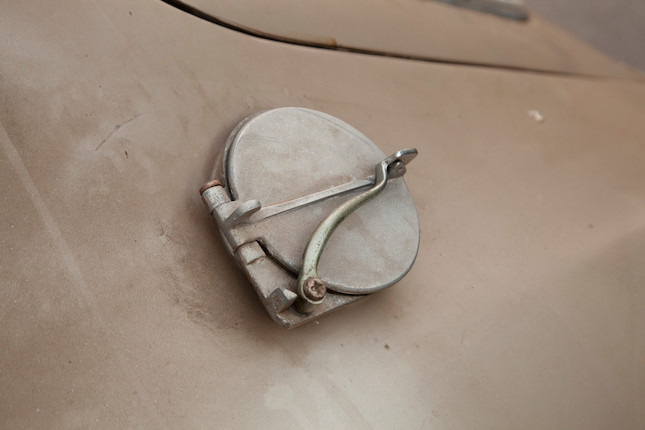 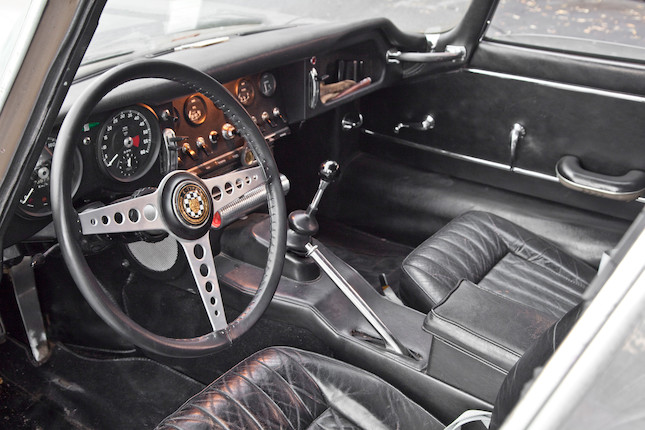 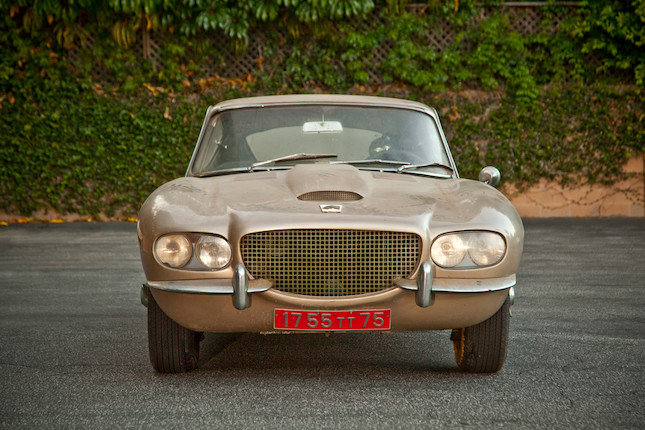 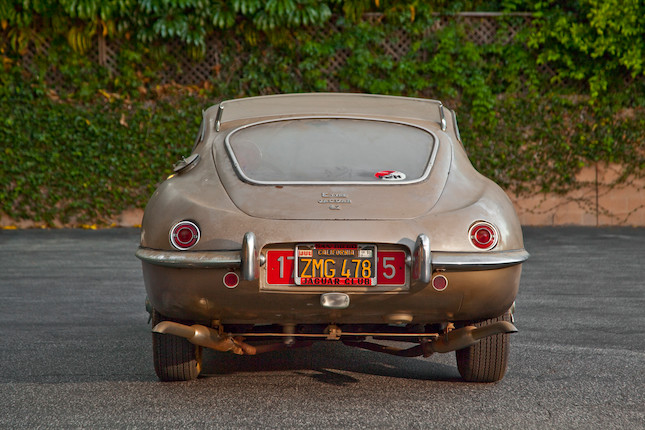 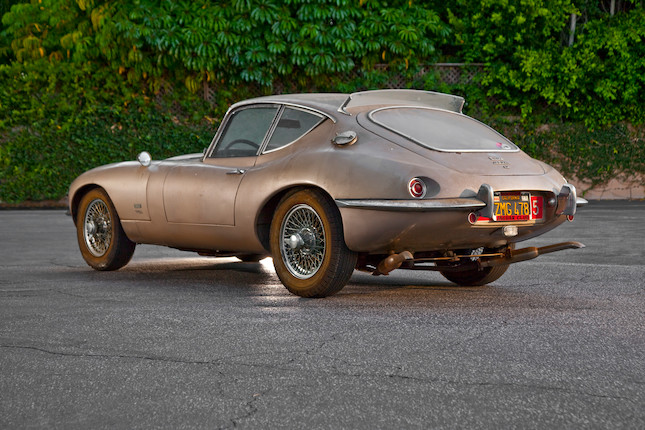 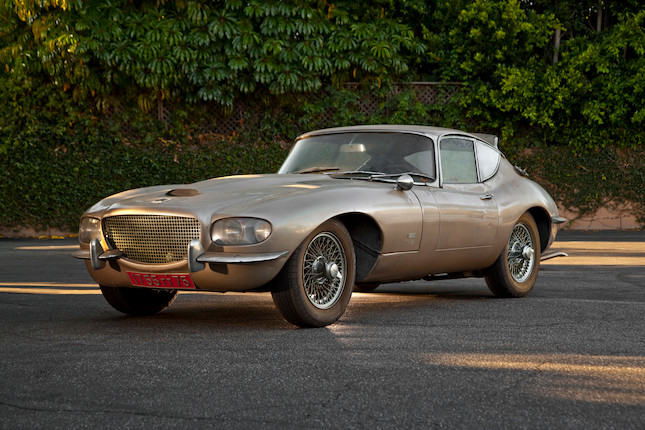 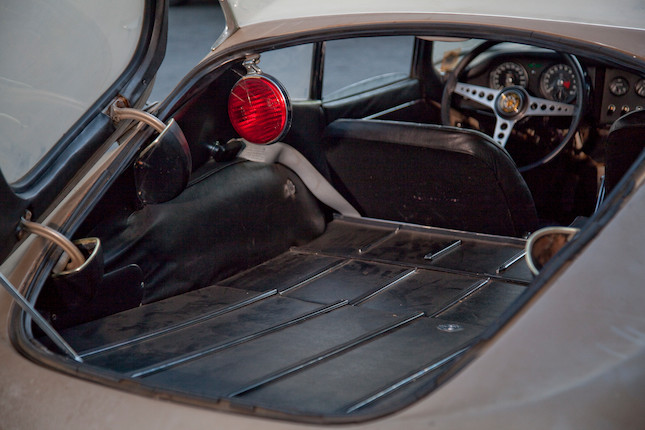 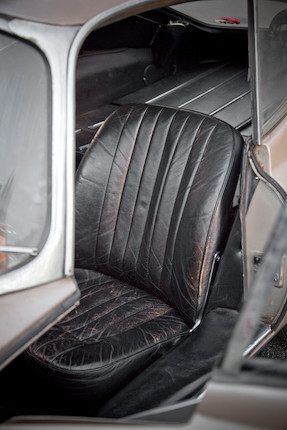 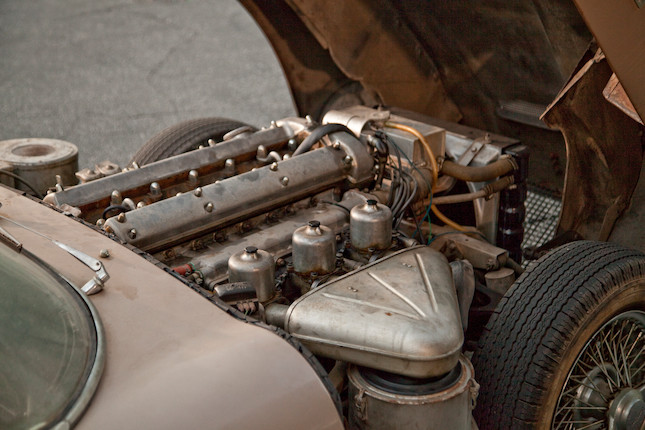 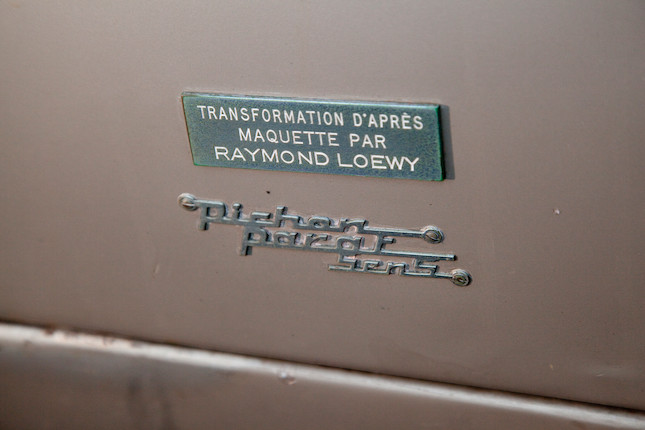 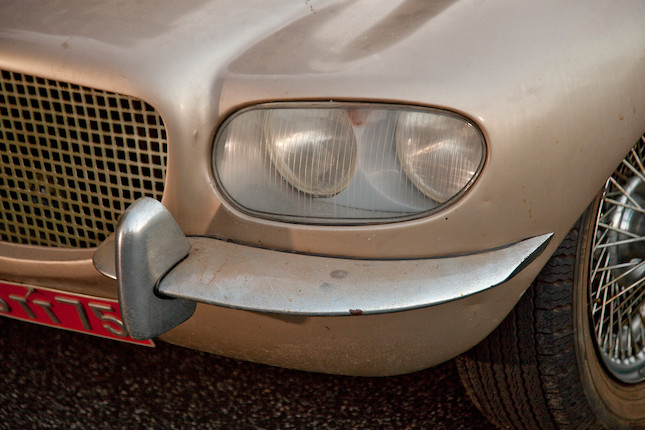 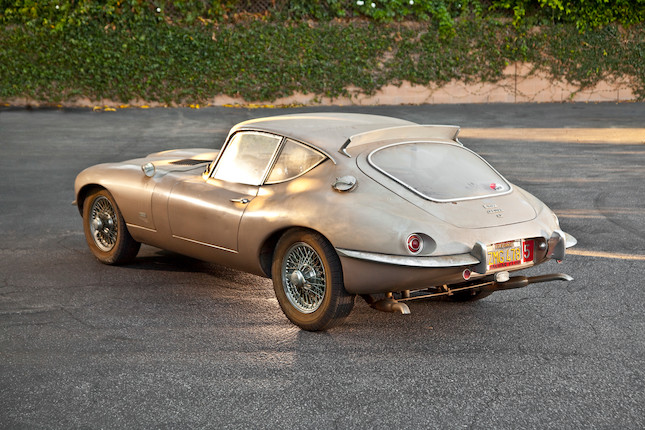 The startling E-Type coupe on offer is one of only two Jaguars restyled and customized by world-renowned industrial and automotive designer Raymond Loewy (it is the only one of them remaining; the other was created from a 1955 XK-140, and was demolished in a fire in 1957). Pinchon-Parat of Sens, France, accomplished the substantial redesign coachwork on this E-Type and the car was owned and driven by Mr. Loewy while he lived in France and Monaco. Mr. Loewy’s accomplishments are many and varied; he designed everything from office equipment to locomotives; his portfolio includes the uniquely tapered Coke bottle, and among his well-known logo designs are that of British Petroleum (BP), the Shell Oil Company, and the United States Postal service. His best known automotive design work was for Studebaker, including his assembly and spearheading of the team that designed the Studebaker Avanti of the early 1960s.

Mr. Loewy’s E-Type was left mechanically stock; his redesign work restricted to the body panels, and side window openings and glass. The car was shortened fore (25cm) and aft (12cm); the new nose encompassing a dual headlight treatment, with the quad lights mounted behind plastic covers. The car’s original radiator opening was also dispensed with in favor of a large oval shaped metal grille, which likely improved the E-Type’s marginal cooling capacity. The factory taillights were replaced with Chevrolet Corvair units frenched into the quarter panels, and the dual exhaust pipes, which normally exit just below the rear license plate, are splayed outward exiting the tail of the car at approximately 45 degree angles. A unique glass “spoiler” was mounted at the trailing edge of the roof.

Mr. Loewy anticipated today’s Center High-Mounted Stoplight regulations by placing a large, red taillight in the aft cabin, visible through the 25% larger than stock rear window, activated by the brake pedal. The interior remains otherwise stock. The car is original and exactly as designed by Mr. Loewy and constructed by Pinchon-Pirat. It is reported to run well, and be in solid mechanical condition, although it needs servicing and brake system refurbishment.

The car is consigned for sale by the family of the third owner, late architect and automotive designer James Murry Hunt, who studied under Mr. Loewy early in his career. At some point, Mr. Loewy sold the car to another individual in France, who owned it for some time, before advertising it in The New York Times or The Wall Street Journal. Mr. Hunt spotted the advertisement 1970, purchased the car sight unseen, and imported it to San Diego, California, where he owned it for the rest of his life. It has spent the last 40 years hidden away in Mr Hunt’s garage and considered lost to much of the motoring community.

Given a thorough detail and mechanical service, the Raymond Loewy E-Type will represent a certain invitation to many of the world’s great concours, and with 2011 being the 50th anniversary of the original E-Type’s debut, one could hope for no more a unique and historic example of such an iconic model than this.

Please note this title is in transit.